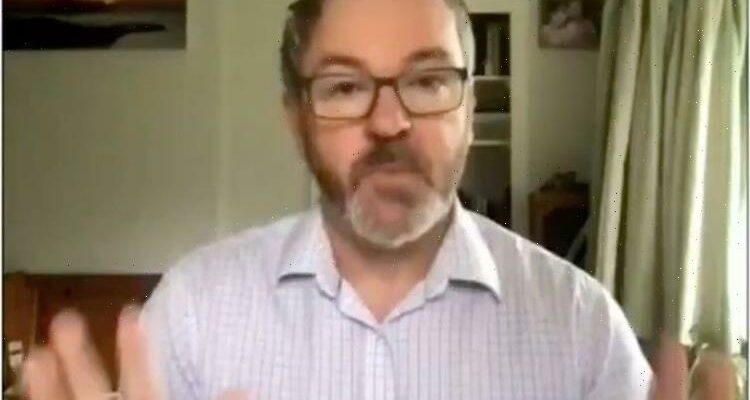 Government should divert funds from Test and Trace says expert

Professor of Evidence-Based Medicine Carl Heneghan has accused No.10 for “spending more on test and trace than the whole of the primary care budget”. He also called for mass testing funding to be spent on NHS health services instead.

Speaking on TalkRadio, the host Julia Hartley-Brewer asked: “In terms of lateral flow tests or mass testing of perfectly healthy children, given some of the questions or the accuracy of these tests, particularly when you don’t have symptoms.

“Is there really any point? Is this a good use of our national resources.”

Professor Carl Heneghan answered: “Look, this is a big wider issue now that people have to get their head around.

“We are spending more on test and trace than the whole of the primary care budget.

“There are lots of stories coming out about the problems in general practice, we need to get a dose of reality here.”

He went on: “There needs to be some money taken away from the mass testing and test and trace, and going into the health service.

“We’re talking over 5 million people who are now on waiting lists.

“This is an urgent problem now that needs people to look at it and go, ‘we need to shift the focus back to an evidence base.”

The professor continued: “In terms of the mass testing approach, we need to start to think about how we now switch it off, divert the funds to where the healthcare is needed.

“And if we had that wider contextual database, people will be going ‘oh my gosh look at all the problems we’ve now got’.

“‘Can we have a database with the number of people on waiting lists for heart surgery, for hip operations’.

“Then they may focus on what are more important.”
Source: Read Full Article