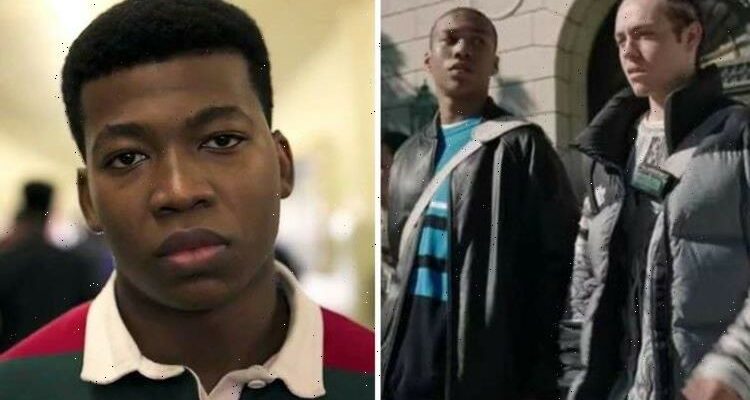 Power Book III: Raising Kanan launched on Starz last week, Sunday, July 18, telling the back story of drug dealer Kanan Stark (played by Curtis Jackson) from the original drama. The prequel is set in Southside Jamaica in the 1990s with Kanan at the heart of the story as he is eager to start dealing like his mum Raq (Patina Miller). Viewers assumed some of Power’s other main cast members were also going to be in the series after a teaser came out last year.

The first of the spin-offs Power Book II: Ghost came out in September 2020.

When the season came to an end, there was a short scene showing a young Ghost, Tommy and even Angela when they were at school.

This made fans even more excited for Power Book III which had already been announced to be a prequel.

However, creator Courtney Kemp has since explained this will not be a story about Ghost or Tommy.

Why won’t young Ghost and Tommy be in Raising Kanan?

Kemp has explained she didn’t want to do a prequel on the best friends and dealers as this was “boring” to her.

She told TV Line: “Power fans have been clamoring for a prequel for a really long time.

“A lot of people thought they wanted to see Ghost and Tommy as kids. But that’s not an interesting story to me.

“With Ghost and Tommy, you know that they’re going to live.”

As fans know, Ghost and Tommy grew up together and had been best friends since their school days.

They both started dealing drugs and eventually went on to become business partners.

Ghost and Tommy are the main stars of the original Power drama but Kemp says everyone already knows about their stories so wanted to put the spotlight on Kanan.

There is another very logical reason for the pair not starring in the Power prequel.

Kanan was older than Ghost and Tommy so at the time when Power Book III is set, the two are still just children.

Kemp said: “I just hate being asked about Ghost and Tommy in the prequel.

“Ghost and Tommy are 10 years old at the start of this series.

“There is no conversation we need to have about them right now, because they are children in the fifth grade.

“And I know the whole Power universe is going to be like, ‘Where is Ghost and Tommy?’

“But this is not a Ghost and Tommy origin story. That’s boring. Who cares?”

Raising Kanan will continue on Starz this weekend, Sunday, July 25.

The second episode of season one will be called Reaping and Sowing.

The synopsis reads: “After a rival crew member is killed, Raq does whatever is necessary to get the target off Kanan’s back.”

Power Book III: Raising Kanan is available to watch on Starz and Starzplay in the UK.