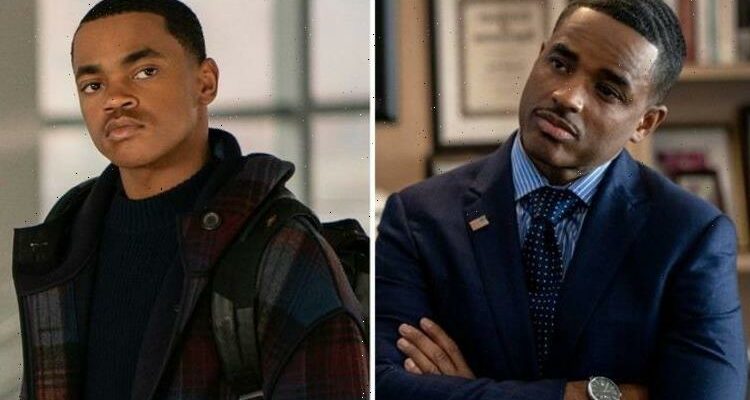 Power Book II: Ghost was the first of the four spin-offs to come out, telling fans what happened to Tariq St Patrick (played by Michael Rainey Jr) after the death of his dad James “Ghost” St Patrick (Omari Hardwick). The Starz drama was renewed for a second series last year and now it’s almost time to pick up from where it left off. Express.co.uk has everything you need to know about who will be in the first episode of season two.

Who is in the premiere of Ghost?

Frank Whaley will be joining the cast for Power Book II season two on Starz.

No details have been revealed on what role his character will play in the show but Whaley will be someone called Lucas.

Whaley is an actor, film director, screenwriter and comedian who is known for films such as Pulp Fiction, The Doors, Field of Dreams and Swimming With Sharks.

Most recently, he starred as Detective James Connor in Paramount+ drama Interrogation.

Power fans will be more than acquainted with actor Larenz Tate who starred in the original drama as Rashad Tate.

He was briefly seen in the first series of Power Book II but it has now been confirmed Tate is going to return as a series regular for season two.

Tate was determined to become the next governor of New York but lost the race and so it is expected the shady politician will once again be up to no good to fulfil his ambitions.

The actor will be getting his own spin-off show Power Book V: Influence which is expected to arrive in 2022.

Actress Paton Ashbrook is going to be in the season two premiere as lawyer Jenny Sullivan.

Jenny was previously working on the case with Tasha St Patrick (Naturi Naughton) when she was behind bars for Ghost’s murder.

She will be returning to start on her next case which revolves around the murder of professor Jabari Reynolds (Justin McManus).

Previously, Ashbrook has been in House of Cards, Shameless, Madam Secretary and Limitless.

Actor Berto Colon has been promoted to series regular after appearing as Lorenzo Tejada in season one.

Lorenzo is the banged-up husband of Monet Tejada (Mary J Blige) who will be let out of prison in the latest series.

Colon has appeared in various television series over the years according to his IMDB page.

One of his best-known roles was in Netflix’s Orange is the New Black as Cesar.

Becca Weston will be welcomed to the cast as Brayden Weston’s (Gianni Paolo) sister.

She is played by actress Samantha Blaire Cutler who is new to the entertainment industry.

Some of her minor roles have been in FBI: Most Wanted, Sisters and Late Night with Seth Meyers.

Power Book 2 season 2 will start on Sunday, November 21, on Starz and Starzplay.