Boris Johnson: 'No one is shedding a tear' says Morgan

Boris Johnson has resigned after 59 MPs stepped down from their ministerial roles in opposition to Mr Johnson clinging to power despite several calls for him to quit. Piers Morgan argued that, as he addressed the country on Thursday to announce he’d be stepping down as Conservative leader and would remain Prime Minister until the autumn, Mr Johnson appeared “emotionless” despite “constantly crying” behind closed doors.

Reflecting on Mr Johnson’s sensational exit after weeks of pressure to resign, Piers commented: “It was the most singularly unemotional spectacle, his farewell speech.

“A, by him, he didn’t have an emotional bone in his body about anything other than, ‘It’s not my fault gov, blame the Tory heard’, but also all around him were just people like either laughing or like whatever… nobody seems to care.”

Speaking to TalkTV viewers on his evening show, Uncensored, the broadcaster went on: “It reminded me a bit of when Arsène Wenger finally left as Arsenal manager years after he should have done.

“There wasn’t a tear shed. I don’t think anyone out there in the country is shedding a tear for Boris Johnson.” 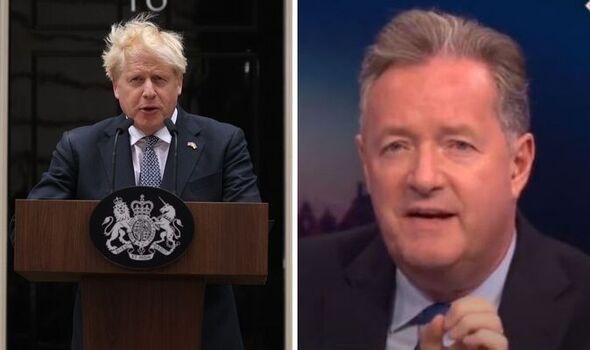 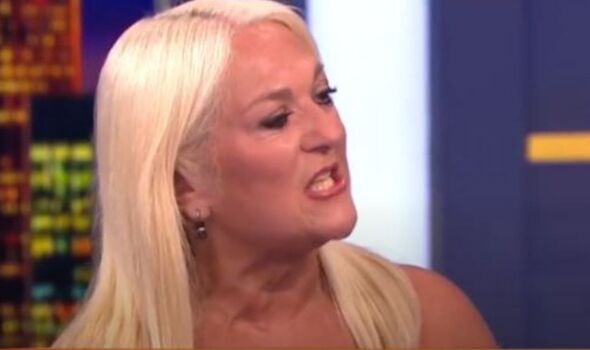 Guest Vanessa Feltz felt differently, and asked: “Maybe I’m the only one [who cried]. Do I interrupt your soliloquy to give a different thesis on why?”

“Is that not the Etonian stiff upper lip coming through there?”

Piers scoffed: “Hello… I was told by one of his ex-girlfriends, who shall remain nameless… although I might name her, that he’s constant blubber! 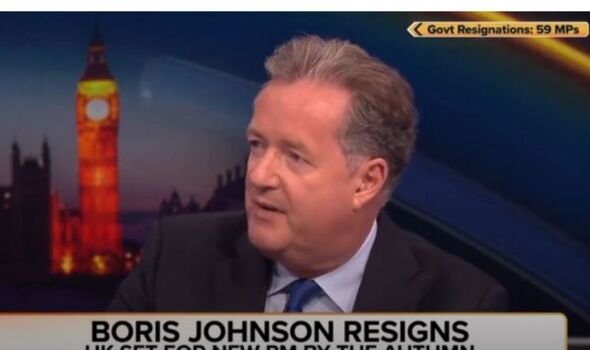 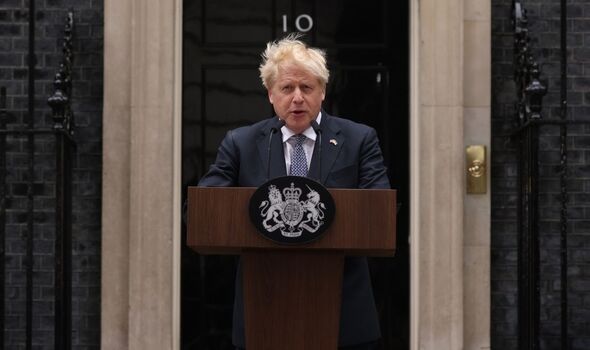 “So the idea that he managed not to cry in this most pivotal moment of his life, probably…”

“Did you not think there was a moment where he caught his breath and looked like he might cry?” Vanessa, 60, asked.

Vanessa clarified: “When he mentioned the public… when he suddenly said, ‘I want to thank the public,’ there was a catch of breath in there, slightly.

“I thought it was years of Etonian schooling, controlling emotions.”

“No!” Piers repeated as Vanessa asked passionately: “How can he not have felt something?”

He added: “I was told this by somebody who was with him for a long time.”

In a lengthy speech, Mr Johnson told the nation: “It is clearly now the will of the parliamentary Conservative Party that there should be a new leader of that party and therefore a new prime minister, and I’ve agreed with Sir Graham Brady, the chairman of our backbench MPs, that the process of choosing that new leader should begin now and the timetable will be announced next week.

“And I’ve today appointed a cabinet to serve, as I will, until the new leader is in place.

“So I want to say to the millions of people who voted for us in 2019, many of them voting Conservative for the first time: ‘Thank you for that incredible mandate, the biggest Conservative majority since 1987, the biggest share of the vote since 1979.’

“And the reason I have fought so hard in the last few days to continue to deliver that mandate in person was not just because I wanted to do so, but because I felt it was my job, my duty, my obligation to you to continue to do what we promised in 2019.”