How to Spend It Well at Christmas with Phillip Schofield was full of festive insights on Tuesday night (December 4), but the man himself has now shared a hilarious outtake which viewers didn’t see during the episode.

Posting on Instagram, the This Morning co-host offered a funny taster from behind the scenes.

This won’t be on #howtospendit tonight at 8 on @itv ??

This won’t be on #howtospendit tonight at 8 on @itv 🙄😂

Shot for the smart home segment of the episode, Schofield can be seen barking instructions at a handsfree lamp. But there’s one problem – the female-voiced product just won’t obey his orders.

He demands “Computer, turn the big lamp off” twice, but to no effect, eventually losing his cool in the process.

Schofield finally says: “Computer, you are fecking useless!” to which the lamp simply replies: “I’d rather not answer that.”

And so another classic TV blooper was born. 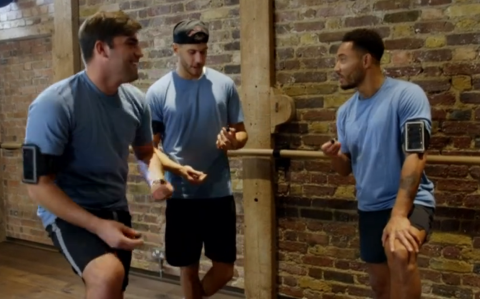 Three of this year’s Love Island boys also took part in Tuesday’s episode, with Jack Fowler, Jack Fincham and Josh Denzel helping to test out a range of wireless earbuds.

As seems tradition with the show, the most expensive products turned out to be the least accessible and usable – which sends a disconcerting message to those doing their Christmas shopping in the technology department. 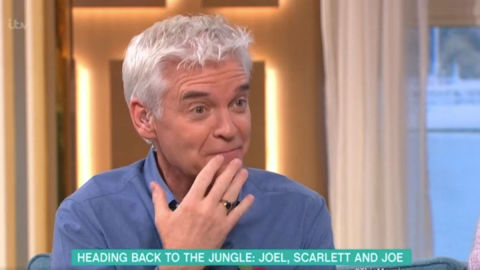 Host Schofield recently revealed that ITV bosses urged him to lose his natural grey hair earlier in his career.

He recalled of the time he stopped dying it at the same moment as signing a contract with ITV, explaining: “My office got a phone call from the Head of ITV, they said: ‘Can you please tell him to put it back? We didn’t hire a grey guy’. And someone else said, ‘He looks like a badger’ – so I went back into the grey closet.”