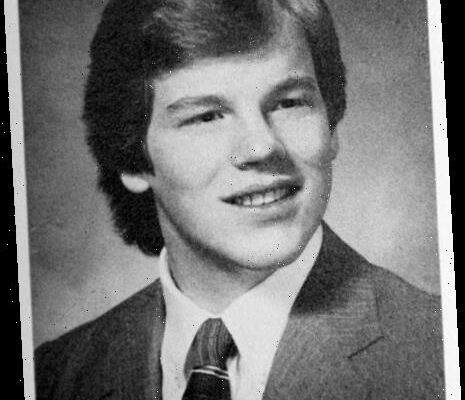 Raised in Fairport, N.Y., Philip Seymour Hoffman began his career before he graduated high school in 1984, landing his first professional stage job at a regional theater, according to Turner Classic Movies. Continuing his path to Hollywood, he moved to the Big Apple to study acting at New York University. That path meant conquering the ultimate rite of passage for rising stars: Law & Order, on which he appeared at age 24 in a 1991 episode titled “The Violence of Summer.” Playing an up-to-no-good punk who committed sexual assault, it was his first credited role. A year later, he got his big break with a supporting role alongside Al Pacino in 1992’s Scent of a Woman. Hoffman met his future partner, costume designer Mimi O’Donnell, in 1999 while he was directing the play In Arabia We’d All Be Kings, a drama about the changing tides of N.Y.C.’s Times Square. The longtime couple was often spotted on family outings around the city. Suiting up as literary legend Truman Capote in 2005’s Capote earned Hoffman a Best Actor Oscar. “I’m overwhelmed,” he said in his acceptance speech, giving his mother a sweet shout-out. “She brought up four kids alone, and she deserves a congratulations for that.” Off-screen, Hoffman proudly embraced an even more important role: father. Together, he and O’Donnell welcomed three children: daughters Tallulah, and Willa and son Cooper. “It’s hard for anybody who works a lot and has children,” he told PEOPLE in 2007. “But I wouldn’t trade it for anything. When you become a parent, you look at your parents differently. You look at being a child differently. It’s an awakening, a revelation that you have.” Hoffman joined the all-star cast of The Hunger Games as head gamemaker Plutarch Heavensbee in the franchise’s second installment, Catching Fire, which arrived in theaters in 2013. Two more films are scheduled for release in 2014 and 2015. Hoffman stepped out at the 2014 Sundance Film Festival, where he promoted God’s Pocket, a drama about the cover-up of an accidental death. Weeks later, the actor was found dead of an apparent drug overdose at age 46. “We are devastated by the loss of our beloved Phil and appreciate the outpouring of love and support we have received from everyone,” his family said in a statement. “This is a tragic and sudden loss and we ask that you respect our privacy during this time of grieving. Please keep Phil in your thoughts and prayers.”