The Kardashians is returning for a second season and Pete Davidson is about to make his reality TV debut.

It’s been three months since the finale of season 1 aired but the drama didn’t stop there, because the upcoming second instalment has everything from weddings to births, and health cares to lawsuits – buckle up!

The pair kept their romance on the down-low for a while before Kim felt ready to shout about it from the rooftops, going Instagram-official and now taking that extra step and introducing her new beau to their Hulu series.

In the exciting trailer for the new season, Kim seems like she couldn’t be happier, wearing a schoolgirl smile on her face every time Pete crops up into conversation.

‘Life is good, I have a new boyfriend. I’m just having a really good time,’ she’s heard saying. 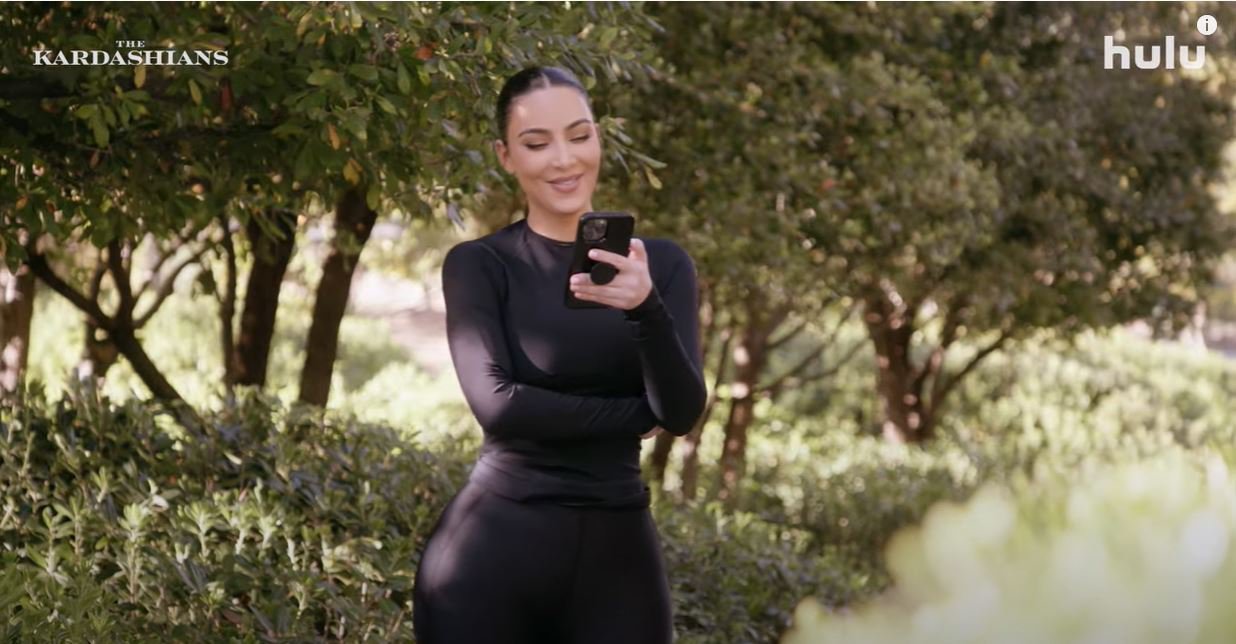 The couple also seem to be way more comfortable sharing intimate details of their love life than ever, as the end of the trailer sees Kim shouting to Pete in a room full of people: ‘Babe, do you wanna shower with me real quick?’, with Pete chasing her off down the corridor as Kim unzips her dress.

Skims founder Kim was first linked to Pete – who was previously engaged to Ariana Grande – in October 2021 after she filed for divorce from Kanye in February of that year.

The former couple – who married in 2014 – share daughters North and Chicago and sons Saint and Psalm.

It’s unclear whether the rapper will get a namecheck in The Kardashians S2, but one thing’s for certain – there will be a wedding!

Kourtney Kardashian and Travis Barker tied the knot earlier this year in a romantic ceremony following an equally as romantic proposal from the Blink-182 drummer on a beach.

The trailer sees Kourt – who was previously married to Scott Disick – trying on wedding dresses, so we can only hope that we’re cordially invited to the big day itself.

Kylie welcomed a baby boy with Travis Scott the day after firstborn Stormi’s fourth birthday on February 2, initially announcing that his name was Wolf.

However, the couple changed their mind after laying eyes on their son, but still haven’t announced his new name – could the second season of The Kardashians give us the answer we’ve been waiting for?

But, it’s not all rosy in the next season, as Kris is seen in the trailer going into hospital for a procedure and breaking down in tears after experiencing health problems.

‘I can’t tell my kids I’m scared, they have enough problems. They don’t need to worry about mom,’ she tells cameras.

Just to add to the drama, season 2 will also cover the famous family’s lawsuit with Rob Kardashian’s ex, Blac Chyna, who claimed the Kardashian clan got her reality show cancelled.

‘She’s suing us for over $100million and we’re leaving our fate in the hands of 12 random people – what if they hate us?’, Khloe asks, prior to the verdict being announced.

Phew! All of that is already leaving us breathless, and we know there’ll be even more to come.

But, as Kim says in the trailer, ‘whatever happens, we’re always gonna be family’, and that’s why we love them.

The Kardashians returns to Hulu and Disney+ in September. Season 1 is available to stream now.