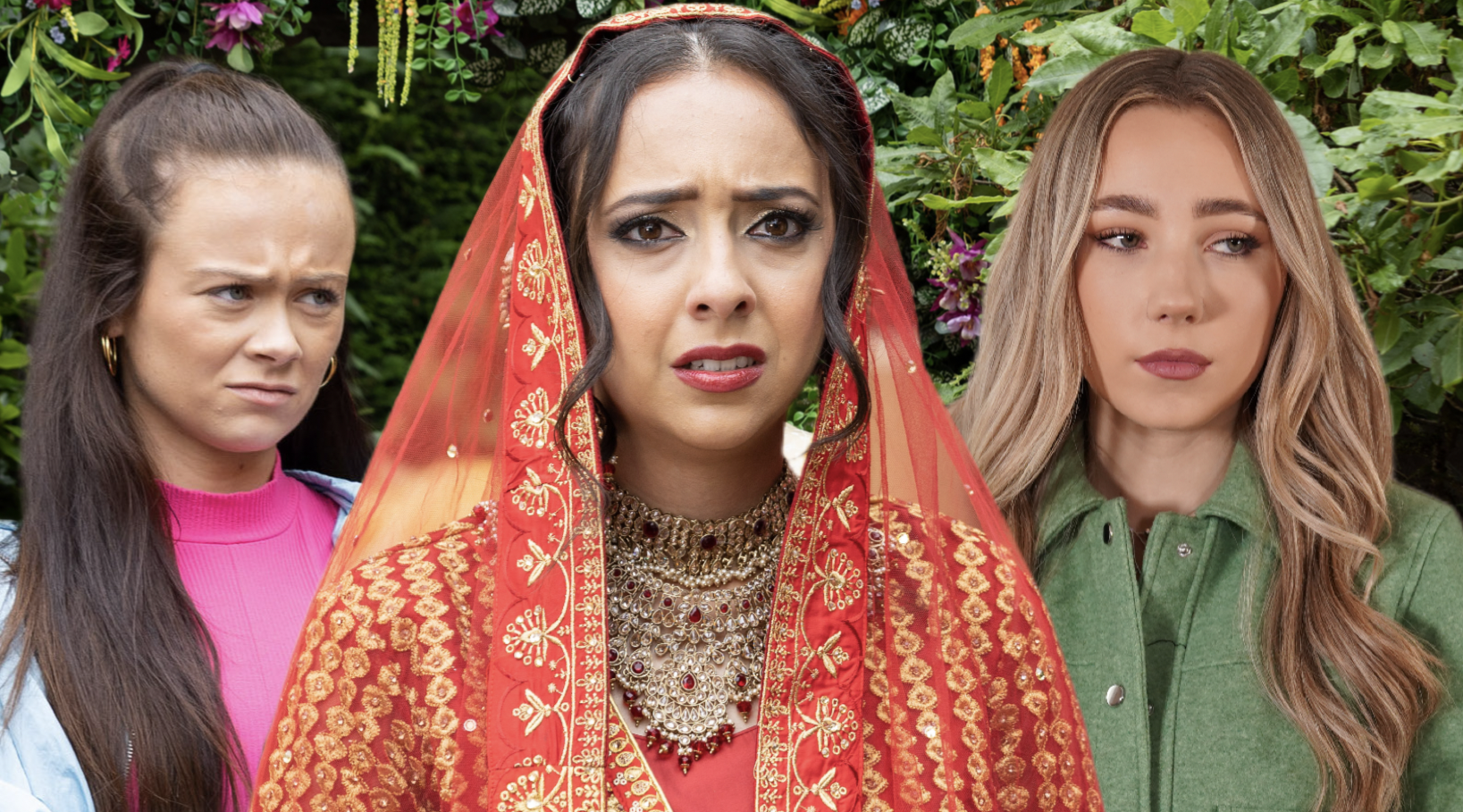 Juliet broke Peri’s heart last month when she finished with her, revealing that she’s not in love with her any longer. The announcement came as a shock to Peri, who had been under the impression they would spend the rest of their lives together.

The bigger shock, however, came days later, when Sid Sumner (Billy Price) accidentally told her that Jules had been cheating on her with Nadira.

Peri resolved to tell Shaq the truth about his fiancé, but Juliet intervened, pleading with her to keep shtum for Nadira’s sake, revealing that she’s not ready to come out.

Despite her heartbreak, Peri agreed to keep quiet. Juliet, meanwhile, reignited the spark between she and Nadira, as they decided to keep seeing one another in secret.

Peri, however, spots the two lovers together next week and berates them for continuing their affair behind Shaq’s back.

Nadira and Juliet deny that anything is going on, much to Peri’s shock, so she apologises for jumping to conclusions.

Things, however, take quite a turn, as Peri finds out that she was lied to, and thus makes it her mission to stop the wedding!

The jury is still out on that one, we’re afraid, but let’s just say that her initial attempts are unsuccessful, as a shock confession fails to beak up the bride and groom-to-be.

Peri, however, proves to be the least of Shaq and Nadira’s concern, as the couple come to a huge realisation on the day of the ceremony.

The question is: just what is it? What’s more, will the truth come out?