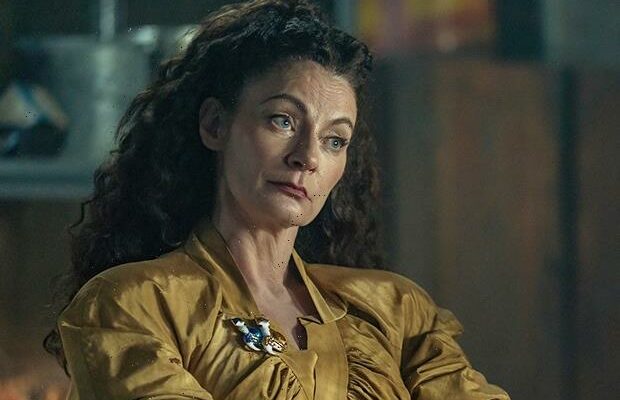 THE PERFORMANCE | Michelle Gomez doesn’t just play a shapeshifter on TV. The genre darling is an out-and-out chameleon, and her versatility was particularly evident during Thursday’s Doom Patrol, the penultimate episode before its dreaded midseason hiatus.

“Youth Patrol” found the show’s titular heroes reconnecting with their younger selves through the magic of an experimental de-aging spell, yet it was ironically through Madam Rouge’s resistance to this spell that viewers got to enjoy Gomez’s full range of talents. Sure, she treated us to all of the side-splitting one-liners to which we’ve grown accustomed (“Oh, f–k me senseless and call me Martha!”), but as the dramatic events of the episode unfolded, so too did Rouge.

The emotional journey culminated in a refreshingly raw moment of honesty for Gomez’s character, during which she confronted not only her own painful teenage years but also her immeasurable regret over betraying Malcolm and the Sisterhood of Dada. As her face collapsed in her hands, Rouge’s previously impenetrable facade melted away to reveal the lost little girl she could never bear to face.

Rouge may not feel worthy of an ounce of forgiveness, but Gomez surely deserves endless ounces of praise. 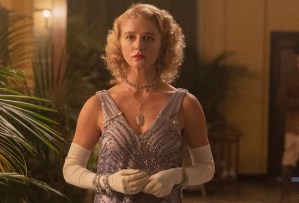 HONORABLE MENTION | We know we just met 1923’s Alexandra, who was introduced in Sunday’s episode, but we already adore her. Chalk that affection up to Julia Schlaepfer’s effervescent take on the bold socialite. At the start of the episode, the audience was made to assume that Alex was just another bored British rich girl getting her kicks in Africa. But Schlaepfer quickly and handily conveyed the character’s cheekiness (her refusal to be intimidated by a curt Spencer at the bar) as well as her conflict (her despair at being forced into a marriage that was nothing more than “a real estate transaction”), showing us there was far more there than we’d realized. Schlaepfer particularly stood out in her one-on-one scenes with Brandon Sklenar’s Spencer, skillfully turning their banter from amused to really, really hot with little more than the arching of an eyebrow. Can’t wait to see what she’ll do this Sunday! 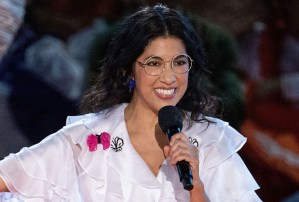 HONORABLE MENTION | We know better than to talk about Bruno. But we do need to discuss Stephanie Beatriz‘s spellbinding performance in Disney+’s Encanto at the Hollywood Bowl concert special, which dropped on the streamer Wednesday. Sure, Beatriz was dressed in protagonist Mirabel’s signature ensemble and glasses — but the actress brought her animated character to even more vivid life with her earnest facial expressions and palpable portrayal of Mirabel’s curiosity and innocence. Whether she was watching, wide-eyed, as Diane Guerrero’s Isabela conjured beautiful flora, or effortlessly navigating Encanto‘s lightning-fast lyrics, Beatriz proved she’s got a gift worthy of the family Madrigal. 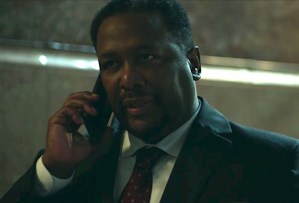 HONORABLE MENTION | Wendell Pierce is so consistently excellent on Tom Clancy’s Jack Ryan, we almost wonder if he has some “agency” work redacted from his resume. His James Greer is so cool a cucumber, effortlessly presenting himself as a man who knows everything (even when frantically foraging for intel). In Season 3’s fifth episode, Greer’s phone call with Petr Kovac, ostensibly to track Alena’s father, proved unexpectedly moving. Greer gave a rote recap of the Popov assassination plot before telling Petr, “But what doesn’t make sense — what has never made sense — is you.” Greer successfully coaxed Petr to connect some dots, after which the shared an anecdote about observing the precision of an Old Arbat baker who had also been Red Army. Pierce had us rapt, while Greer did that thing he does so well: find things out.