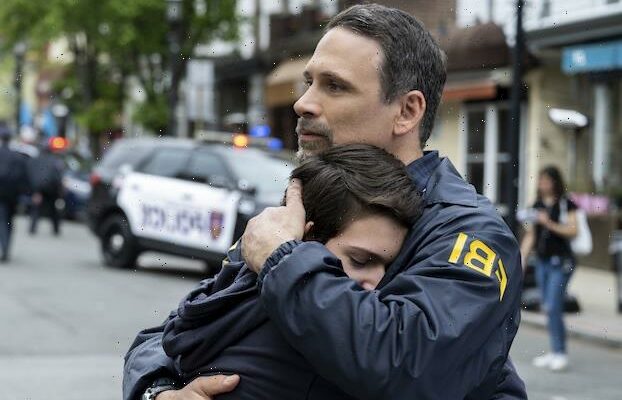 THE PERFORMANCE | Amid a school shooting threat that hit way too close to home, Jubal Valentine this week had to juggle his roles as lawman, father and ex-husband — and Sisto made you feel as if the typically cool Assistant Special Agent in Charge was about to spiral out of control.

On the work front, Jubal and the team did their usual best, investigating a theft of dozens of guns. But once Jubal learned that one of the perps attends his son Tyler’s private school, the case took on an added weight. That school tie led Jubal to question Tyler (Caleb Reese Paul) about his connections to a “fringe gamer crowd,” putting his already-meek son further on the defensive. It also found Jubal confronting ex-wife Samantha (Mara Davi) about Tyler now using Kelton, not Valentine, as a last name. Sisto’s face, when Sam spoke of Tyler “feeling negatively” about his Dad, spoke volumes.

The discovery that the other person involved in the robbery, Zach, is an actual friend of Tyler’s only added to the friction between father and son. Especially when Tyler withheld the fact that Zach had just reached out to him, rambling. “You need to snap out of this,” Jubal bellowed at his son. “This Zach O’Connor is a dangerous young man!” In response to that outburst, Tyler shared how Zach has been there for him when so many other peers steered clear of “the weak kid, the cancer kid.” Here, Sisto switched gears to register Jubal’s compassion for what Tyler has gone through since his diagnosis. “You’re going to get better, and feel more confident,” he tried to assure the teen. “I promise you.”

When Tyler went missing after fielding another call from Zach, Sisto had to turn it up again, as Jubal lashed out at Sam, “Are you paying attention?! Our child is a mess here!” But Sam knows. Oh yes, she does. And Jubal knows she knows, leading to a detente between the exes.

Capping Sisto’s standout performance was the feds’ eventual showdown with Zach, who out of panic held Tyler — there to talk down his friend — at gunpoint. Sisto had you feeling/seeing the sweat on the concerned-as-ever dad’s forehead, as he tried to appeal to Zach’s propensity to do right (such as when he has protected Tyler from bullies). Zach wasn’t quite buying it, though, and when it appeared as if someone was going to get shot, Jubal volunteered himself. “If you want to kill somebody, kill me!” he yelled, stepping forward. Tyler, though, deflected the gun barrel just as it went off.

Tyler attempted to explain himself after but Jubal wasn’t having it. “You kidding me? Tyler, you saved my life in there,” he affirmed. “If it weren’t for your strength, your bravery, I would be dead. So thank you.” 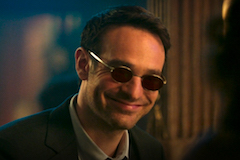 HONORABLE MENTION | Matt Murdock, oh how you have been missed. And we didn’t know just how much, until you resurfaced this week on She-Hulk: Attorney at Law, with a devilish twinkle in your eye. Charlie Cox‘s Man Without Fear didn’t miss a step, as he entered (and proceeded to rock) fellow legal eagle Jen Walters’ world. Cox frankly looked as spry as ever, first when trading courtroom taunts with the opposing counsel, and later when charming her to no end at the local bar. Then, when She-Hulk unmasked the “new” costumed hero in town, to realize it’s her brand-new crush? Cox effortlessly slipped back into the Daredevil swagger, confident in his ability to fell goons one by one, but not so cocksure as to not appreciate the might that She-Hulk brings to a fight. 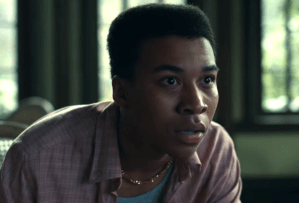 HONORABLE MENTION | Chris Sumpter rode a rollercoaster of emotions in Episode 4 of The Midnight Club after the loss another hospice resident (and his own declining health) struck fear in Spence’s heart. After Sandra tried to glorify her religion, the actor’s voice started to boil as he reminded her that her faith “cost me my community” and “ruins families.” The gay teen’s body language stiffened up as he shouted: “Your God said I’m an abomination!” But Sumpter didn’t only exhibit anger. As his character inched closer to death, the actor mixed sadness, despair and longing into his performance, making our hearts ache for the poor kid. Sumpter’s depth and range was impressive, and his ability to go deep into Spence’s psyche and face death head on was tough to watch in the best possible way. 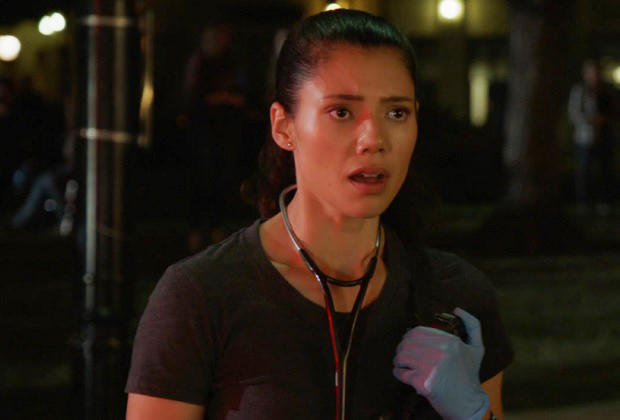 HONORABLE MENTION | Our hearts were in our throats during this week’s Chicago Fire when Violet watched in shocked silence as her boyfriend Hawkins got crushed to death by a burning building collapse. Much of our gutted reaction was thanks to Hanako Greensmith, who played Violet’s horror and sadness at so unexpectedly losing the man she loves to devastating effect. The actress took Violet on an unthinkable journey, from stunned disbelief to uncontrollable sobbing that was so powerful that the paramedic had to be pulled away from Hawkins’ lifeless body. In Chief Boden’s grasp, Violet thrashed and begged for a chance to save Hawkins. It was too late for him, but we think this is just the beginning of a powerful turn from Greensmith.