The One Show hosts Alex Jones and Gethin Jones were joined by Paddy McGuinness on a live video link to discuss his latest television roles. Luckily for Top Gear fans, the BBC has been filming the latest series, set to potentially air later this year. But this is not the only role which has been keeping Paddy busy over the past few months as he has taken on a new job, as a co-voiceover for Total Wipeout: The Best Bits. When discussing this with the presenters, he wasted no time in hitting out at Richard Hammond.

“You’ve got another project as well, and it’s coming on tele tomorrow,” Alex began.

“Because Total Wipeout is back, for the first time in eight years and I used to love this programme.

“But lots of viewers – little ones – won’t have seen it before. It’s brilliant!” She added.

“I mean it is a show you can watch with your family, and the kids will absolutely love it!” Paddy replied. 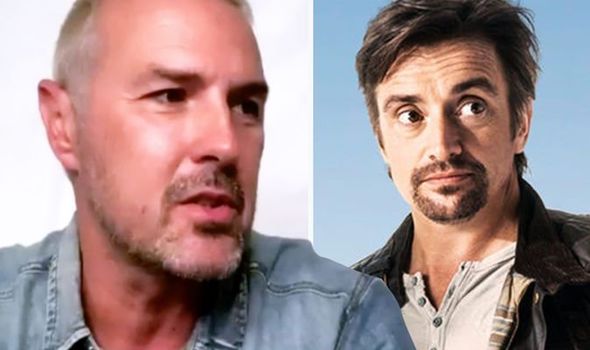 “What myself and [Freddie] Flintoff are doing at the minute, we are trying to take every gig we can off Richard Hammond.

“Freddie’s even started crashing the cars on Top Gear – he’s going next level with it!” He joked.

Paddy then returned to discussing the show and how he and Freddie “are doing the voice overs” for the best bits being show.

Fans of Paddy will know how he, Freddie Flintoff and Chris Harris took over as the presenters of BBC’s Top Gear. 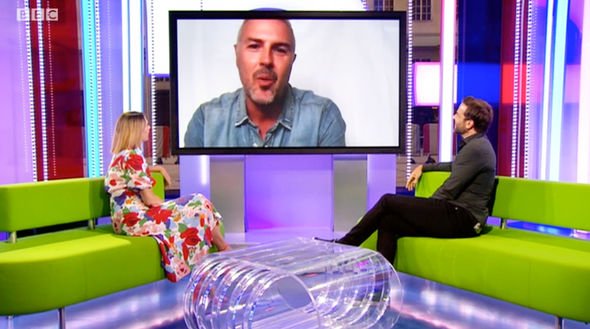 Another day done on the new series of @topgear I can’t wait for you to see what we’ve been up to! It all starts on BBC1 later in the year. #topgear #staysafe

It comes after Richard Hammond, Jeremy Clarkson and James May stepped away to pursue Amazon’s offer of The Grand Tour.

And Richard presenters all six seasons of the original Total Wipeout.

Understandably, there is much rivalry between the two shows.

As for how the two shows are faring against one another, According to Grand Tour Nation, The Grand Tour is more popular with car enthusiasts.

The website held a poll with their Facebook followers and out of the 38,300 votes cast, 89 percent of the people prefer Clarkson’s new offering.

But many did point out how the newest presenter line-up for Top Gear has brought the episode quality up.

“Top Gear has improved dramatically since the new line up – fact is – it’s quite good!” Someone commented.

Another added: “TBH top gear with the new presenters has improved immensely, and is very watchable.”

Words to live by

“Grand tour seems to have disappeared off the screens now, there’s not much competition from TGT!” A viewer added.

While one said: “I love the grand tour but p****d off at how long we are having to wait for the next episode. The new guys on Top Gear are a lot better than the last lot but are still copying the originals and the best.”

It comes after The Grand Tour has dramatically reduced its output since the end of the third season to a reported two special episodes a year.

The One Show airs weekday evenings at 7pm on BBC One.