Outlander will reportedly return to production for season six in January 2021 but in the meantime, Jamie Fraser star Sam Heughan has announced several new projects he is working on. He confirmed the news he would be starring in Text For You alongside Celine Dion on his official Instagram page earlier this week, which sent fans into a frenzy.

Sam posted a snap of himself on the red carpet alongside a photo of Priyanka Chopra and Celine Dion.

He captioned the post: “So excited to be joining this incredible cast!!

“Text for you” movie written and directed by the brilliant Jim Strouse.”

The actor also tagged both Celine and Priyanka in the post and it was clear fans couldn’t wait to see them all together. 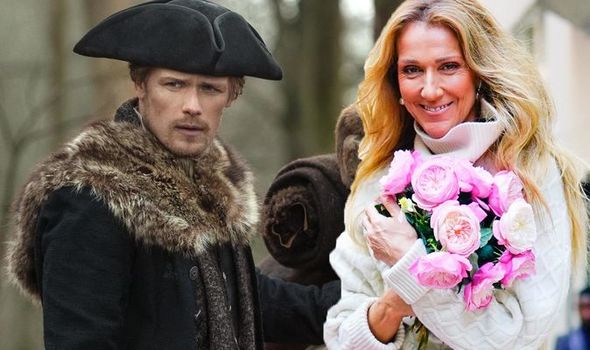 So excited to be joining this incredible cast!! “Text for you” movie written and directed by the brilliant Jim Strouse. ❤️ @priyankachopra @celinedion @sonypictures

One fan replied: “This is amazing! Congrats!” while another added: “Congrats my man and well deserved!”

According to Deadline, the tentatively titled Text For You, follows a woman, who after losing her fiancé, sends texts to his old phone.

His phone number has been assigned to a stranger across town who also recently lost his fiancee. 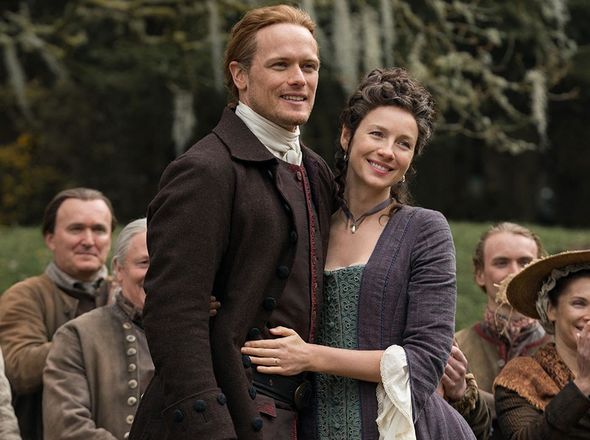 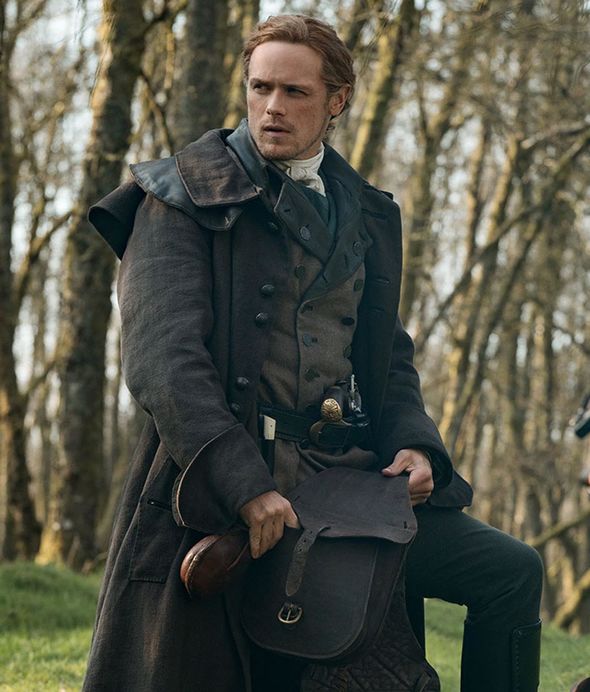 The pair will have an undeniable spark between them but they struggle to leave past relationships behind.

The film is said to have a magical, music twist with Celine’s music influencing the storyline as she gives the pair courage to give love another go.

It comes after Sam confirmed he will be taking on the role of Tom Buckingham in SAS: Red Notice.

Sharing the news at the weekend, he revealed: “So excited to share this character pic of “Tom Buckingham”!

DON’T MISS…
Outlander: Why was Geillis and Jamie Fraser flirting scene cut? [INSIGHT]
Outlander cancelled? Will Outlander be cancelled? [LATEST]
Outlander explained: When can you travel through time in Outlander? [ANALYSIS]

“The movie is an action/thriller and I’m so proud, it’s really exciting. If you want to stay updated, visit www.sasrednotice.com (Link in stories) You’re going to love this movie!”

But fans shouldn’t be concerned Sam’s latest project mean he will be moving away from Outlander.

Speaking at Paley Fest LA in August, Sam explained he couldn’t wait to get back on set.

He detailed: “First, I will be excited there will be no more Zoom calls. We can all drink to that.

“I am excited to see where Jamie goes this season, but to be honest, we now have six, almost seven, years of experience behind us.

“We have scenes, we have characters, we have things in the books we haven’t covered. We can call back on stuff.

“We have seen there are other time travellers out there. It feels as though the universe is opening up a bit more for us to draw upon, as well for the writers.

“For the actors, we have all that experience with each other. We know how each other works now and, most of the time, we enjoy working together.”