Young Ian (played by John Bell) became a fan favourite in season three and joined the Frasers in America. As the fifth season of Outlander unfolded, fans of the romantic Starz series were disappointed when Ian’s storyline failed to live up to expectations.

In the season five finale of Outlander, Claire (Caitriona Balfe) struggles against her brutal captors, while Jamie (Sam Heughan) faces tough decisions in the mission to rescue his wife.

Roger (Richard Rankin) and Brianna’s (Sophie Skelton) attempt to travel back to their own time ended with surprising results, as the stones failed to send them back and the couple agreed their home lies in Fraser’s Ridge.

Meanwhile, Claire has a hurried interaction with another time traveller from the 1960s whose appearance may hold the key for the renewed sixth season.

As the wait for new episodes continues throughout the ongoing coronavirus pandemic, some fans were slightly disappointed by the offerings of a major character for the series. 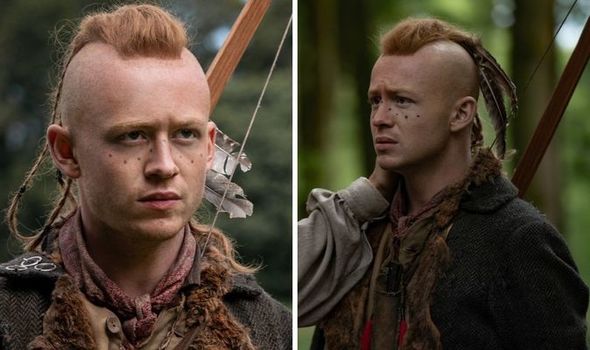 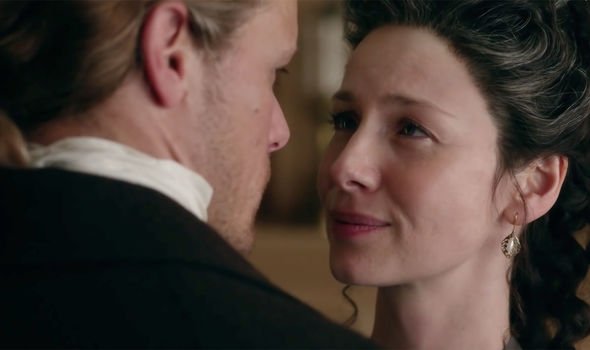 The youngest son of Ian (Steven Cree) and Jenny Murray (Laura Donnelly), Jamie’s sister), the young Highlander has become a surrogate son for Jamie and Claire since joining them in their travels to America.

However, his latest decisions in the fourth and fifth seasons of the show have left some major gaps in Outlander’s sprawling generational plotline.

Ian shocked fans when he left River Run to join the Mohawk in exchange for a captured Roger (Richard Rankin).

Thankfully, he returned midway through season five to assist Jamie in his ongoing fight for the freedom of Fraser’s Ridge. 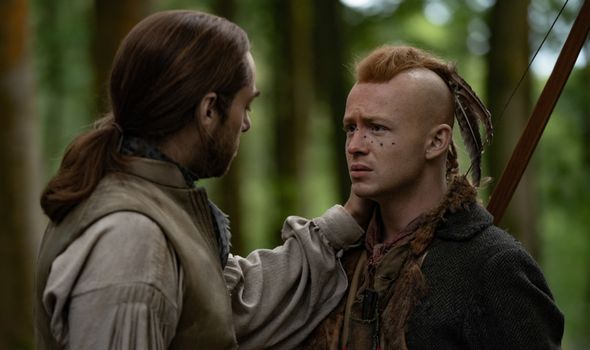 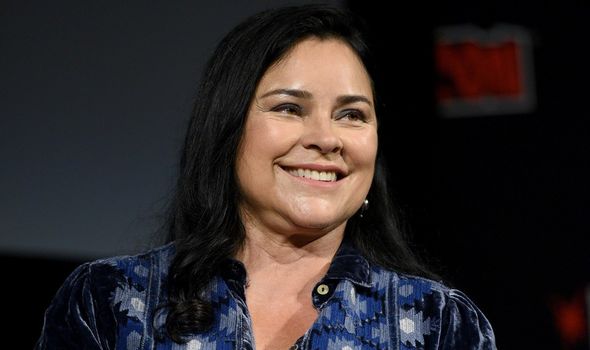 Although fans were glad to see the complex character, who swears loyalty to both Scotland and the Mohawk, make his long-awaited return, fans were left confused by the missing segments of Ian’s story.

One fan took to Reddit to ask fellow viewers how Ian could have made his return to Fraser’s Ridge with new tattoos, hair style and some glaring holes in his story.

Redditor CommanderMayDay asked: “What happened to Young Ian? Why was he so sad when he returned?

“Why did he return (cuz the Mohawk seemed pretty damn adamant about keeping somebody!)?”

Even though Ian seemed to have won the respect of the unpredictable tribe of native Mohawk warriors, fans weren’t expecting him to make his return after he exchanged Roger’s freedom for his own at the end of season four.

Moreover, Ian now seems far more hardened by his experience and might be keeping a secret or two close to his chest.

Other fans were able to offer some consolation in the comments, suggesting it’s likely Ian’s story will be picked up in later episodes.

As always with the Outlander community, the most devoted Fraser fans who have also waded through Diana Gabaldon’s lengthy series of books are keeping tight-lipped about future revelations.

One fan responded: “Book reader here. Can confirm, Ian’s story is told at a later time and is absolutely worth the wait.

“It is complicated and not something that should be rushed. I appreciate they are (hopefully) waiting until they can give it the time it deserves.”

Thankfully there are no spoilers to be found here, but Outlander fans who are desperate for season six tidbits are more than welcome to pick up Diana’s novels, most of which approach a daunting 1,000 pages in length.

Outlander seasons 1-5 are available to stream on Amazon Prime now.