Young Ian (played by John Bell) was in turmoil as he returned to Fraser’s Ridge in Outlander season five, with him taking hemlock from Claire Fraser’s (Caitriona Balfe) surgery so he could take his own life. He had previously hinted to his uncle, Jamie Fraser (Sam Heughan), that something devastating had happened when was with the Mohawk but fans weren’t given the details. His storyline was not concluded in the last series and fans are hopeful they will learn more when the Starz series returns.

Now, Diana Gabaldon, who wrote the Outlander novels that the series is based upon, has revealed she wrote a scene for Ian’s return which the showrunners chose not to use.

“So with regard to Ian, the first discussion was that they wanted Ian’s past to be hinted at,” she explained.

“And said, ‘We want some sort of concrete hint as to what has happened to him without actually telling the story.’”

Diana went off to write something for his return but bosses felt it was too much for viewers to see so early on. 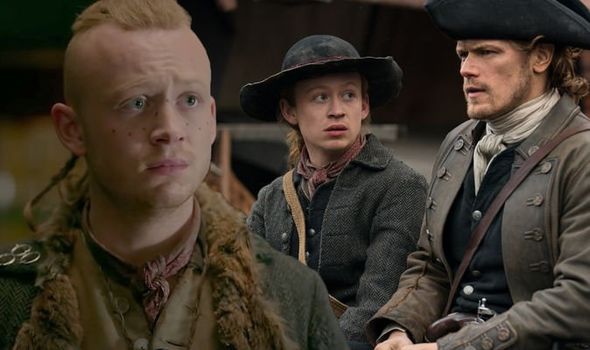 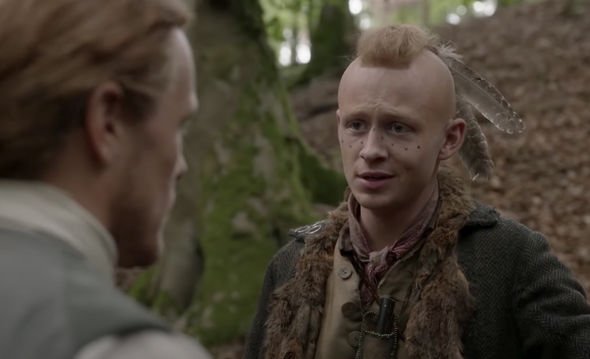 “So I had written a brief scene in which Ian is coming home to the Ridge,” she told Town & Country.

“And he stops at a distance and is just sitting there, looking at the light from the windows, and obviously feeling outside and lonely.

“I had written in a brief flashback at that point, where we see him with the Mohawk.

“He was in a wood and looking out through the leaves at something. 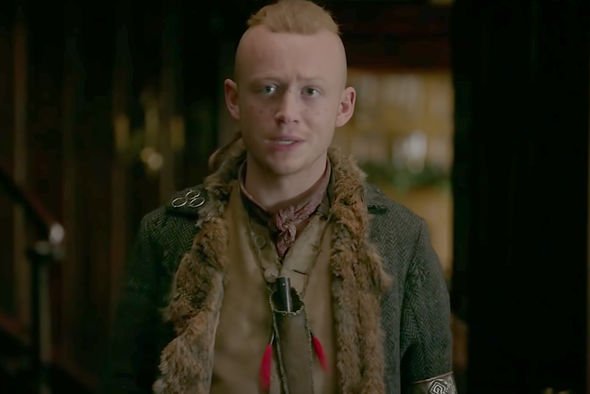 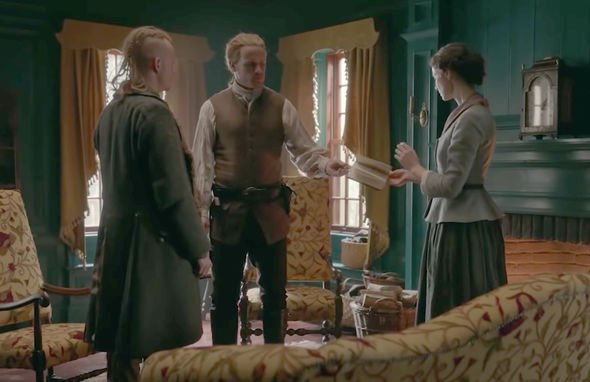 “And we just see a close up of a woman’s hands folding back a deer hide from the face of a dead baby, and then folding it back over and putting it in a tree limb.”

Diana continued: :They thought that was too explicit, so they took it out.

“The line: ‘It’s something between a man and his wife’ is as close as they wanted to go.”

Fans have plenty of theories about what happened between Young Ian and his wife, with some guessing she was a time traveller too.

When Roger MacKenzie (Richard Rankin) stopped him from taking his own life, Young Ian reveal his wife was “lost to me”.

Now fans think she may have travelled to another time ensuring that they never see each other again.

Reddit user cheese_bread_boye theorised: “Someone pointed out about his interaction with Fergus and Marsali’s kid, that he seemed resentful, that his girl may have had a miscarriage or something like that.”

At the time, Young Ian did not know about Claire’s time travelling ability but he hinted he knew she was holding a secret.

The Reddit user continued: “Ian says Claire and Jamie have been keeping secrets from everyone else and that his girlfriend is now lost to him. He also says ‘the mohawk were good.’

“Putting some pieces together, I think what happened is: Ian met a time traveller and (maybe) got her pregnant, the mohawk got attacked and they fled, she had to go back through the stones and he couldn’t go with her.”

Unfortunately, with Young Ian confused by Claire’s revelation in episode 11, it seems this is now an unlikely scenario and fans face a long wait to find out the truth.

Outlander seasons 1-5 are available to stream on Amazon Prime now.

This article contains affiliate links, we may receive a commission on any sales we generate from it. Learn more.