Actor Daniel Kaluuya took home one of the most popular awards of the night at the 2021 Academy Awards. His acceptance speech earned lots of attention on Twitter during the broadcast, but it was a question he was asked later in the night that made the rounds the next day.

Daniel Kaluuya and Leslie Odom Jr. were nominated at the 2021 Oscars 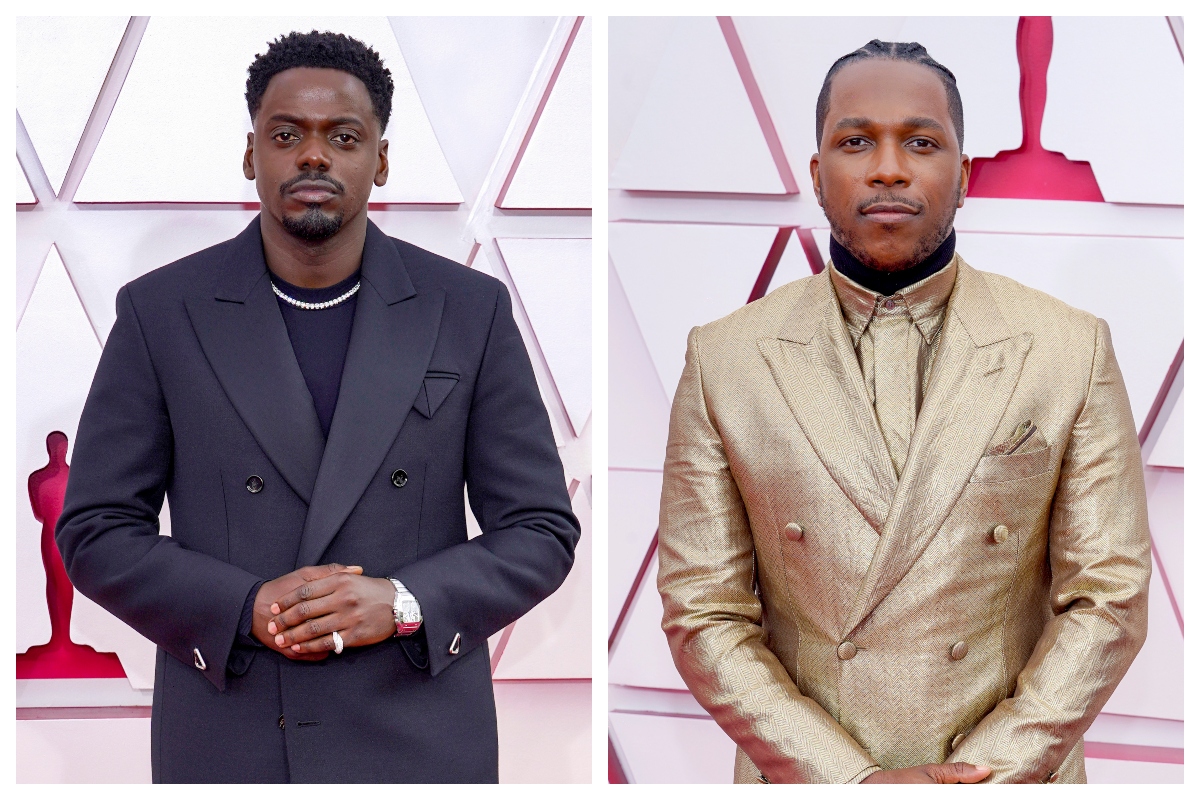 The 2021 Academy Awards were a star-studded event. Despite the coronavirus (COVID-19) pandemic, which led to many virtual award ceremonies over the past year, the Academy of Motion Picture Arts and Sciences held an in-person event with nearly all of the nominees in attendance.

Among the many competitive 2021 categories was that of Best Supporting Actor. This year, the five nominees were Sacha Baron Cohen for The Trial of the Chicago 7, Leslie Odom Jr. for One Night in Miami, Paul Raci for The Sound of Metal, and Kaluuya and LaKeith Stanfield for Judas and the Black Messiah.

Kaluuya won for his role in ‘Judas and the Black Messiah’

Kaluuya’s portrayal of Hampton earned high critical praise. So it wasn’t particularly shocking when he won the Best Supporting Actor Oscar. In his acceptance speech, the British actor thanked not only those in his life but the late activist’s fiance, “Mama Akua,” and their son, Chairman Fred Hampton Jr.

After detailing everything he’d learned from playing the role, Kaluuya threw in a surprise adlib at the end of his speech. “We’re enjoying ourselves tonight because we’re going to celebrate life,” he said. “My mom met my dad. They had sex. It’s amazing. You know what I mean? I’m here.” The social media reaction to this comment were abundant.

He spoke to the press after his win

As is customary at the Oscars, Kaluuya answered questions from the press after his win. And one seemingly made a big mistake.

“I’ve been following you since the beginning of your career, and I was wondering what it was like for you to be directed by Regina [and] what this means for you at this time with the world in the state that it’s in,” she said, seemingly referring to Regina King, director of One Night in Miami.

Kaluuya asked the reporter, Margaret Gardiner, from the Sunday Times, to repeat the question. This time, she didn’t ask the part about King, and he answered, “It’s amazing to have this honor and be appreciated in this way.”

The reporter later tweeted about the incident. According to tweets captured by the Los Angeles Times, she stated that asking about King was a separate part of the question, not that she was explicitly saying Kaluuya himself had worked with her. However, Twitter wasn’t so sure.

Refinery29 editor Kathleen Newman-Bremang called it “bullsh*t on the night that’s supposed to be a career highlight for” Kaluuya. British author Bolu Babalola added that even if Gardiner didn’t make a mistake, “she comes off worse” in her clarification, calling her question “asinine.” “All she does is double down,” Babalola added.