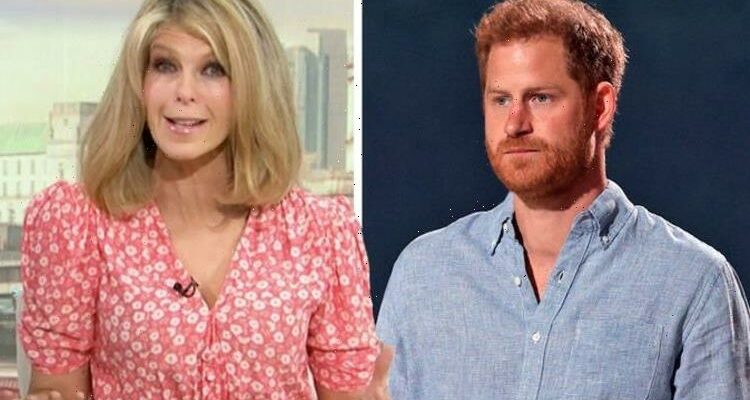 Kate Garraway and Ben Shephard had invited Iain Dale and Jacqui Smith into the Good Morning Britain studio to discuss today’s news headlines. One of which was Prince Harry’s comments about “breaking the cycle of pain and suffering” of his upbringing with his own children. Both presenters waded in with their opinion on the matter and when Kate discussed the former senior royal’s remarks, she wondered whether his viewpoint would change in a few years time when Archie and his soon-to-be newborn daughter are grown up and challenging him as a parent. The presenter also branded Prince Harry as “sounding entitled”.

“He’s very young, Archie and the other one isn’t with us yet,” Kate began. “I wonder when they start to challenge him – which, of course, is the job of a child and certainly the job of a teenager, that’s what you’re meant to do – break away in a brutal way possible. So he will have it come back at him.

“Do you think as well though, that he’s always been in the public eye, do you think he doesn’t understand when he says these things , the devastating impact there’s going to be.

“We’ve had people who’ve been saying ‘What does he mean talking about ‘the cycle of pain?’ I grew up in a house with abuse, I had all sort of things happening in my life.’

“And of course, we know pain is pain, it might be a different sort of it but it’s still difficult. 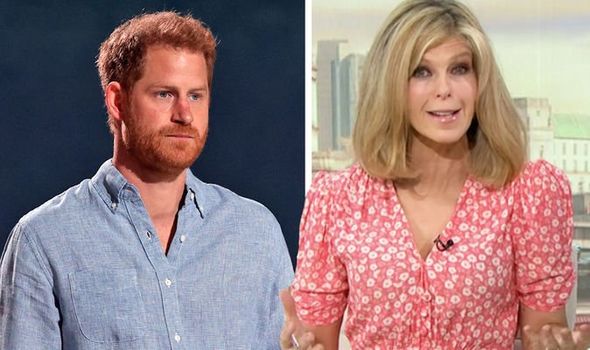 “He’s just sort of telling his story and instantly, it sounds entitled and without empathy,” Kate added.

It comes after Prince Harry made an appearance on the Armchair Expert podcast where he compared his life as a “mixture between The Truman Show and being in a zoo”.

He said no one “should be pointing the finger or blaming anybody” but in reference to parenting he has “experienced some form of pain or suffering because of the pain or suffering that perhaps my father or parents suffering”.

Prince Harry said he would “make sure” to “break the cycle” as he didn’t want to “pass it on”.