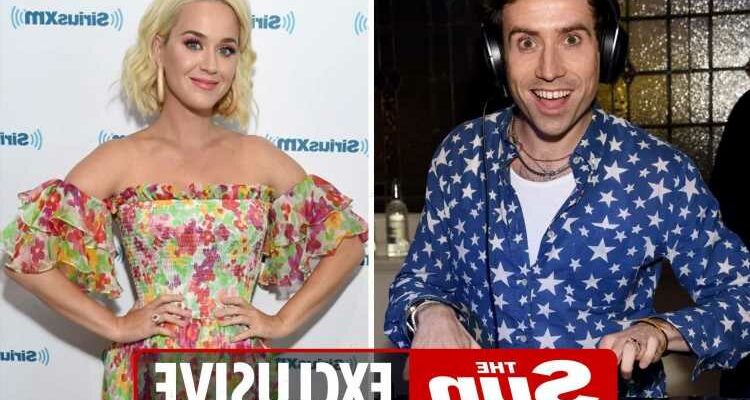 DURING his 14 years at Radio 1 Nick Grimshaw has become pals with showbiz royalty, hanging out with everyone from Harry Styles to Drake.

Now, after years of helping them flog their records, he is putting his black book of celebrity mates to good use by getting as many of them as possible on air for his final shows on the station. 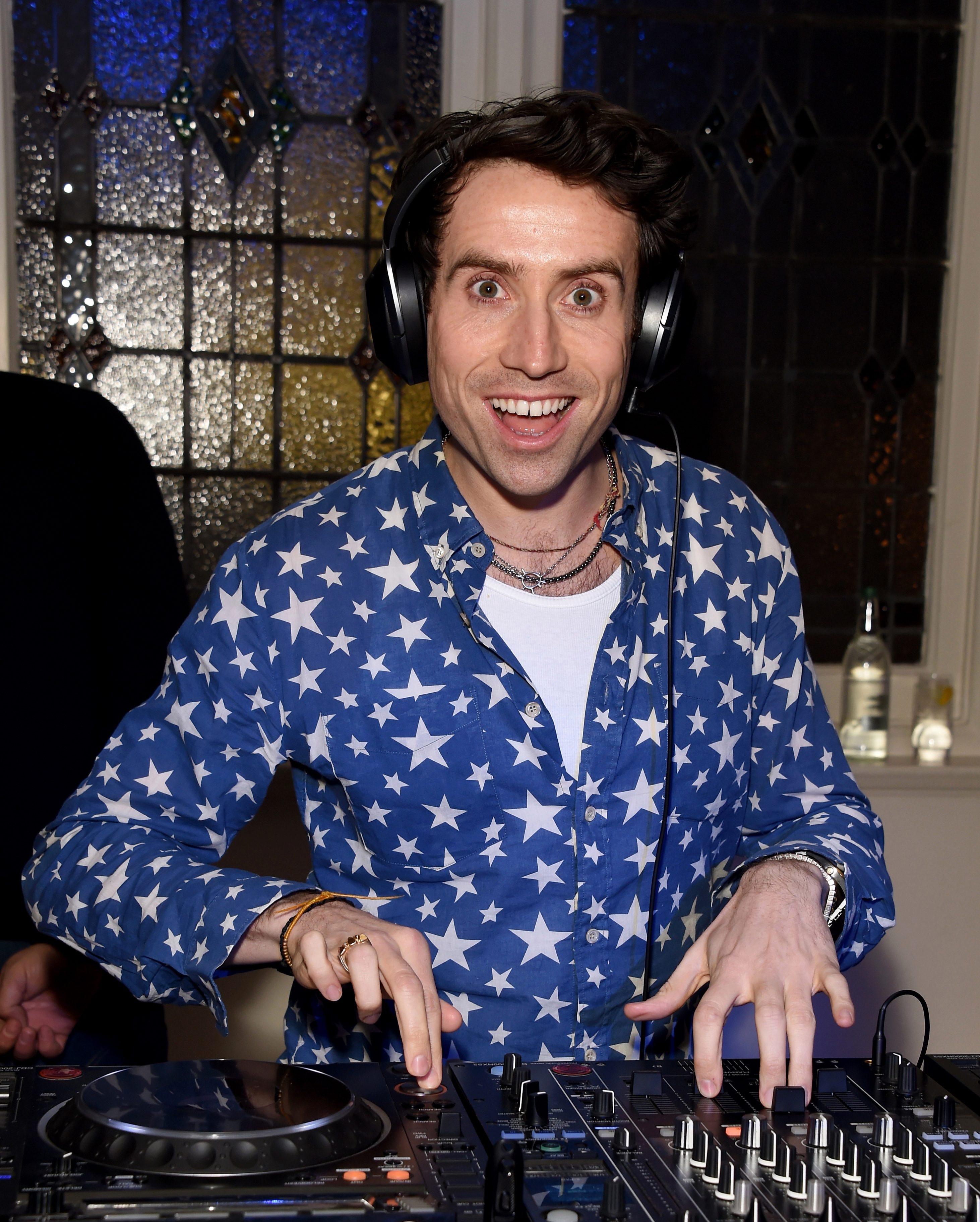 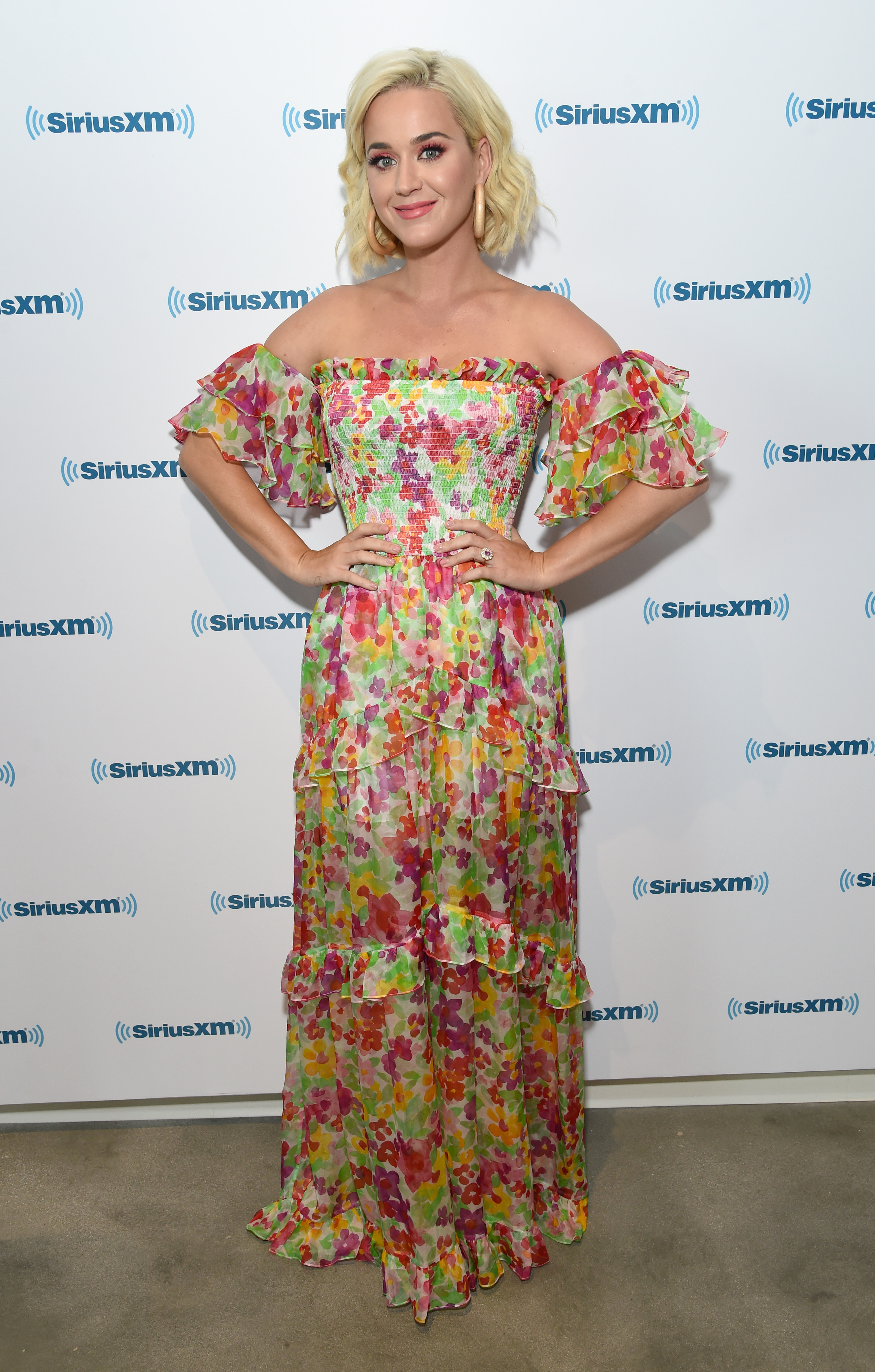 I can exclusively reveal that stars including singer Katy Perry and her A-list actor husband Orlando Bloom, and singings Charli XCX and The 1975’s Matty Healy will be joining him tomorrow as he bids farewell to his devoted drivetime listeners.

And Nick will whet his listeners’ appetites today with Harry calling in live from Los Angeles for a chat.

Rita Ora got things going by phoning him on his show today.

A source said: “As well as being one of the most recognisable voices on British radio, Nick has gained a reputation for having loads of A-list mates thanks to his years of partying.

“This final week of shows has been really special to him, but for his last few hours on air Nick wanted something extra special.

“He will have Katy and Orlando chatting with him. Matty and Charli are also going to be calling.

“Nick has already found this week emotional, but he wants to keep the last show light and fun, with loads of outrageous stories. It’ll be a good laugh to celebrate the time he has spent at Radio 1.”

Grimmy announced last month that he was stepping away from the station having hosted the early evening show for the past three years following a six-year stint at the helm of the breakfast show.

Refering to lockdown, he explained at the time: “Like a lot of you guys, you have taken stock in times like this and you looked at your life. I looked at mine and I wanted to make that change.”

It remains to be seen what Grimmy will be doing next.

But as the end of an era approaches, I imagine there will be tears tomorrow afternoon. 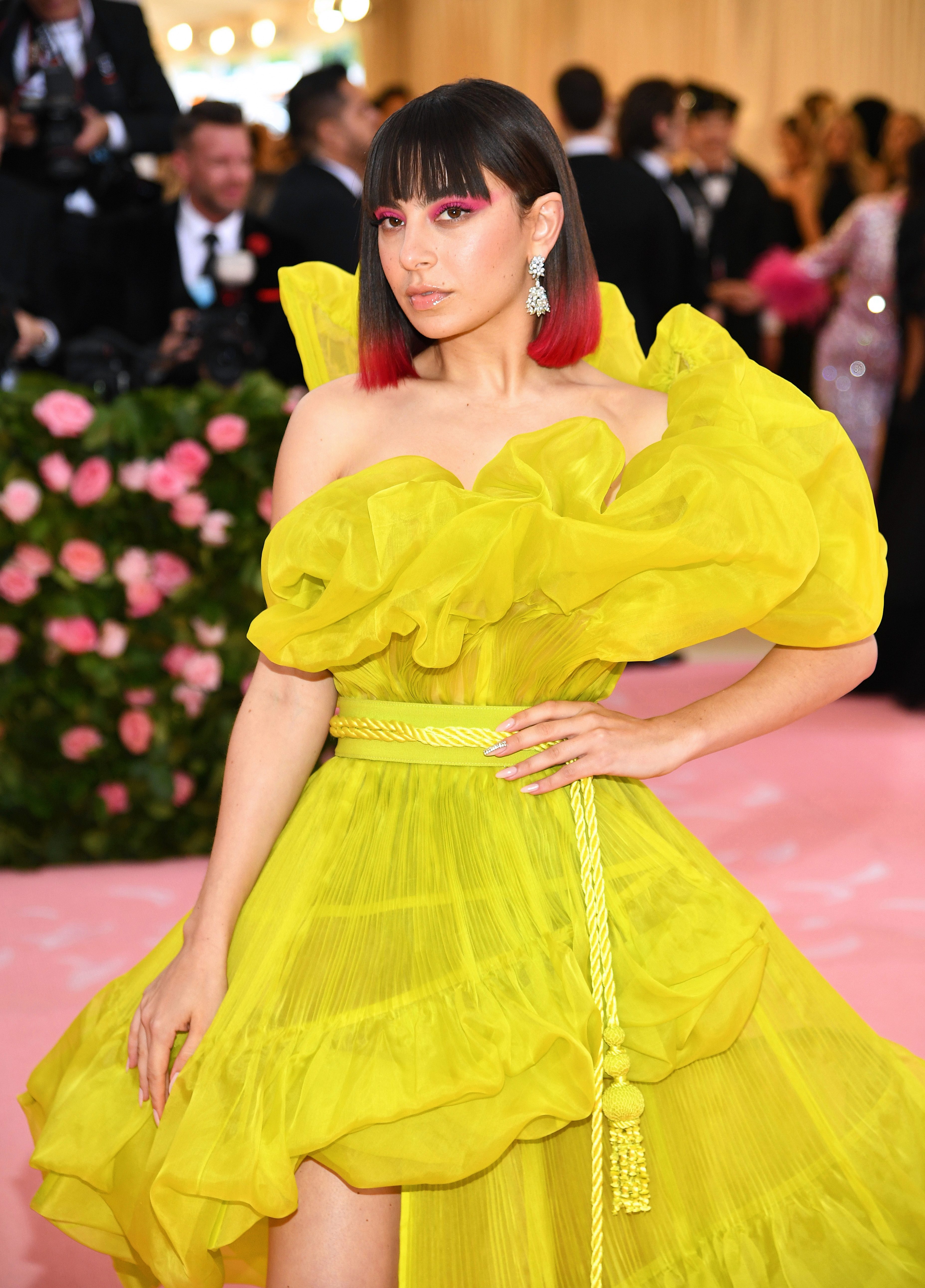 He had viewers in hysterics when he repeated the phrase to help him get through trials but has now become overrun with junk emblazoned with the catchphrase.

The Radio 1 DJ is preparing to move into a new London pad and is dreading his housewarming gifts.

He said on his Help I Sexted My Boss podcast: “I mean this with the utmost respect, I’m saying this to everyone, tell me if I sound like a knob, I don’t want any more happy place signs.

“Please, I have so many and it’s sweet, nice and lovely, but I’ve got enough for the new house, I don’t need any more.

“I love what the happy place thing has done, but I just don’t need any more.”

Goin' down a Stormzy

STORMZY was making up for lost time at a glitzy bash after more than a year of not being able to party.

He was among a raft of stars including Celeb Gogglebox’s Snoochie Shy and rappers Krept & Konan, AJ Tracey and Fredo on Monday night. 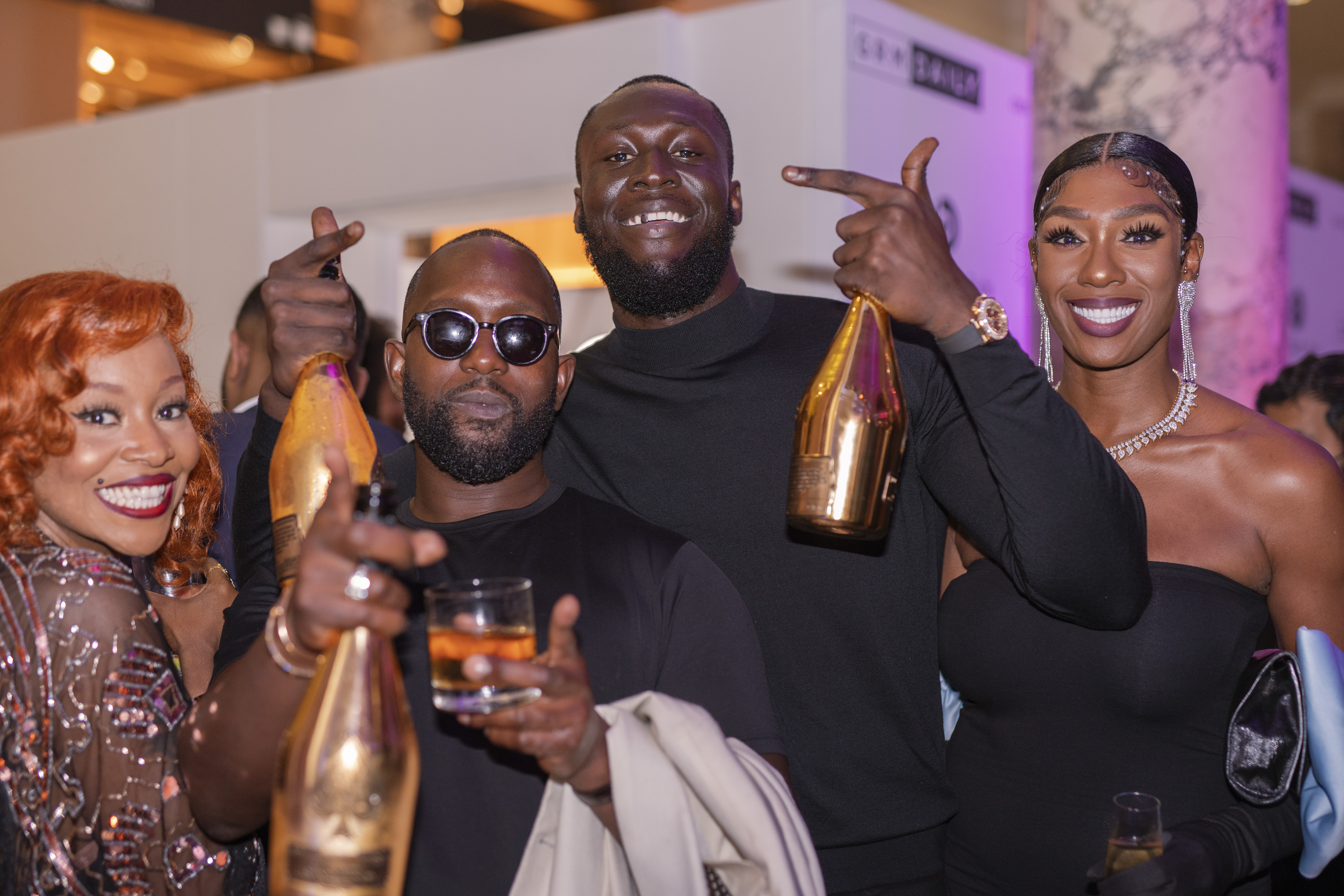 They were celebrating black excellence in music at the GRM Gala in London, hosted by GRM Daily and Beats by Dr Dre.

With all those musicians, it was the perfect opportunity for Stormzy to recruit some collaborators for his next hit.

FRESH from his second No1 album success with All Over The Place, KSI has another treat for fans.

The singer, real name JJ Olatunji, right, will be a special guest at the Team GB Olympics Homecoming concert at Wembley’s SSE Arena this Sunday.

He joins a host of big names including Rag'N'Bone Man, Yungblud and Anne-Marie, his collaborator on Don’t Play.

KSI has plenty of experience as a boxer so he knows just how much dedication it takes to be a top-flight athlete.

So performing for our squad and key workers is bound to be special.

Ed will be singing his art out

HE’S worth £220million but Ed Sheeran is saving a few quid with his upcoming album by designing the cover art himself.

The singer became a painter during his hiatus from music and one of his pieces, inspired by wacky US artist Jackson Pollock, raised £51,000 when it was raffled for charity. 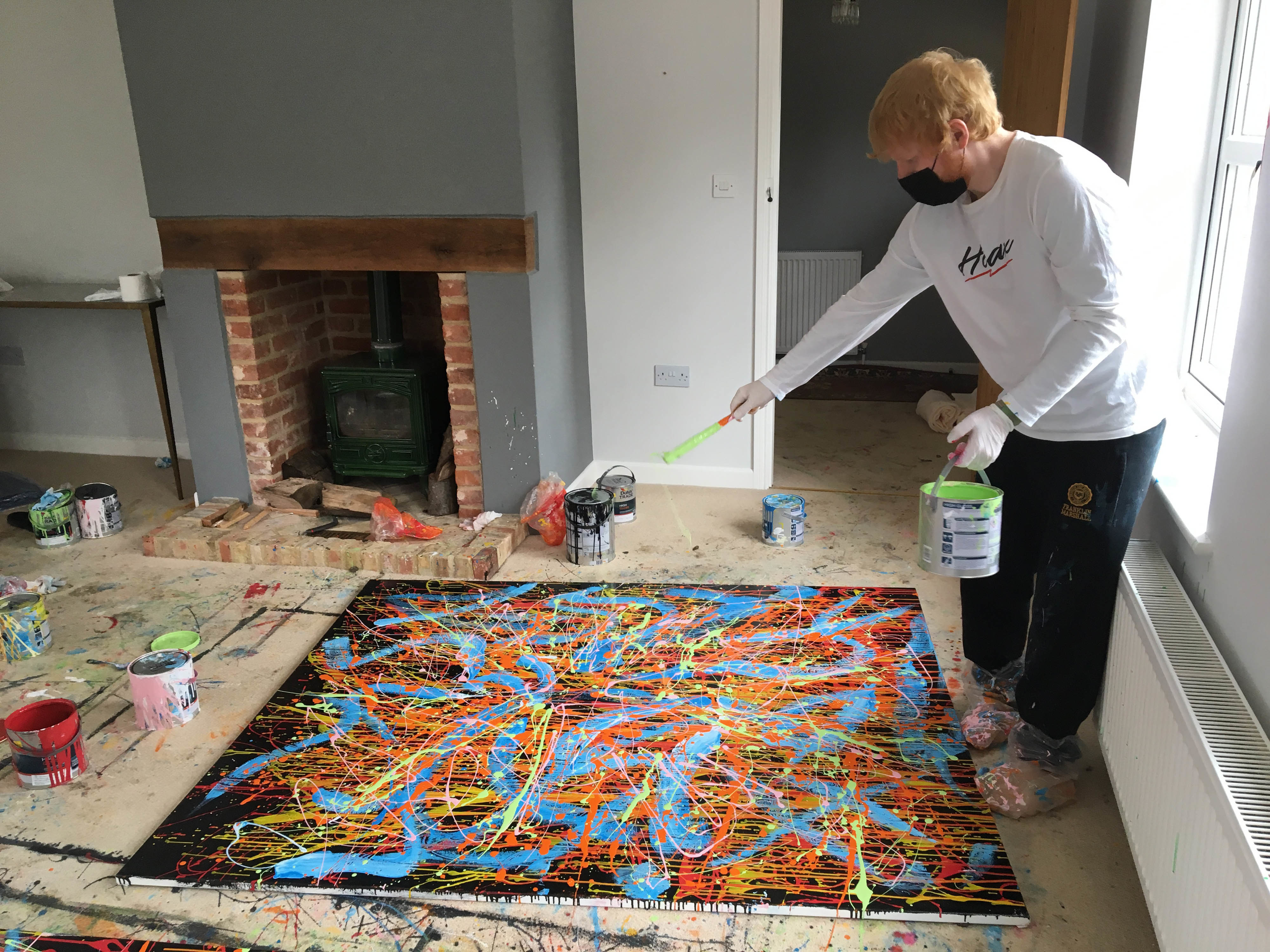 Ed told a Hong Kong radio station: “I am actually painting the album cover now. It takes a month.

The record is due out later this year and is expected to be called Subtract or Minus, following the theme of his first three albums.

Ed has also announced his first gig since his record-breaking Divide Tour in 2019.

He will play an intimate show at West London’s O2 Shepherd’s Bush Empire on September 2 to mark the tenth anniversary of his mega-hit Plus album.

A lucky 2,000 fans who are successful via a ballot on his website will be able to see him perform the entire album.

Ed said: “While I’ve been lucky enough to continue playing shows across the world, Shepherd’s Bush is still really special to me.

“When I first set out in music, one of my main goals was to one day headline there and my first gig there is still one of my favourite shows that I’ve played.

“I can’t wait to get back and celebrate ten years of Plus with you.”

Good luck getting your hands on a ticket.

JASON MOMOA must be an outcast in Hollywood – as he regularly showers.

Unlike Mila Kunis, Jake Gyllenhaal and Ashton Kutcher – who aren’t fans of a wash – the Aquaman actor isn’t afraid to get wet.

He joked: “I’m not starting any trends. I shower.

Dwayne "The Rock" Johnson also said he is “the opposite of a ‘not washing themselves’ celeb,” – he has three showers a day.

Romesh is still hip in his forties

HE’S gearing up to do his best Anne Robinson impersonation as the new host of TV quiz The Weakest Link.

But Romesh Ranganathan has also been tipped to make a move into music aged 43, just like fellow telly veterans Alexander Armstrong and Nick Knowles. 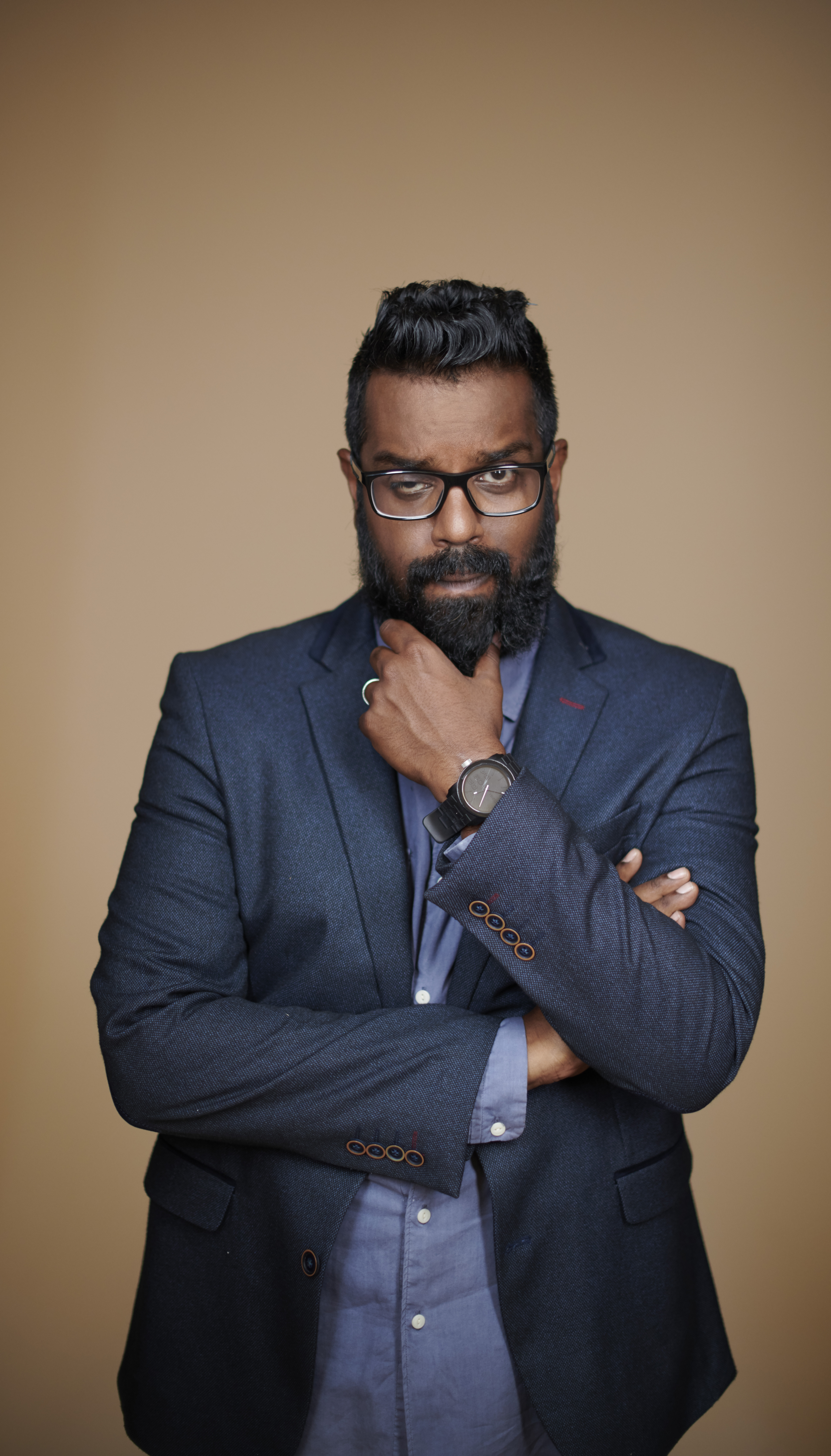 But Rom won’t be doing classic covers, he is said to be working on a hip-hop album.

His pal, actor Tom Davis, spilled the beans on Radio 2, claiming the record was on Romesh’s bucket list.

Tom said: “He can talk about hip-hop all the time.

“Obviously he was a rapper in his early years and he told me the one thing he wants to do more than anything is to release a rap album.

“So I think that is coming out next year.” Despite Tom’s enthusiasm, sources close to Romesh say he will be sticking to his day job.

I think that’s probably a good thing, I doubt he would have Kanye West and Jay-Z quaking in their boots.

But to be fair to Romesh, he knows a thing or two about the genre.

He hosts popular podcast Hip-Hop Saved My Life and has just started his own Radio 2 show, For The Love Of Hip-Hop.

Speaking about the four-part series, which started last weekend, he said: “I feel like there’s a big group of people that think that hip-hop isn’t for them, but it absolutely is.

“It’s such an expansive genre, it has something for everyone.”

He is every- where at the moment, but I don’t see him popping up in the charts.

HAVING kids is always expensive but Cardi B’s daughter must have really broken the bank.

The rapper posed on Instagram today for this photo and shared some snaps of her three-year-old daughter Kulture wearing a £600,000 outfit. 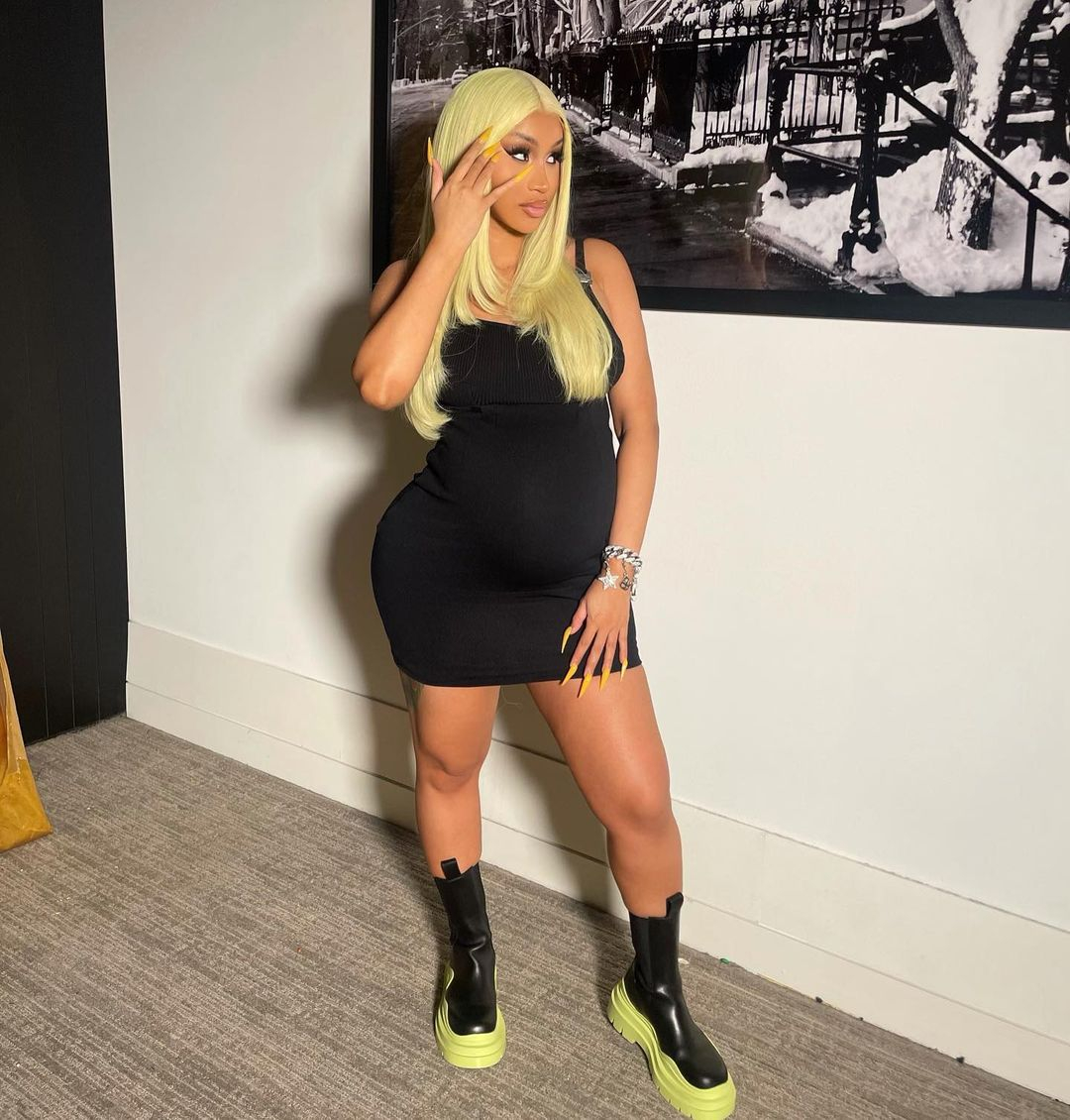 Meanwhile, Cardi looked like she was wearing wellies from Mountain Warehouse.

She captioned the post: “Me & my best friend for life.”

I’ve no doubt that Kulture will be keeping her mum as her best pal if she keeps buying her all that designer clobber. 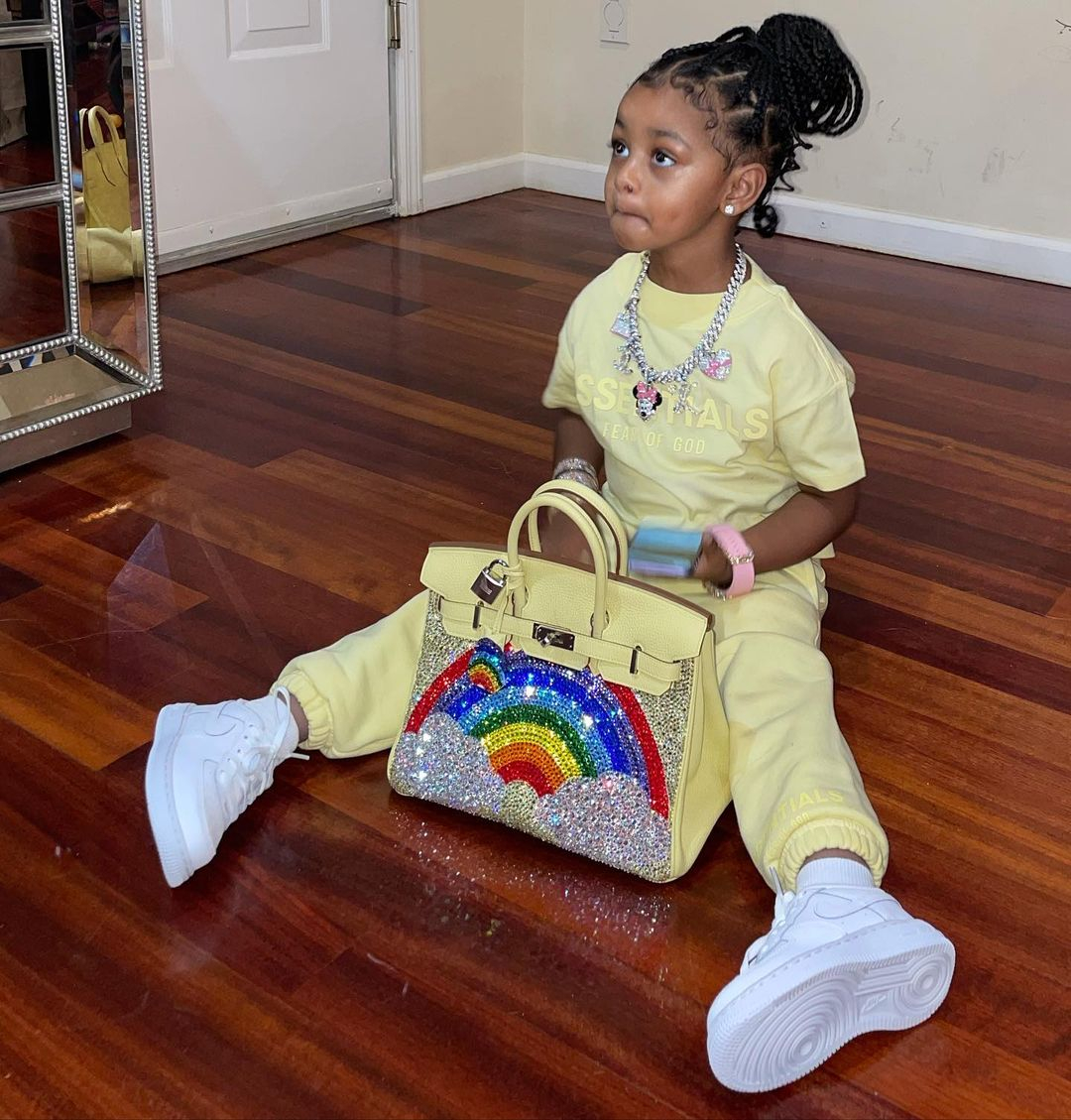