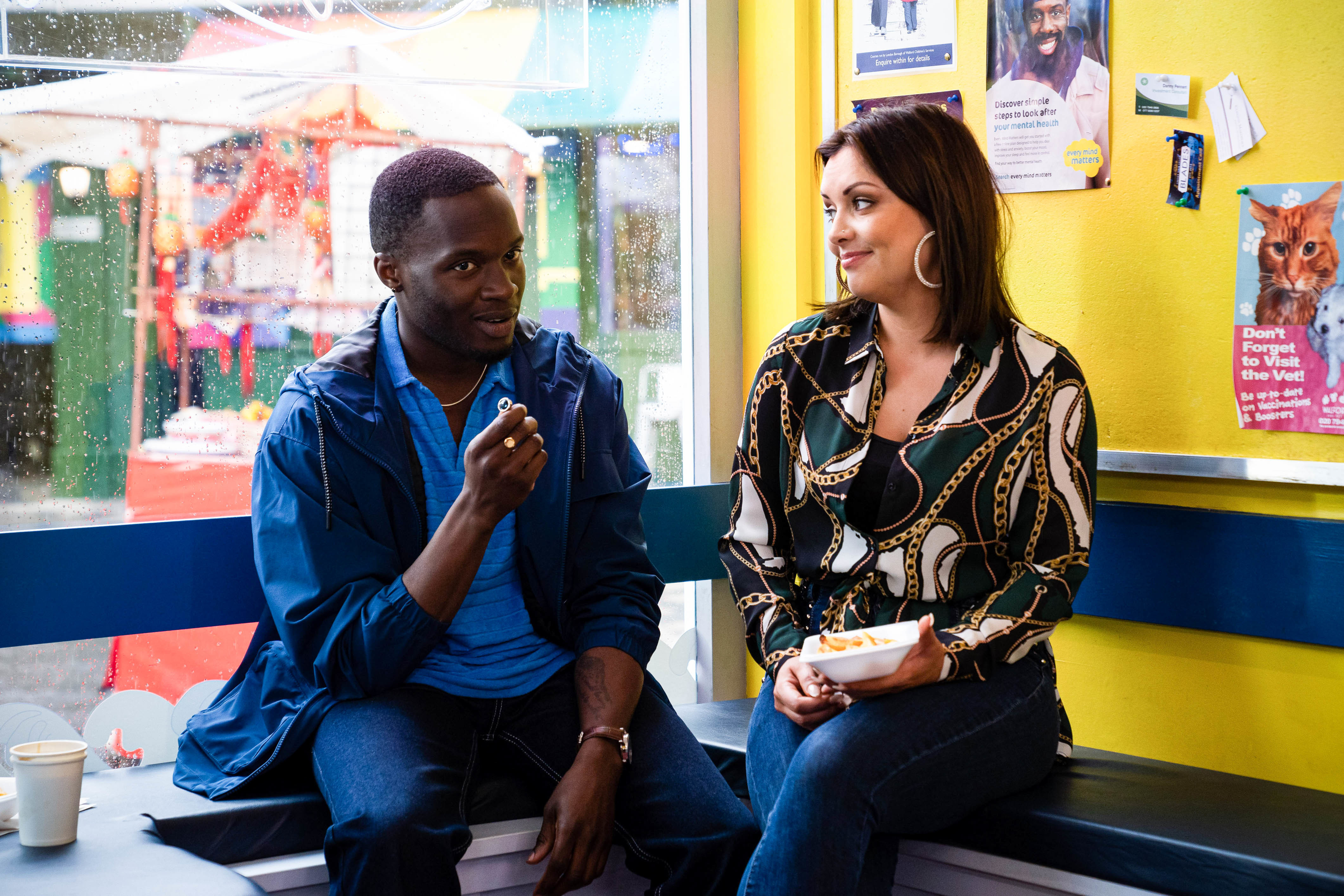 Few EastEnders characters have had a more varied relationship history than Whitney Dean (Shona McGarty). Once married, four times engaged and with numerous romances in her past, Whitney has not had the best luck with men.

Her last serious relationship was with the much-missed Kush Kazemi (Davood Ghadami), who met his death at the hands of evil Gray Atkins (Toby-Alexander Smith) who pushed him under the wheels of a train. Whitney actually dated Gray briefly after this, before realising that he was a murderer and helping to bring him to justice.

Basically, she is well overdue a nice, settled romance with a kind, thoughtful man. One who isn’t a serial killer would be even better.

That man could well be Finlay Baker (Ashley Byam), who hasn’t been in Walford long but has already made an impact. He recently helped Honey (Emma Barton) out when she was being hassled for a date by Mr Lister (Nick Wilton) by pretending to be her boyfriend. Could he be exactly what Whitney needs in her life?

On a night out with Frankie (Rose Ayling-Ellis), Lola (Danielle Harold), Felix (Matthew Morrison), Dotty (Milly Zero) and Vinny (Shiv Jalota), it becomes clear that there’s a spark of romance developing between Whitney and Finlay. In fact it’s enough to make Vinny feel insecure about his own relationship with Dotty.

Is love really in the air at last for long-suffering Whitney?