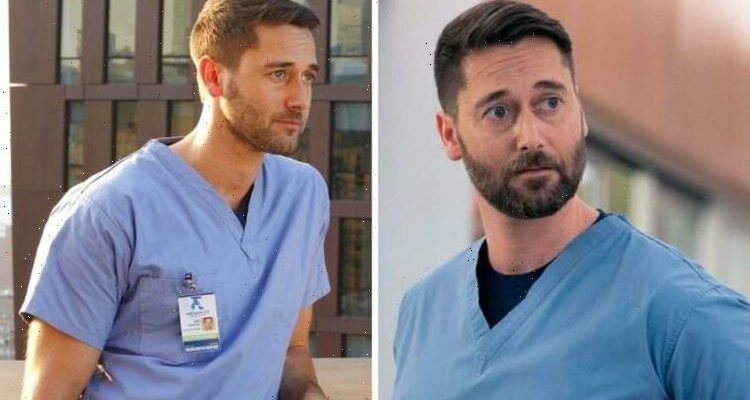 NBC’s beloved medical drama New Amsterdam is set to return next month with the rest of season four, despite this, the drama led by Ryan Eggold was the latest to be cancelled. Fans were rocked by the unexpected announcement and a number of the viewers threatened to boycott the network completely.

He had been hired at New Amsterdam as the new Medical Director and was tasked with rebuilding the hospital’s reputation.

Throughout the series, Max put in the effort as the establishment began to thrive after he made changes to the policies which were originally deemed controversial.

Despite this, the series failed to maintain a growing number of viewers which led to the network’s recent decision to cancel the series after season five.

Although NBC saw a decline in viewership for New Amsterdam, the show’s core fans were taken aback by the announcement.

Many of its viewers took to social media to air their frustration about the shows’ imminent end, with some even threatening to stop watching NBC as a whole.

Twitter user @Itsjustnay wrote: “[New Amsterdam] ending is so hard because not only was it a great show but it also allowed us to connect with people all over the World.

“I got to talk to people from all walks of life and get different opinions and views, NA brought us together so the pain feels double,” they added.

Meanwhile, @Sheneildis added: “One thing nobody can take away from [New Amsterdam] is the incredible actors who over delivered and understood their roles and characters.”

The fan continued: “They drew millions in from Season one when Max made the famous…’How can I help’. Am happy n proud (sic) I am part of this family.”

Another user, @Idyllicsbloom, tweeted: “I am not ready to say good bye I refuse.”

@veruca_crew asked: “So, do we boycott NBC now or what?”

Deadline reported New Amsterdam’s viewership saw a steady decline after a good start with seasons one and two.

They stated: “New Amsterdam has slipped in the ratings, currently ranking below most established NBC dramas, which makes for challenging economics given its cost.”

However, the medical drama was one of many to see its unexpected end after the network went on a cancellation spree.

New Amsterdam will join Ordinary Joe and The Big Leap, which were also shelved.

The show’s creator David Shulman released a statement about its cancellation and assured fans it was a decision made by the network instead of the show’s creative team.

Schulner stated: “As my emotions swing from sadness to pride, I’d like to share New Amsterdam‘s recognition by The World Health Organisation, which makes us more proud than any award or non-linear 30-day ratings curve ever could.”

With more episodes from season four expected to hit the screens, it’s yet to be seen when season five will premiere.

Sadly for fans, the final instalment will also be the shortest and if it follows in the pattern of season four, it could be released around September 2022.

New Amsterdam season four will return to NBC in America on Tuesday, April 16. A UK release date hasn’t been announced.