Coming this summer is Netflix’s newest docuseries that’s sure to captivate audiences with its retelling of three of the biggest heists in modern history. From Dirty Robber — the producers behind the Oscar-winning short film Two Distant Strangers — and Emmy-nominated director Derek Doneen, comes Heist, and ET has the exclusive first look at the true-crime series.

Thanks to its unique blend of original interviews with the people involved in the crimes, reenactments and fast-paced storytelling, Heist feels like Ocean’s Eleven meets Catch Me If You Can as it chronicles a 21-year-old woman’s robbery of a Vegas casino, a former elite league softball star’s highly lucrative booze-skimming ring, and a crime TV fan’s theft of millions from a Miami airport. 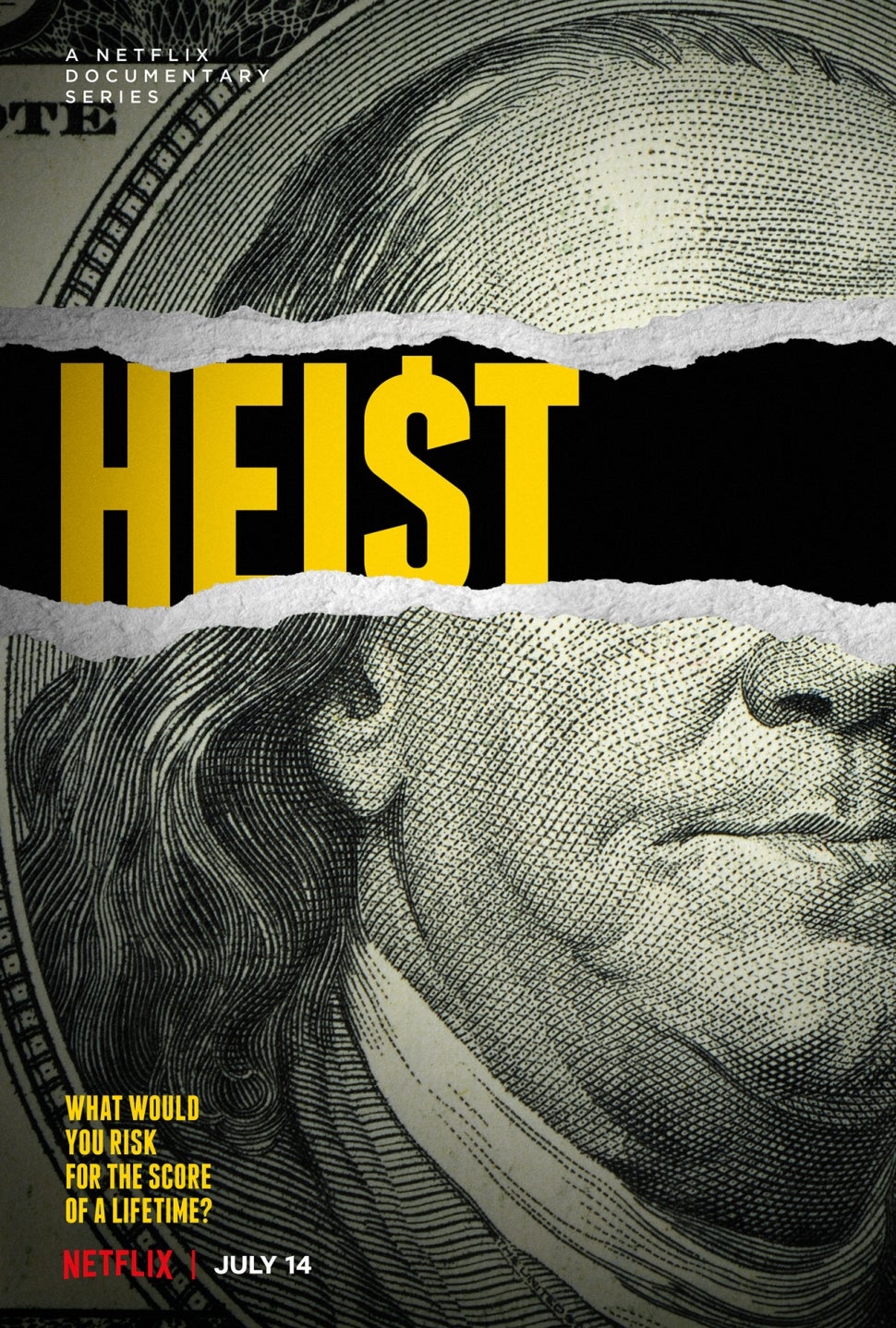 Knowing that audiences love heist stories, which are so popular in movies, Doneen wanted to figure out a way to tell these crime capers from the perspective of people who pulled them off and explore larger human themes related to them. While it’s evolved since then, “I think our initial vision is pretty close to what you see today,” the filmmaker says.

Also making these crimes appealing to director Martin Desmond Roe was the fact that these didn’t involve death or murder. “These are definitely things you should not do — you should not try and steal a hundred million dollars from the federal government — but it works as wish fulfillment,” he says.

Director Nick Frew adds that despite being criminals, “people are going to tune in and be surprised by the emotional journey” they go on as they become “invested in these people’s tales of redemption, and awakening, and regret.”

Told over three parts — “Sex Magick Money Murder,” “The Money Plane,” “The Bourbon King” — each episode details every single part of the heist, from the selection of their targets, the meticulous planning involved, how they pulled it off… and how they ended up getting caught.