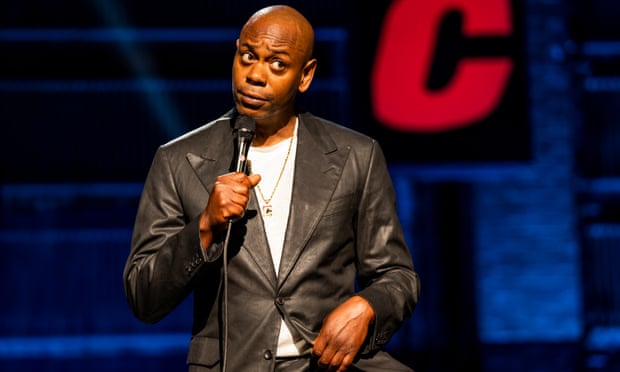 Netflix has reportedly suspended three employees for crashing a meeting between top executives amid backlash over Dave Chappelle’s new special, The Closer.

The 48-year-old came under fire last week over jokes made in The Closer, with many calling for the special to get pulled from the streaming service.

In the special, Chappelle defended JK Rowling’s comments about transgender people. claimed he was part of ‘team TERF’ (the acronym for trans-exclusionary radical feminist) and said: ‘Gender is a fact.’

Terra Field, who identifies as queer and trans, and two other employees who were not invited to the virtual gathering which took place last week, Variety reports.

According to the publication, Field – who is a senior software engineer for the streamer based in San Francisco – was suspended late last week for attending the QBR, which is a quarterly business review that is attended by the top 500 employees in the company.

Netflix did not suspend Field over her tweets calling out what she called anti-trans jokes in the Chappelle special, sources told Variety.

Sarandos continued: ‘Several of you have also asked where we draw the line on hate. We don’t allow titles Netflix that are designed to incite hate or violence, and we don’t believe ‘The Closer’ crosses that line.’

In the memo, Sarandos drew a line between expressing artistic freedom and protecting employees in the workplace as he added: ‘Particularly in stand-up comedy, artistic freedom is obviously a very different standard of speech than we allow internally as the goals are different: entertaining people versus maintaining a respectful, productive workplace.’