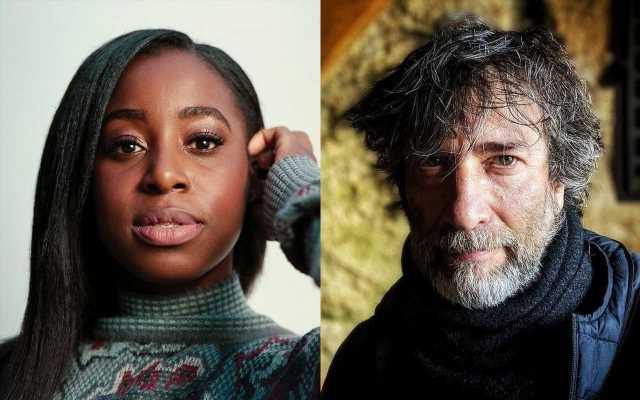 The comic book author has fiercely defended the casting of black actress Kirby Howell-Baptiste as Death in the television adaptation of his graphic novel.

AceShowbiz –Neil Gaiman has slammed those who have criticised the casting of Black actress Kirby Howell-Baptiste in his new Netflix series “The Sandman“.

The author took to Twitter to respond to the backlash surrounding the announcement that Kirby would be playing Death – a character depicted as white in Gaiman’s comics of the same name – in the programme.

When one critic suggested that Gaiman had “sold out” by casting Kirby in the role and accused him of giving “zero f**ks” about his work, he responded, “I give all the f**ks about the work. I spent 30 years successfully battling bad movies of Sandman.”

“I give zero f**ks about people who don’t understand/haven’t read Sandman whining… Death isn’t white enough. Watch the show, make up your minds.”

Another accused Gaiman of choosing a Black actress just for the sake of it, to which he replied, “The ability to give us the great personality was important. The skin colour of the actresses auditioning for the role was not.”

“Hundreds of talented women from all around the planet auditioned, and they were brilliant, and none of them were right,” he tweeted. “Someone who could speak the truth to Dream, on the one hand, but also be the person you’d want to meet when your life was done on the other. And then we saw Kirby Howell-Baptiste’s (she/her) audition and we knew we had our Death.”

When someone else tweeted that their friend liked Kirby as an actress, but not as Death, Gaiman hit back, “Was there something specific in Kirby’s audition your friend felt didn’t work? Because I saw a lot of auditions from several hundred women of all skin colours, and picked Kirby for a reason. If there’s something I missed I’d love to know.”

The writer has also faced backlash for casting non-binary actor Mason Alexander Park as Desire – despite the fact that Desire is also depicted as non-binary in the comics.