Toadie (played by Ryan Maloney) hasn’t had much luck in the romance department of late on Neighbours after his relationship with Dee Bliss (Madeleine West) came to a heartbreaking end earlier this year. Since then, he has been focussed on his young children and making his law firm the best it can be. All the while, his brother Shane (Nicholas Coghlan) has been struggling with drug addiction, unbeknownst to those he loves dearly. Dipi (Sharon Johal) will be at her wits’ end about her husband’s secretive behaviour in upcoming scenes on the Channel 5 soap. However, when he says he wants to leave Erinsborough, will she seek comfort from his younger brother?

In future episodes of the Australian drama, Dipi will become concerned for her husband’s wellbeing when he suddenly disappears.

Shane is actually going to meet up with his dealer, but his wife will be in hot pursuit as she tracks him via an app on his phone.

Although she doesn’t see the drugs, the mother-of-three still believes there is more than meets the eye about her other-half’s shifty behaviour.

Actress Sharon, 32, explains her alter-ego calls on Toadie to help her when she feels her spouse is having issues with his mental health, especially when he forgets their 20th wedding anniversary.

The soap star said: “Dipi relays this to Toadie, and he supports her in the intervention – so they tell Shane to pull back on uni, so he can try to get better.” 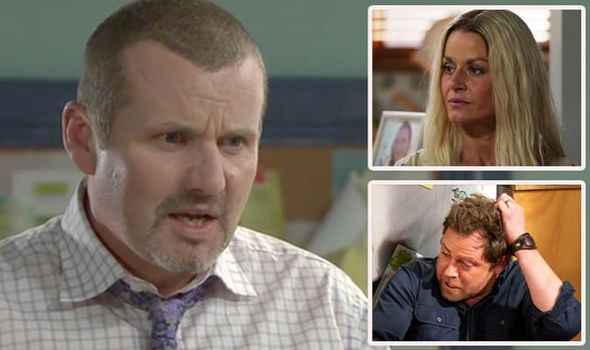 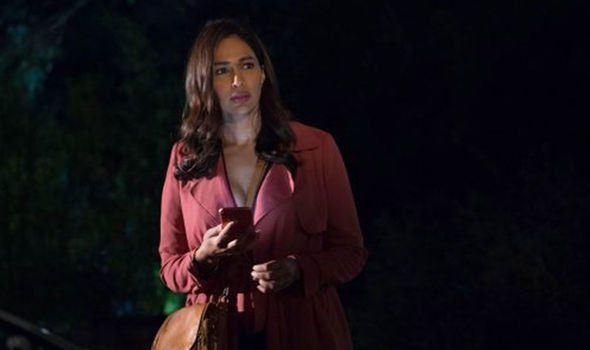 “Dipi’s noticed that Shane has had huge mood swings. He’s excessively aggressive and angry at times – he’s short, irritated and snappy with his family, as well as his workmates,” Sharon told Inside Soap.

It seems Dipi and Toadie will be spending a lot more time together as they try to get to the bottom of what is wrong with Shane.

Despite their best efforts, however, the pair will be gobsmacked when the father-of-three tells them he needs some time away.

In fact, he declares he is going to stay with his other brother Stonie Rebecchi (Anthony Engelman) but doesn’t explain it is to try and kick his addiction. 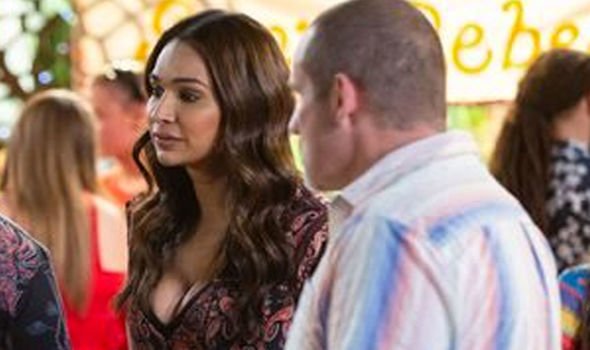 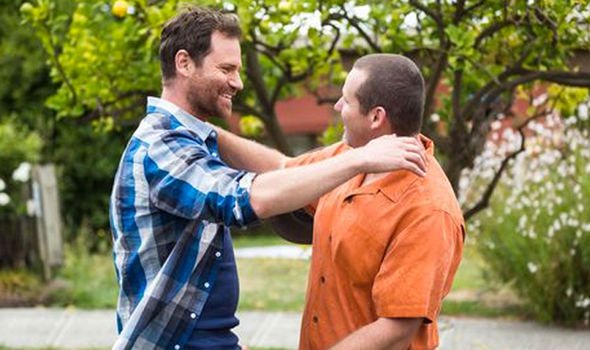 Dipi relays this to Toadie

Toadie’s sister-in-law will be heartbroken as she fears her marriage is on the brink of destruction, so she could turn to her brother-in-law for comfort as they get closer in the coming weeks.

Shane’s brother, who has been feeling lonely since Dee left, might be very willing to give Dipi the attention she needs.

However, as one thing leads to another, could they betray the struggling drug addict by having a one-night stand?

It’s never been suggested the pair are more than in-laws, but their mutual concern for their loved one could light a spark they never knew was there.

Dipi might never have seen Toadie in such a light before, especially as she was best friends with his late wife, Sonya Rebecchi (Eve Morey).

When Shane returns to Ramsay Street, will he discover what his brother and wife have been up to, or will they be forced to hide their scandalous secret?

Actor Nicholas has explained his alter-ego’s marriage could be at its end as he harbours his own dark secret from his family.

The soap star said: “I think there’s a lot of trauma to be explored in this storyline, on lots of different characters.”

CAN’T SEE THE POLL BELOW? CLICK HERE TO OPEN IN YOUR BROWSER

Nicholas continued: “ I think it’s going to be a long road ahead for them as a couple, regardless of what’s happening.

“Shane’s low self-esteem, and Dipi’s frustrations with that, are difficult issues for them to work out.

“I hope they do work it out but it’ll be difficult,” he told Digital Spy, but will one such hurdle be his wife’s affair with Toadie?

With so much at stake, will the Rebecchi clan ever be the same again as long-kept secrets are revealed in the coming months?