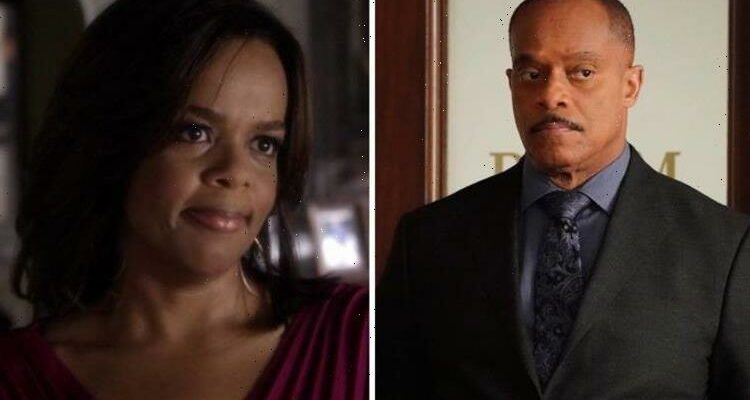 NCIS Director Leon Vance (played by Rocky Carroll) has been leading the team from behind the scenes since season five, being promoted to the top job after the death of Jenny Shephard (Lauren Holly). He has remained one of the constants in the CBS drama as the team has continued to change throughout the years. Director Vance, much like Agent Leroy Gibbs (Mark Harmon) and Jimmy Palmer (Brian Dietzen), faced losing their spouse during the show’s run.

What happened to Director Vance’s wife Jackie in NCIS?

Vance and his wife Jackie (Paula Newsome) had a great relationship and a peaceful home life with their two children.

Despite him working an intense job, this didn’t appear to impact their marriage too much.

This was until season 10, episode 11, Shabbat Shalom, when Ziva David (Cote de Pablo) and her father Eli (Michael Nouri), the director of Mossad, a division of the Israeli Intelligence Community, were invited for dinner.

This is when the drama really started and resulted in not one but two deaths.

A gunman drove past the house and open fire on everyone inside the building.

The massacre of what actually went on wasn’t shown from the families’ perspectives but from the outside as the bullets pierced through the home.

Jackie died off-screen with fans learning of her death through a blunt conversation at the hospital between Vance and Gibbs.

Ziva’s dad, who had been the aim of the attack, had also been killed.

Upon discovering who was responsible for their deaths, Ziva took him out to get her revenge.

This event changed Vance’s life forever as he now had to juggle being the NCIS director as well as taking care of his children.

But showrunner Gary Glasberg said this was the intention when they decided to kill Jackie off.

Explaining to TV Line, Glasberg admitted he had been thinking of having Vance’s wife murdered for quite some time.

He said: “I really wanted to do something that would open up his world a bit, because Vance’s family life has been very grounded and very positive.”

Actress Newsome was reportedly not exactly thrilled at her character being killed off.

But Glasberg said that she and actor Nouri “were total pros and they wanted to give it everything they could”.

Since leaving NCIS, Newsome has had various small roles on TV.

Some of which include Castle, Cougar Town, How to Get Away with Murder and Magnum P.I.

Her biggest role to date post-NCIS has been in two seasons of Chicago Med as Caroline Charles.

NCIS season 19 continues every Monday on CBS in America. A UK release date hasn’t been announced.