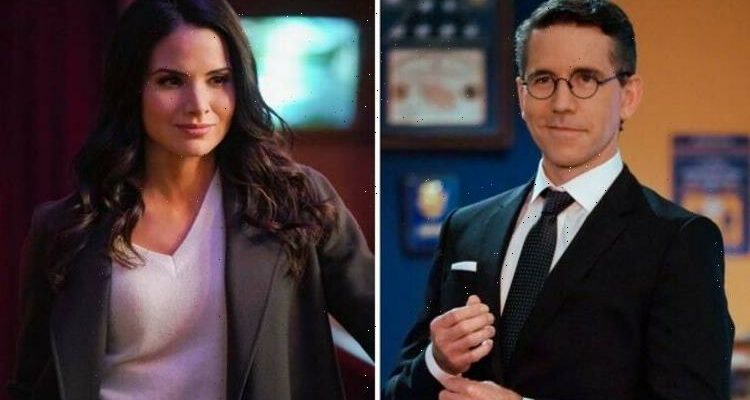 NCIS season 19 has seen a complete overhaul in its cast with the exit of Agent Leroy Gibbs (played by Mark Harmon), and the introduction of Agent Alden Parker (Gary Cole) in its latest season. Season 19 was also Agent Jessica Knight’s (Katrina Law) first full series as a member of the team in the CBS police procedural. Despite only just settling into the new role, Jessica seems to have stumbled upon a possible new romance already.

Will Jessica Knight and Jimmy Palmer get together?

NCIS season 19’s episode 15 saw Jessica in a bit of a pickle as she needed a plus one to take to her cousin’s wedding at the last minute.

She didn’t want to go alone and face ridicule from the rest of her family and so her pursuit started in finding a date.

None of them were interested in going and so her attention turned to chief medical examiner Jimmy Palmer (Brian Dietzen).

Her nervousness to ask Jimmy didn’t go unnoticed by fans and neither did their reactions to seeing one another dressed up.

Jimmy told Jessica that she looked beautiful, which caused her to smile shyly at the ground.

This isn’t the first time there has been a hint of romance in the air either as Jessica previously said that she liked Jimmy’s dimples.

After watching their interaction, some fans are loving the idea of Jimmy and Jessica together.

Twitter user Kelsey Kaden questioned if the NCIS agent and medical examiner were a “permanent thing”.

Cait then added: “Is it wrong if I started shipping Jess and Jimmy?”

So there is plenty of interest in them becoming a couple, but not everyone is best pleased with the idea of him finding romance with Jessica.

Angie wrote online: “I literally have been watching NCIS only because of #Jasie [Jimmy and Kasie Hines] and now they’re trying to make s**t happen between Jess and Jimmy?

Whereas NCIS fan Kirstin suggested it is too soon for Jimmy to move on from his wife Breena Palmer (Michelle Pierce) who died of coronavirus last year.

She wrote: “I like Knight, I do…But coming right after the episode with Breena, this is painful.”

But only time will tell if Jessica and Jimmy are actually going to become the show’s next couple.

However, heading into the next episode of season 19, it certainly looks like the seeds have been sown on a possible romance – but for now, it’s very early days.

NCIS season 19 continues every Monday on CBS in America. A UK release date hasn’t been announced.