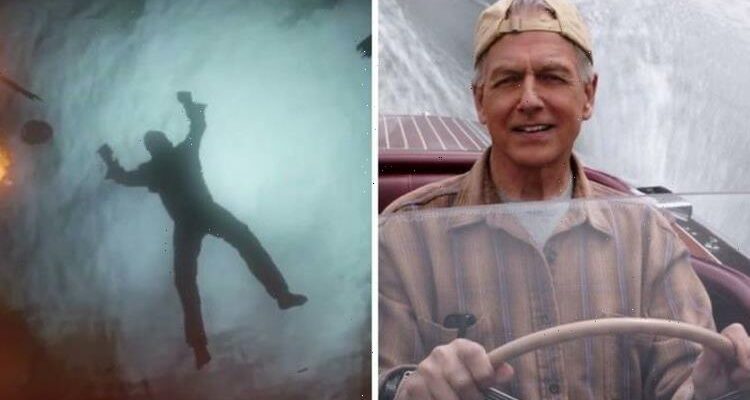 NCIS fans have been left wondering about Gibbs’ (played by Mark Harmon) fate following the explosion at the end of season 18 on CBS. Gibbs was last seen swimming away from his boat, but he isn’t out of the choppy waters yet as his would-be killer is still on the loose. Ahead of season 19, viewers want to know who caused his boat to explode.

Who caused Gibbs’ boat to explode?

One of the greatest mysteries from season 18 is Gibbs’ explosive boat trip during the finale.

Gibbs has been building his boats by hand since the pilot episode in 2003, typically giving them away to friends.

However, this boat was different and caused fan speculation to go wild throughout the season.

Named Rule 91, viewers were desperate to know what the rule stood for and who would end up with the boat this time.

One of Gibbs’ endearing character quirks is his love for rules, he is known for having an ever-expanding list that he stands by.

They range from “never allow suspects to sit together” to “when you need help, ask” and beyond.

With the boat being christened with the name Rule 91, fans wanted to find out what Gibbs lasted list entry would stand for.

All was revealed during the season 18 finale when Ellie Bishop (Emily Wickersham) called Gibbs.

He was driving his boat to the lake, leading to Bishop asking what Rule 91 means.

Gibbs replied: “You’re living it. When you decide to walk away, don’t look back.”

Following this, Gibbs took the boat out on the water in the search for a body connected to his current case.

However, the search didn’t last long as the boat went up in flames, throwing Gibbs into the water.

Thankfully he was safe, as before the season came to a close, he was seen swimming to safety.

But this doesn’t explain what happened, as many fans believe someone deliberately rigged the boat to explode.

Unfortunately, the season doesn’t provide any answers and the plot details of season 19 are being kept under wraps.

There are various theories being proposed by fans, with the serial killer behind the body in the lake being to blame.

With the case unsolved, it will lead into season 19, meaning the serial killer and potential boat exploder will be revealed then.

Another theory is that it is an enemy from Gibbs’ past with the series lead accumulating many foes over the years.

However, as Gibbs is only in a handful of episodes in season 19, it is unlikely that there is be such a personal focus on the character this time around.

One theory that has gained a lot of traction is that Gibbs did it himself.

He was already aware that he was being followed and so by destroying his boat with him in it, it would throw anyone on his trial off the scent.

Gibbs is usually two steps ahead of anyone else and with rule 91 referring to leaving, it is only appropriate that he would destroy it, affirming to fans that he is going nowhere.

NCIS season 19 will be available to watch on September 20 on CBS in the USA. A UK release still is yet to be confirmed.