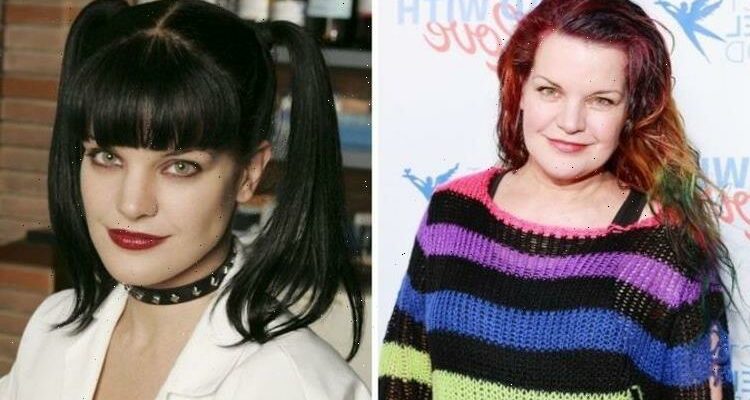 Pauley Perrette hasn’t been seen as forensic expert Abby Sciuto since the 15th season of NCIS. After taking her leave from the popular CBS drama, she has only made a few television appearances but recently confirmed she’d be taking to the screen again on Twitter.

The former NCIS star followed up on her promise and posted a clip of the live broadcast.

After years as one of the most popular TV crime-solvers, it was finally Pauley’s turn to be educated on some of the obscurer sides of the law.

She told Legal Smart host Alison: “I’m really excited because I have a question for Alison.

“I love Legal Smart, she knows I’m a big fan. But I really do have a question.”

Pauley went on to explain her concerns about planting some particularly risky foliage outside her house.

She asked: “Especially in California, I know you can, but if I were to plant cacti on my property, and someone were to bump into the cacti, am I liable for that? Cacti are dangerous.”

Alison first had to take a moment to register the NCIS favourite was a fan of her KTLA segment.

“I’m totally geeking out that Pauley is a fan of Legal Smart, that’s amazing,” she exclaimed.

“She’s totally into crime and everything exciting in forensics.”

The TV lawyer then gave Pauley some crucial advice for planting the prickly specimens on her property.

Alison explained the question related to premises liability and would depend on the three types of people who come onto private property; visitors, workers and trespassers.

“You owe each of them a duty of care; for trespassers, it’s certainly not as much as someone you invite onto your property,” she said.

“I do not want them next to a public sidewalk,” Alison continued.

“Someone who’s on the public sidewalk could fall over and hit the cactus.”

Alison explained the cacti shouldn’t be placed near public spaces or her own walkway to avoid members of the public falling over and landing on the dangerous plants.

She added one of her lawyer friends had a case where a delivery person was injured due to overhanging cacti.

Once the segment aired, Pauley tweeted: “YAY!!! Thank you @AlisonTriessl and @KTLA!!!”

The NCIS star was last seen on screens in a major role in last year’s CBS sitcom Broke but continues to make occasional appearances on talk shows and podcasts.