Spoiler alert: Do not proceed if you have not watched Sunday’s series finale of NCIS: New Orleans.

Pride is signing off.

On Sunday’s series finale of NCIS: New Orleans, Pride (Scott Bakula) got the ending he deserved — a sentimental wedding to his love, Rita (Chelsea Fields), and an unexpected resolution to the Connor debacle. After coming to terms that he would likely have to give his son back to his estranged ex, Sasha (Callie Thorne), she made the responsible decision, opting to go on the run and leave Connor under Pride’s care. While it’s unclear what Sasha’s fate ultimately is, it’s safe to assume she’s in a whole heap of trouble.

ET hopped on the phone with NCIS: NOLA executive producers Chris Silber and Jan Nash to discuss the series’ final goodbye, what a season 8 would have looked like and transitioning to the new Hawaii spinoff.

Chris Silber: There’s always that thought in the back of your mind, the later the seasons go, that the deeper into a run that you get to. But there’s also always that sort of optimistic plan of coming up with a season that would have a satisfying ending, if it were the season finale, or even if it was the series finale because oftentimes you don’t have the gift that we got which was advance notice that, it wasn’t as much advance notice but it was more than a lot of shows got and certainly other shows I’ve been on that have ended their run. Oftentimes find out once you’ve finished your season.

Jan Nash: It was such a strange start to the end of the last season with us having our season cut short because of COVID, and then starting this year. Chris and I, and so many other people put so much energy into coming back and getting people back to work and getting them back to work safely, that I can honestly say that I did not… I was so pleased with the fact that we went to work and that we were making such good television, that I didn’t really give a ton of thought to what the show’s prospects were. And I was genuinely surprised and saddened when the network said that the show wouldn’t be returning for season 8. Chris is 100 percent right. When you’re 150-plus episodes into something, there’s always the possibility that you will reach the end of that very long run. But we were so in the midst of making the show under these very strange circumstances that I personally didn’t spend a lot of time thinking about it.

Did you have any conversations with Scott about when he might want to be wrapping up on the show?

Silber: The conversations we always have with Scott were for what we’re doing with the show, what direction we’re taking the show. It is a complicated business in that we are making art. We’re working together in that way and the business part of it is usually something that you take care of on the side. Our relationship with Scott was focused on the work that we were doing. And frankly, the network let us know that this was going to be the end. And it was sad for Jan, sad for me and Scott was also disappointed. We all had, I think, at least one more season in us. 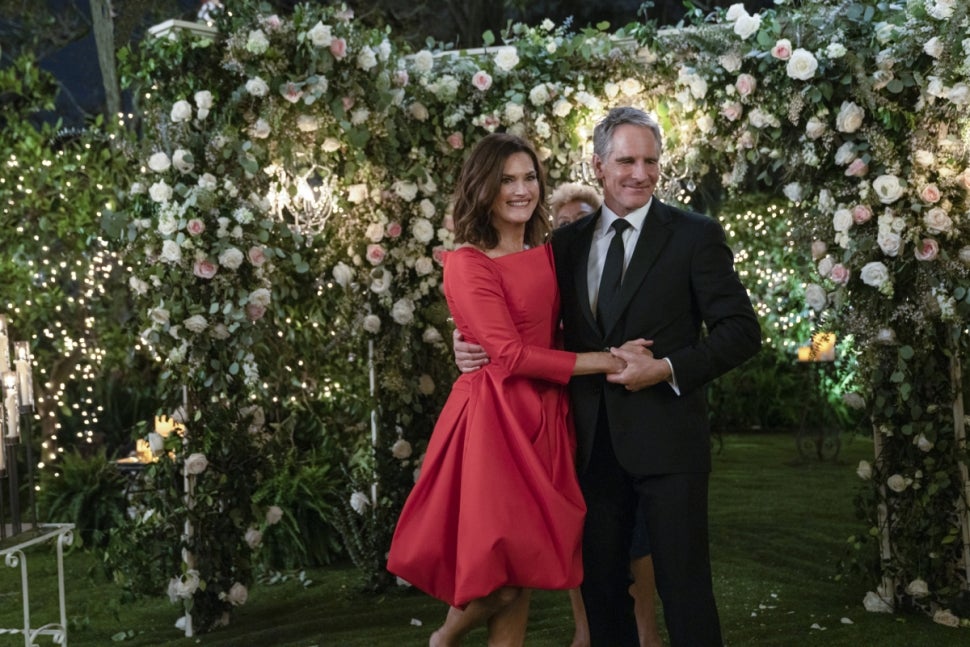 How did you navigate trying to tie up nearly a decade of loose ends with the amount of episodes that you had left?

Nash: Because we had already broken [stories] at the time that they told us that the show wouldn’t be returning for season 8, we ostensibly already mapped out what the season was going to be. What we did at that point was Chris and I had conversations with each other and the writers about what we thought — based on the plans we had made — was going to be the most satisfying conclusion to the show. And we ended up leaning into the personal stories and the wedding and the Connor story and dropping some of the procedural elements. We took those things that ultimately were in those last several episodes and we expanded those, we turned out some other stuff. And so, Chris was right that the luxury of knowing that we were coming to an end — although it had to focus on the things that we thought that we cared about and we thought that the fans would care about and establish stories for them that would continue on after the show was over.

What was the most satisfying thing for you guys to wrap up and be able to give the fans in this final episode?

Silber: That’s a great question. In a very general sense of a happy ending, but this sense that it’s not an ending. This concept that the characters are going on, but the fact that he got a call to another [investigation], you got to go. That even if this is the end, that it was very clear this is the end, it’s not for them in their fictional world and they’re fictionalized, they carry on and you get this sense of this family, they get a win. And they have this together and this second line celebration was the perfect ending to the story.

And you do leave a slight cliffhanger with Sasha. Was that something that you wanted to include, just to be like, “We’re not quite sure what happened to her…”

Silber: Always much debated, the suspense. It was almost always much debated. There was a version of it early on where we would watch her die, but the idea that this woman — you don’t know what happened. She’s a survivor, but she’s also sort of out of places to run, which tied in very dramatically to this story at hand. The idea that she has an opportunity to make one good gesture, which is leaving Connor with Pride and moving on. We liked the idea that let the audience try to see if she’ll get out of that one or if she won’t.

You mentioned thinking you had one more season under your belt. What other relationships or storylines would you have wanted to spend more time exploring had you had more episodes to do so?

Nash: The things that we set up in the finale are exactly the things that we would have continued to develop in a season 8. We would’ve explored Pride’s new marriage and his relationship with Connor. We would have explored whatever was going to come with the Hannah-Carter relationship. We would have watched what happened with the newly alone Sebastian, and how that affected his relationship with Gregorio. Has she moved on? I think we would have blended as we did in this last season the solving the crimes with the character stories in a way that would’ve allowed us to continue to really make very solid episodes. We’re very proud of the way the series ended. We’re lucky that we had a chance to actually end it in a way where we felt like we’d had control of what that story and those images were going to be. And I think we would have felt just as good if there had been a season 8. We would’ve gotten to something that would have been just as satisfying for the audience. That wasn’t as hard. 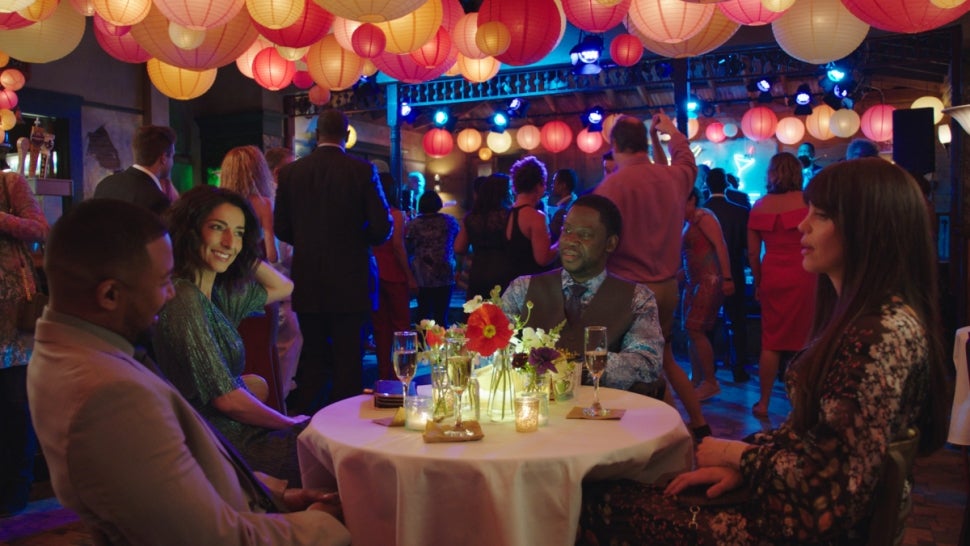 Now with the show over, are there opportunities to have some of these characters pop in and out of L.A. or Hawaii or the flagship series?

Silber: We always say, never say never. Completely open to us. The franchise has created its own mythology, its own world across multiple shows. And we are open to any sort of crossover opportunity. Of course, once we’ve got our legs under us.

Since you’re transitioning into Hawaii, how is the show going to be different or special in the NCIS ecosystem?

Nash: This is an incredible franchise. Incredible franchise that’s been running for years and is the most successful television franchise in the world, at least that’s what I learned today in a presentation. And I think that we are hoping to do right by that franchise, to tell really, really interesting crime stories in that place where we are honoring the place, which is what we tried to do on New Orleans. And also to have an interesting group of characters. We’re going to have the first female lead on any of these series and we are going to work really hard to honor what that means for a show like this. What does it mean for there to be a female leader in this crime-solving team. We are going to, as much as we told personal stories in NCIS: NOLA, a lot of the last two seasons, we’re going to tell character stories in NCIS: Hawaii and really get a sense of who these characters are and who their families are. So I think we’re hoping to obviously expand, not break a franchise that has been wildly successful and give the audience something else to love. They’ve already loved these shows so much for such a long time.

Silber: I’d add to that, it’s also lessons learned on New Orleans and having worked on really seven seasons on a show that shot in and took place in New Orleans. Getting to know the place itself beyond the postcard picture of that history. But the rich culture of that city, to explore it and do it justice, which I homely feel that we did. To do the same for Hawaii. This is more than just Waikiki, this is a rich culture and this is a place that hasn’t been fully explored on a show like ours. And we intend to do that, too, and get to know the diversity of the islands and the people who live there and work there.

For more, watch below.

'NCIS: New Orleans' Sneak Peek: Wade and the Mayor Have a Heart-to-Heart Over a Glass of Wine (Exclusive)