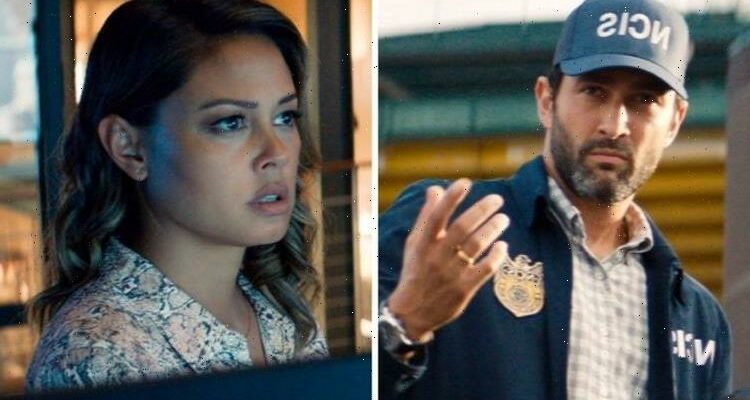 The latest NCIS spin-off kicked off in spectacular fashion and introduced fans to an exciting new team of Special Agents. Following a lengthy holiday break in December, season one of NCIS Hawaii is, unfortunately, being pulled off screens yet again as CBS confirmed its plans for next week.

Both NCIS Hawaii and the mainline NCIS series will be airing repeated episodes next Monday.

The usual eight o’clock slot will be filled by an episode from the parent show’s 19th season, Nearly Departed.

Whilst NCIS Hawaii will be delaying the next instalment in its debut outing and showing episode seven, Rescuers.

Fans will have to wait another seven days for new episodes of both series airing back-to-back on Monday, January 17.

The scheduling shake-up will be especially disappointing for viewers who were hoping for more NCIS action after the Christmas break.

This Monday saw both shows return after a month’s hiatus, but there is still more waiting to come.

However, there is a clear explanation for why CBS has opted to avoid slotting more episodes of NCIS into Monday’s primetime slot.

The US network will be keen to avoid clashing with ABC’s broadcast of the highly anticipated college football championship.

In order to prevent the risk of losing viewers, CBS was left little choice but to delay the return of two of its most popular series.

After launching in September, NCIS Hawaii has gained steam before the holidays and is fast becoming another wildly popular entry into the NCIS franchise.

Plus, there is plenty of information regarding coming episodes for fans to get their teeth stuck into during the wait.

Plot details for episode 11, The Game, are being kept under wraps for now, but NCIS enthusiasts should expect a promo to arrive soon.

The series will thankfully return the following week for the first of a two-parter, titled Spies.

It’s then-unknown whether there’ll be any more midseason breaks, though things usually run more smoothly after the Christmas hiatus.

An exciting new update has confirmed NCIS Hawaii will be running until at least March of this year.

NCIS co-stars Wilmer Valderrama and Katrina Law confirmed they were heading to the island to film the spin-off’s first-ever crossover event with the main show.

CBS producers were confident enough in the NCIS offshoot to give a full season order, so audiences could expect 20 or more episodes from the Pearl Harbour team.

A second season has yet to be confirmed, however, though is all but guaranteed given the NCIS franchise’s current track record.

NCIS Hawaii season one continues Monday, January 17 on CBS in the USA. A UK release has yet to be confirmed.