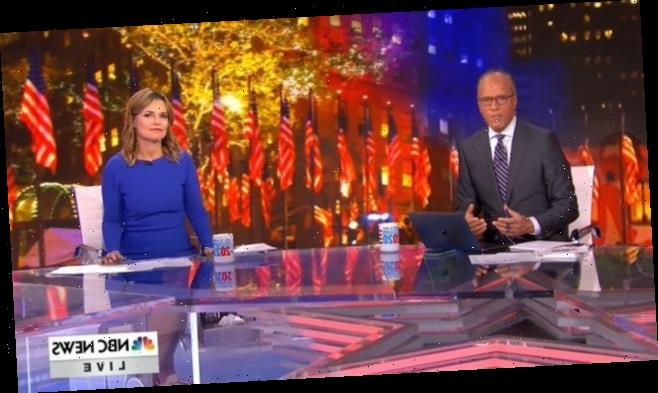 Before President Joe Biden scheduled a primetime speech on the Covid-19 pandemic for Thursday, NBC News was already a Dateline special to mark the anniversary of the start of the lockdowns.

Covid One Year Later: Life After Lockdown, airing at 10 PM ET, will feature Lester Holt and Savannah Guthrie from the Lincoln Memorial, with interviews with Secretary of the Treasury Janet Yellen and White House chief of staff Ron Klain. The special also will feature coverage of vaccines and the new variants, and segments on the future of travel and small business. Also contributing will be Craig Melvin, Richard Engel and Kate Snow.

“The thinking behind doing a show like this was to mark a moment in time,” Guthrie told Deadline. “This has been an extraordinary year of loss and change and grief in our country, and it merits a reflection. This is an inflection point. But I think the show that we are doing will not only acknowledge and of course look back at that, but I think the hope is also to be forward looking, and to try to pose the question, ‘What will life be like in the future? When will it go back to normal? What has changed and what will never change?’”

Lester Holt On Covering A Year Of The Covid-19 Crisis: "It's Hard To Imagine Anything Bigger, But I Say That Very Quietly"

She said that for the special, she spoke to a sociologist at Yale who pointed out how societies in the past have responded to the end of a pandemic. For example, the conventional wisdom that people will move away from cities isn’t supported by history.

“One of the things he said is there is also a period of not just economic output because of pent up demand, but creativity and connection, and people wanting to go back to the things that they lost during the period of the pandemic.”

NBC News has been doing a two week series on the pandemic, with content across its programming and platforms.

The pandemic also has been a challenge for news divisions as they try to convey accurate facts amid a blizzard of misinformation.

To counter that, Guthrie said, “It’s back to the basics, back to the foundations of what we do. That is the only answer, and hope that ultimately truth will prevail. …A lot of times during the course of the pandemic I would be doing these live interviews with various administration officials or doctors or researchers, and I made it my own personal mantra, ‘I am on the side of facts.’ It sounds kind of obvious, but people need information, they need to know, ‘Can I go outside? Is it safe to go to the grocery store? Do I need to wipe down my groceries?’ All of those things. We just need to be on the side of facts and eliciting facts, and just be laser focused on that.”