The second season of Narcos: Mexico expands the story into the late 1980s as Gallardo’s empire begins to crumble around him.

She is introduced in the story as she begins an affair with Enrique Clavel (Andres Londono).

However, after Gallardo turns on her husband, she is forced into hiding with her children. 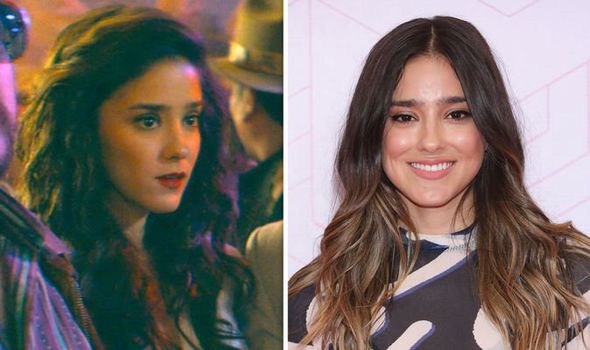 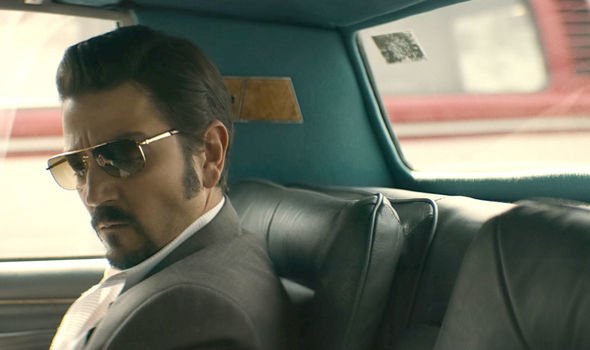 As viewers of the series will know, Guadalupe’s story is a tragic one.

In the finale episode of Narcos: Mexico season two, Gallardo is seen to order her death.

He sends Clavel to tell her how it is now safe for her and her family to come out of hiding.

He then drove her to a remote location and shot her in the head in a harrowing scene.

However, the actual story of what happened to her is even more horrific. 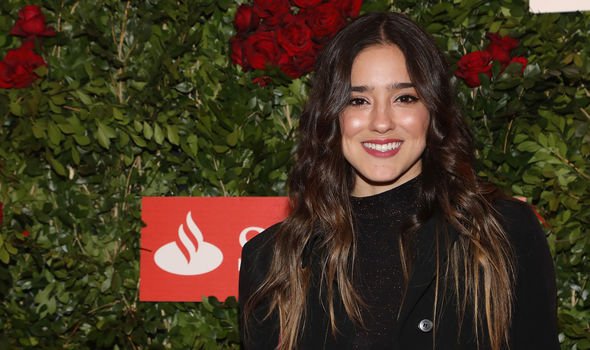 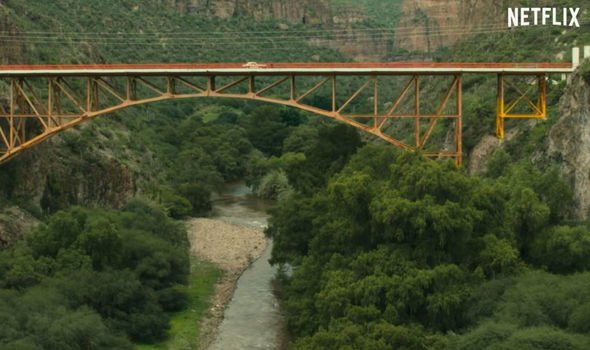 In 1989, she was forced to withdraw $7million from a bank account by Clavel.

He then decapitated her and sent her head to Palma, as well as killing her children.

In the show, she is played by Colombian actor Viviana Serna.

Before appearing in Narcos: Mexico, she has starred in Spanish-language shows including La viuda negra and La ronca de oro.

She will next be appearing in Lambs Among Wolves, which as television series due out later this year.

Guadalupe’s story is one of many harrowing moments of the violent second season of Narcos: Mexico.

As viewers will know, the main thrust of the series follows DEA Agent Breslin as he attempts to find the person responsible for the kidnapping and murder of Kiki Camarena (Michael Peña).

This leads him closer to Gallardo and his operation as the drug kingpin begins to lose his grip on power.

Viewers will remember the series ends with Gallardo sent to prison after his federation deserts him.

However, it is not yet confirmed whether the series will be coming back for another season after this.

Speaking to The Hollywood Reporter, showrunner Eric Newman said: “As I always say, we’ll go on as long as they let us and as long as the drug war rages – which, as you know, there is no end in sight.

“But I would be lying if I said I hadn’t put quite a bit of thought into where we would go. I’ve always had a pretty fair idea at where we end up.

“That’s about all I can say about season three. But it’s definitely something that we’re actively discussing internally.”

Narcos: Mexico season two is available to stream on Netflix.