Naga Munchetty returned to screens on Saturday morning alongside Charlie Stayt to host BBC Breakfast. After a weather report, Naga questioned the photo of the sunrise but shut Matt Taylor down as he tried to explain the image.

Before meteorologist Matt appeared on screen with the weather, Naga and Charlie showed an image of a glowing sunset from outside of the building.

Naga introduced Matt: “I’m not sure of Matt, is it a sunrise or a sunset?

“I’m assuming it’s a sunrise Matt, morning to you?”

Speaking on the photo behind him, he confirmed: “Good morning, yep sunrise behind me as well in East Wales this morning.” 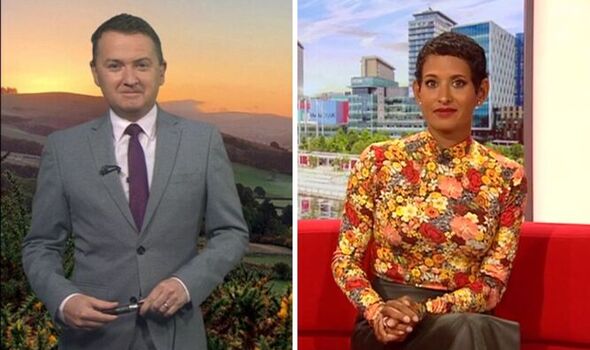 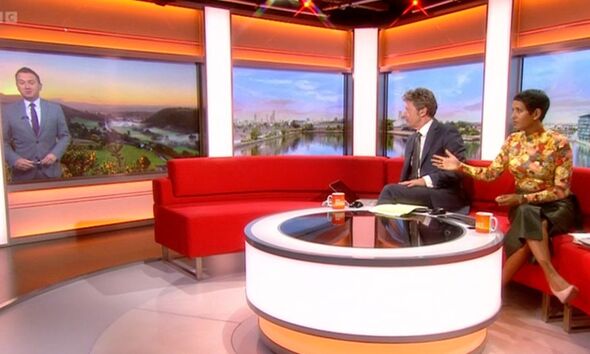 After Matt gave viewers an in-depth look at the weather predictions for the weekend, Naga asked for his insight on a debate.

She revealed: “Matt, you’ve sparked off somewhat of a debate in the studio and the gallery.

“Can you go back to that first picture?” she asked the weatherman.

When he responded: “I can indeed, here we go,” a stunning photo of a sunrise in Nantmel, Powys, appeared behind him. 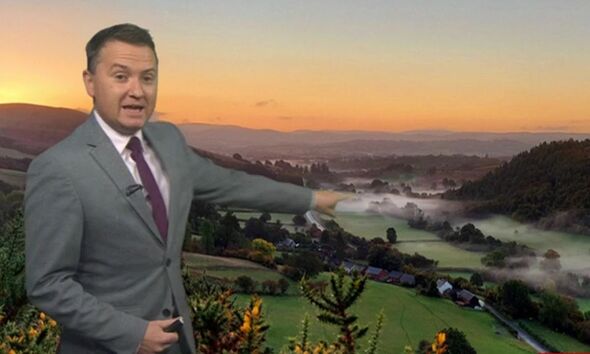 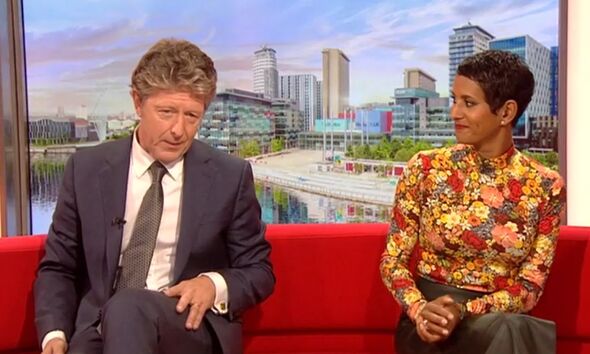 Naga probed: “Are there any rules which say that is definitely a sunrise, could that have been a sunset?”

As he pointed at the image, Matt replied: “I think the giveaway here is the fact you’ve got a little bit of shallow fog,.”

Then Naga hit back: “But you can get shallow fog at sunset.”

To which Matt admitted: “You can do, it could be either, but It’s definitely a sunrise, I promise you.”

“I believe it’s a sunrise, but it could’ve been a sunset,” she added.

Matt answered: “It could’ve been,” as Naga continued: “Thank you very much.”

After a few moments of silence, Matt stated: “I wouldn’t be showing a sunset at this time of day though.”

Before he could continue, Naga shut him down: “Matt, you’ve said enough, thank you.”

In response, Matt let out an awkward laugh and said: Thank you, I’m off.”

Before the presenters resumed reporting the news, Charlie added: “I feel a lot of sympathy with Matt in those circumstances, I do, I really do.”

To which Naga questioned: “What having to mediate between our many debates?”

Charlie defended Matt with: “The poor man just wants to get off and do his job.”