The two-part episode will see the family matriarch, played by Brendan O’Carroll, going all out to win a “best decorated house contest”. 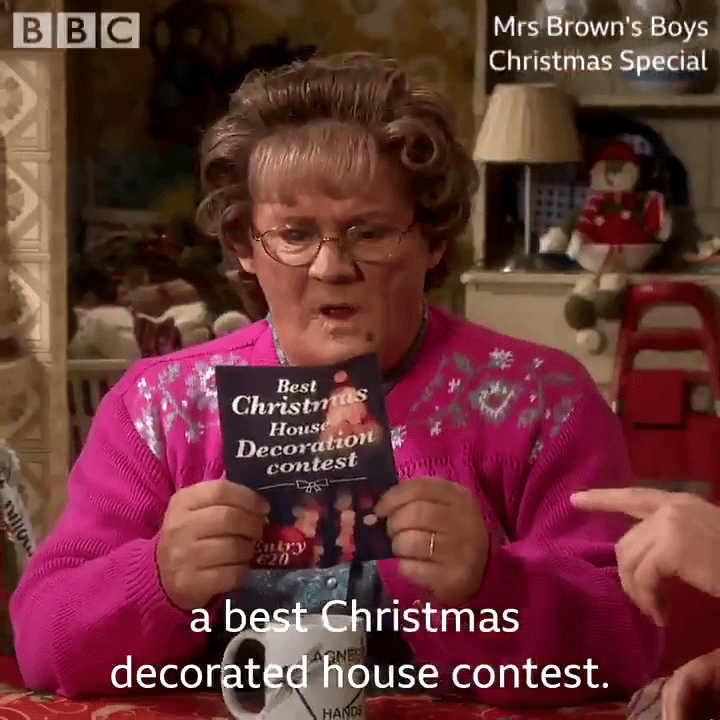 In a brand new teaser clip, it’s explained that the competition will be set on the inside of people’s houses – rather than the outside.

The outrageous Agnes quips: “Is that because we’re in a studio and we don’t have an outside?” but that doesn’t mean she doesn’t go all out.

Judges can be seen wandering into her living room and inspecting her handiwork.

Most impressively, long-suffering Granddad is turned into a walking Christmas tree – with a jumper stitched with fairy lights into it causing quite a stir. 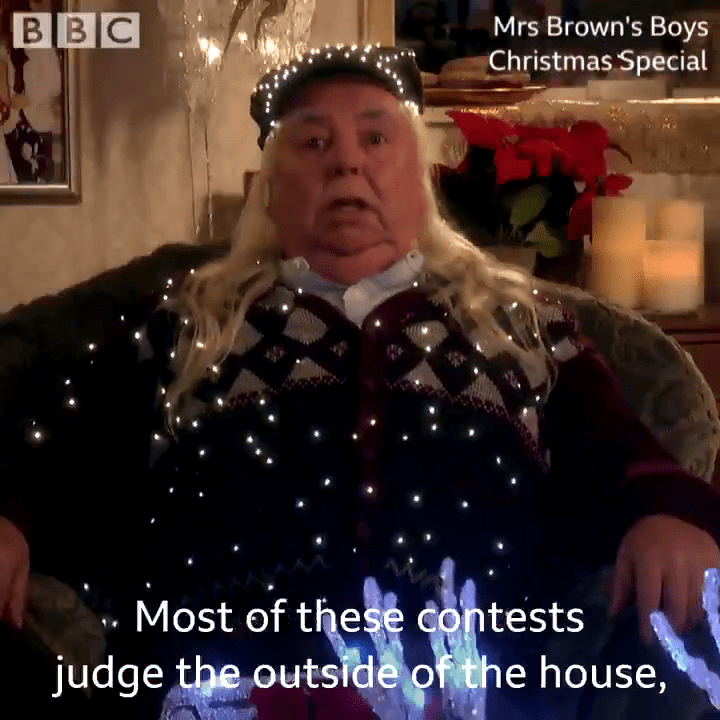 But will Agnes manage to win the competition and get one over on her nemesis Hillary Nicholson.
Fans of the BBC comedy will also be left in stitches when the matriarch gets an Amazon Alexa from Buster and Dermot.

In the second instalment of the Christmas Special, called Mammy’s Motel, Winnie and Sharon are forced to move in with Agnes after pipes in their house burst.

But will she be able to cope with a house full of guests? More than likely not… Earlier this year comedian Brendan, 63, revealed that the BBC had ordered Christmas special episodes up until 2020.

He also confirmed he would be hosting All Round To Mrs Brown’s next year after the chat show spin off proved a hit with fans.

Mrs Brown’s Boys Christmas special airs on 25 December at 10:15pm on BBC One.