We are on a steampunk version of Earth, some time after a cataclysmic event called the Sixty Minute War – which has left the planet in such a state that half the population follow a philosophy called ‘Municipal Darwinism’ (entire cities are raised from the ground, plonked on wheels and set about devouring smaller cities for their resources) and the other half are stoic and based in Asia. 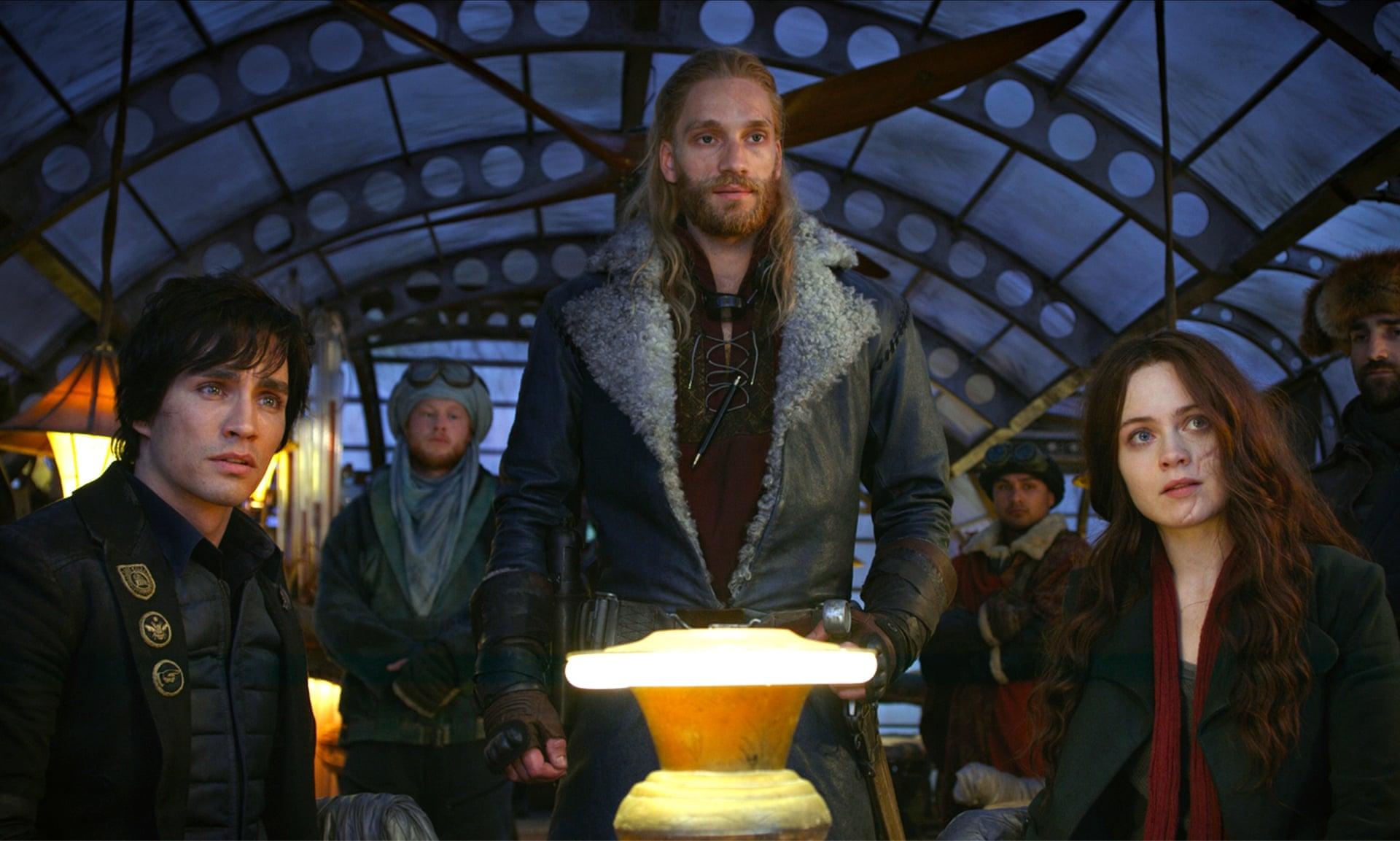 With me? Tough, I’m carrying on.

Our heroine Hester Shaw is aboard a city swallowed by London, with the sole intent of murdering Thaddeus Valentine, a seemingly popular dignitary.

Tom Knatsworthy, a plucky young historian, obsessed with “old tech” from the ‘Screen Age’ (iPhones etc) gets caught up in the melee and together they go on the run from the duplicitous Valentine, a strange creature called Shrike and countless killer machines.

Part buddy movie, part origin, part legend setting – Mortal Engines has a lot to like about it, but Jeepers it really packs far too much in.

It is phenomenally LOUD and dizzying – characters are barely given the chance to introduce themselves let alone develop and there are some seriously dodgy voice overdubs (mainly from Hugo Weaving who sounds as if he was on Skype eating crisps) – but as spectacles go, despite it’s messy, overlong edit there’s just enough here (mainly thanks to a wonderful Minions gag) to make me want to see another.