In the scene, Dr. Michael Morbius undergoes an experimental treatment for a rare blood disorder when things start to go haywire.

Directed by Daniel Espinosa, Morbius features Academy Award winner Jared Leto as the enigmatic antihero Michael Morbius. Dangerously ill and determined to save others suffering the same fate, Dr. Morbius attempts a desperate gamble. While at first it seems to be a radical success, a darkness inside him is unleashed. Will good override evil – or will Morbius succumb to his mysterious new urges?

The upcoming installment in the Sony Pictures Universe of Marvel Characters is set for release in theaters on January 28, 2022.

The story and screenplay are based on the Marvel Comics, by Matt Sazama & Burk Sharpless, and stars, in addition to Leto, Matt Smith, Adria Arjona, Jared Harris, Al Madrigal and Tyrese Gibson.

The film is produced by Avi Arad, Matt Tolmach and Lucas Foster, with executive producers Louise Rosner and Emma Ludbrook.

Check out the new Morbius scene above and the character poster and still below. 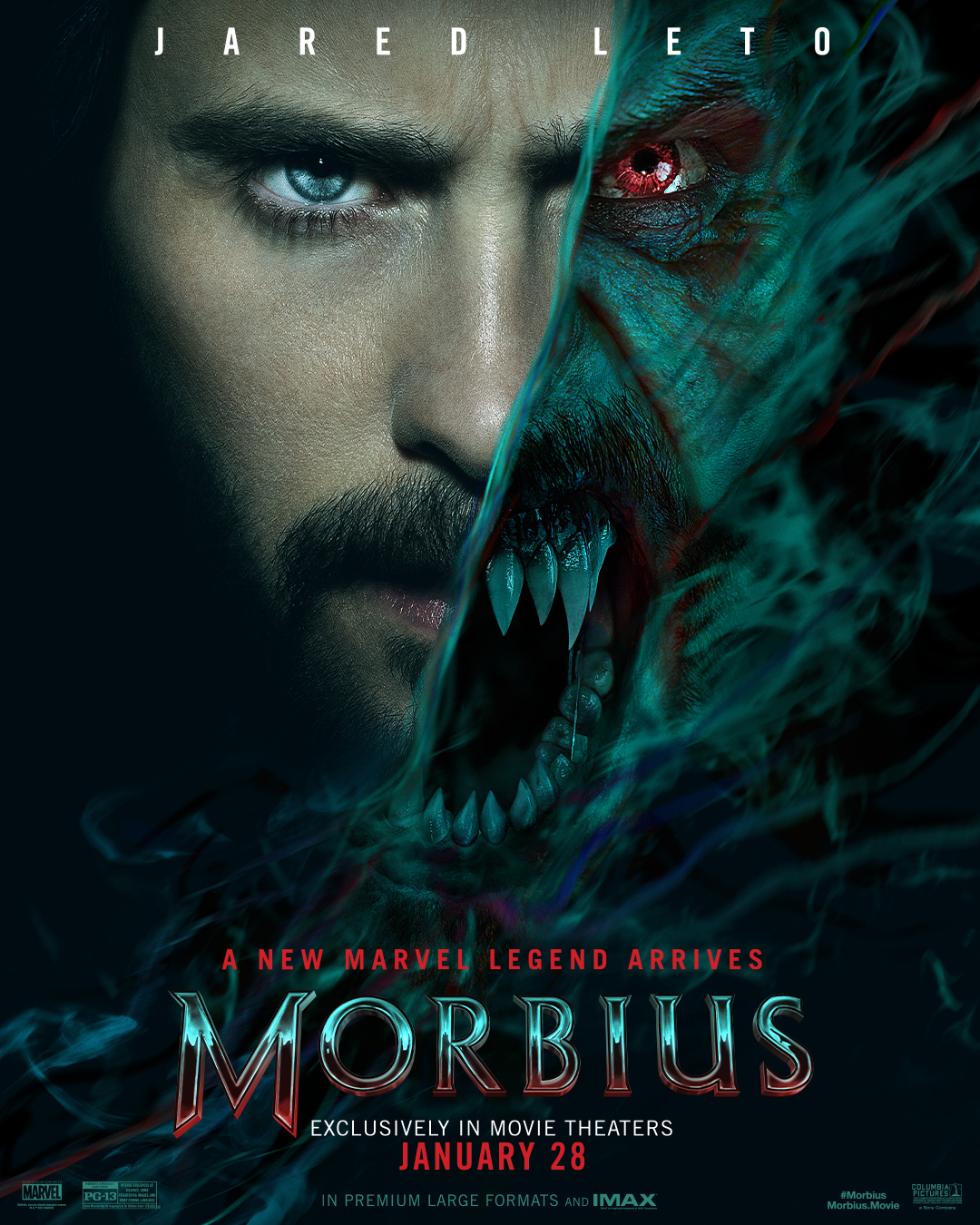