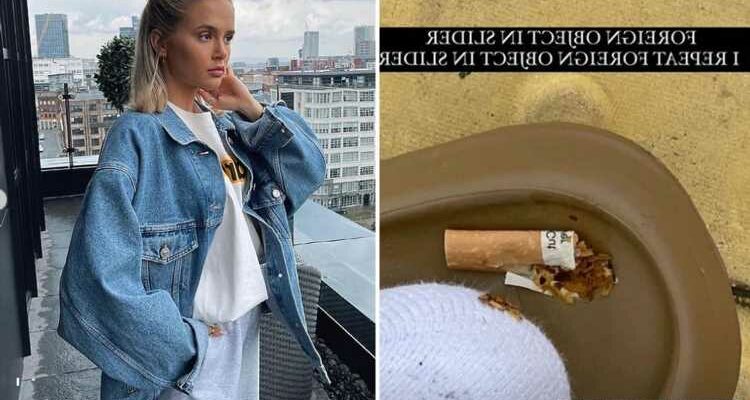 MOLLY-Mae Hague has revealed she threw up after removing a used cigarette butt from her designer sliders.

The Love Island star, 21, took to her Instagram Story yesterday to share her disgust over the "foreign object" and said she didn't know how it got into her shoe. 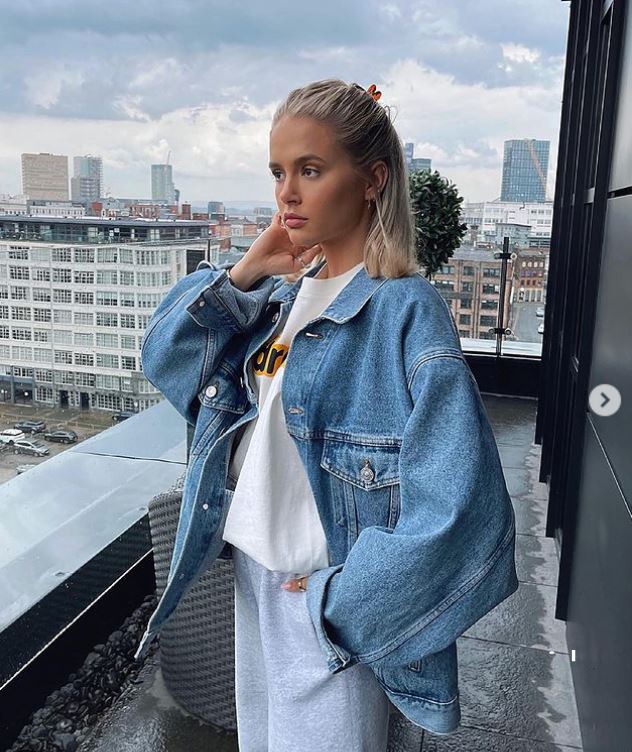 "I just got sick having to flick this out of my slider, don't ask me how it got in there".

Before her stomach took a turn, the TV star had been enjoying a girls' day out with pal Maura Higgins at Manchester's Dakota Hotel.

Molly showcased her off-duty style for the day in an oversized denim Balenciaga jacket, loose-fitting T-shirt and pair of grey joggers. 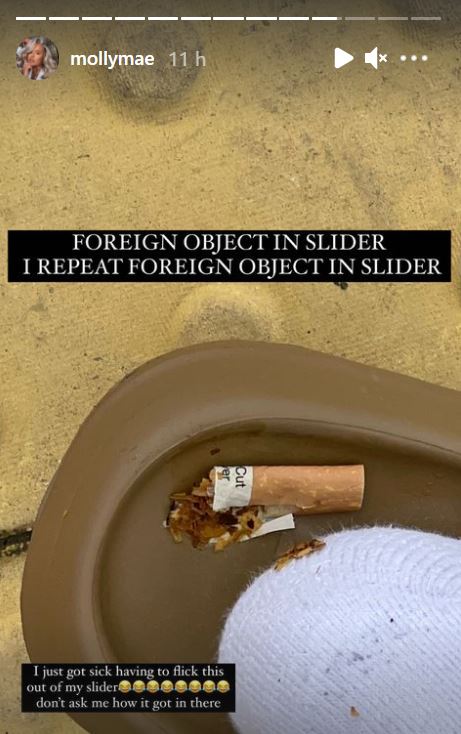 Earlier this week, Molly and BFF Maura enjoyed a relaxing girls’ day out at the spa.

The trip no doubt came as a welcome distraction to Molly, who is missing boyfriend Tommy Fury, and to Maura, who recently split from Chris Taylor.

The Love Island stars shared a series of snaps as they enjoyed a bit of a pamper, before heading home to watch a film together.

Maura, 28, declared it was the “most relaxing day” at Aria Spa  as she posted a make-up free selfie of herself. 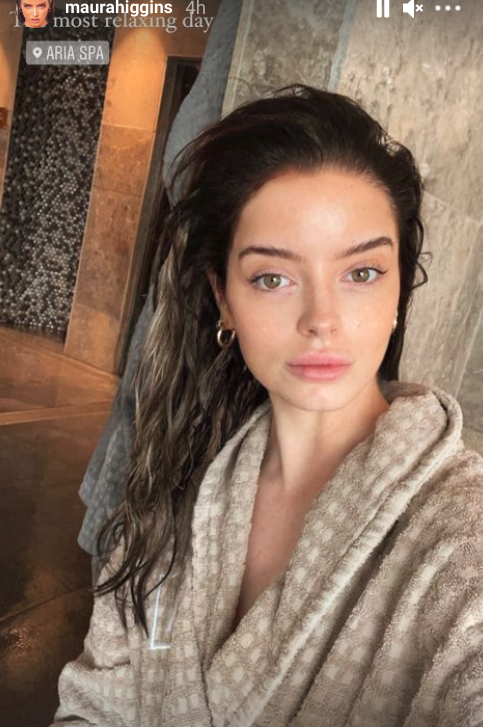 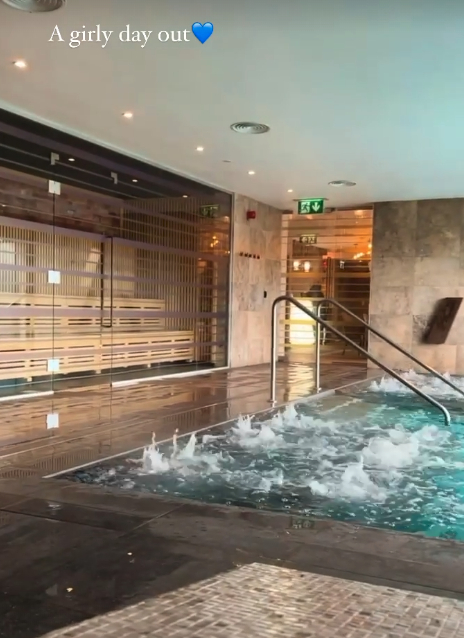 Earlier this month, The Sun revealed that Maura is currently staying with Molly in Cheshire following her recent break-up.

It’s perfect timing as Tommy, 21,  is currently in US training alongside his brother Tyson as he prepares for his big fight against Anthony Joshua.

While Molly hit the spa on Wednesday, he headed to the beach in Miami after another gruelling boxing session.

The pair have been keeping in touch via FaceTime, but have both been missing each other. 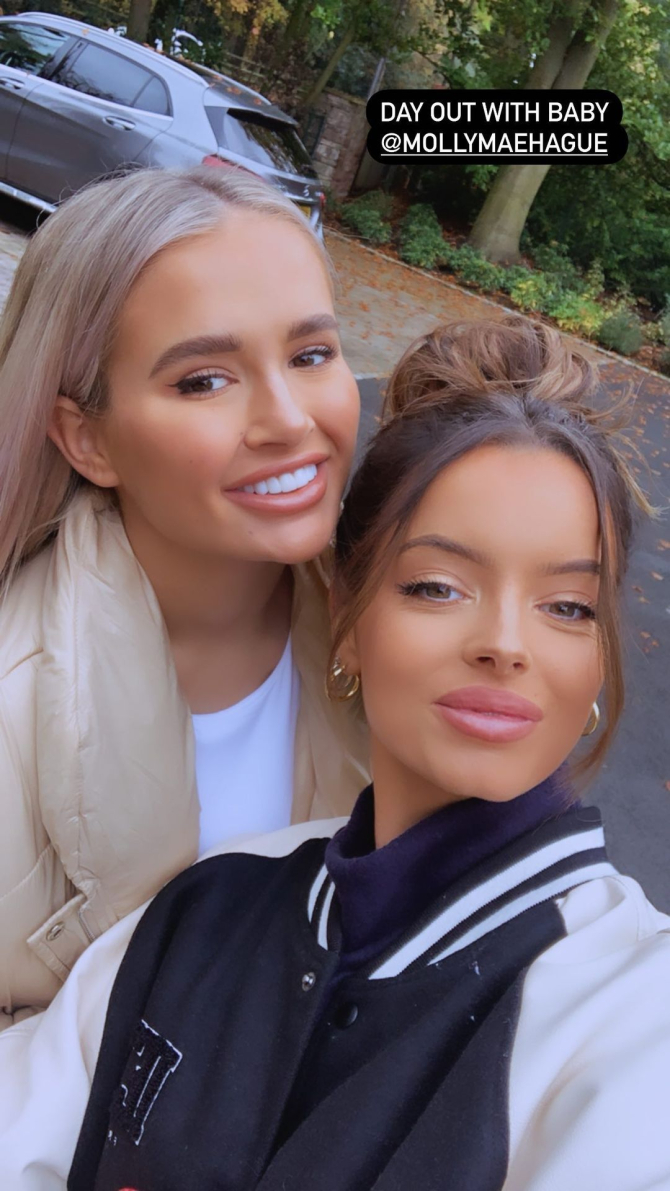 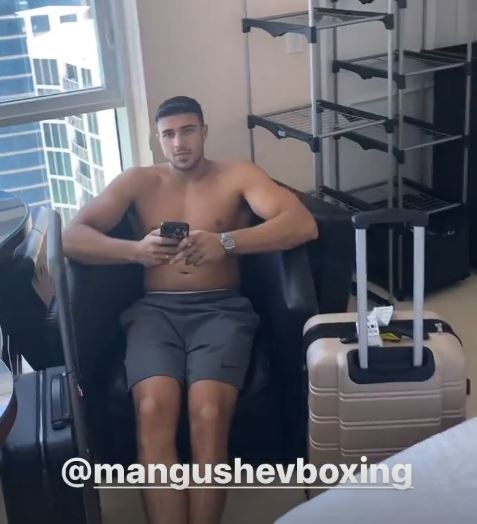 Earlier this week Molly posted a snap that showed her sitting in a car in rainy England while her beau showed off the stunning beachside view from his hotel.

She wrote: "FaceTime calls with my handsome, missing your face terribly."

The influencer then said of the view: "Must be nice".

Tommy shared the post to his own social media page, adding two love heart emojis. He also wrote: "Missing my baby very much." 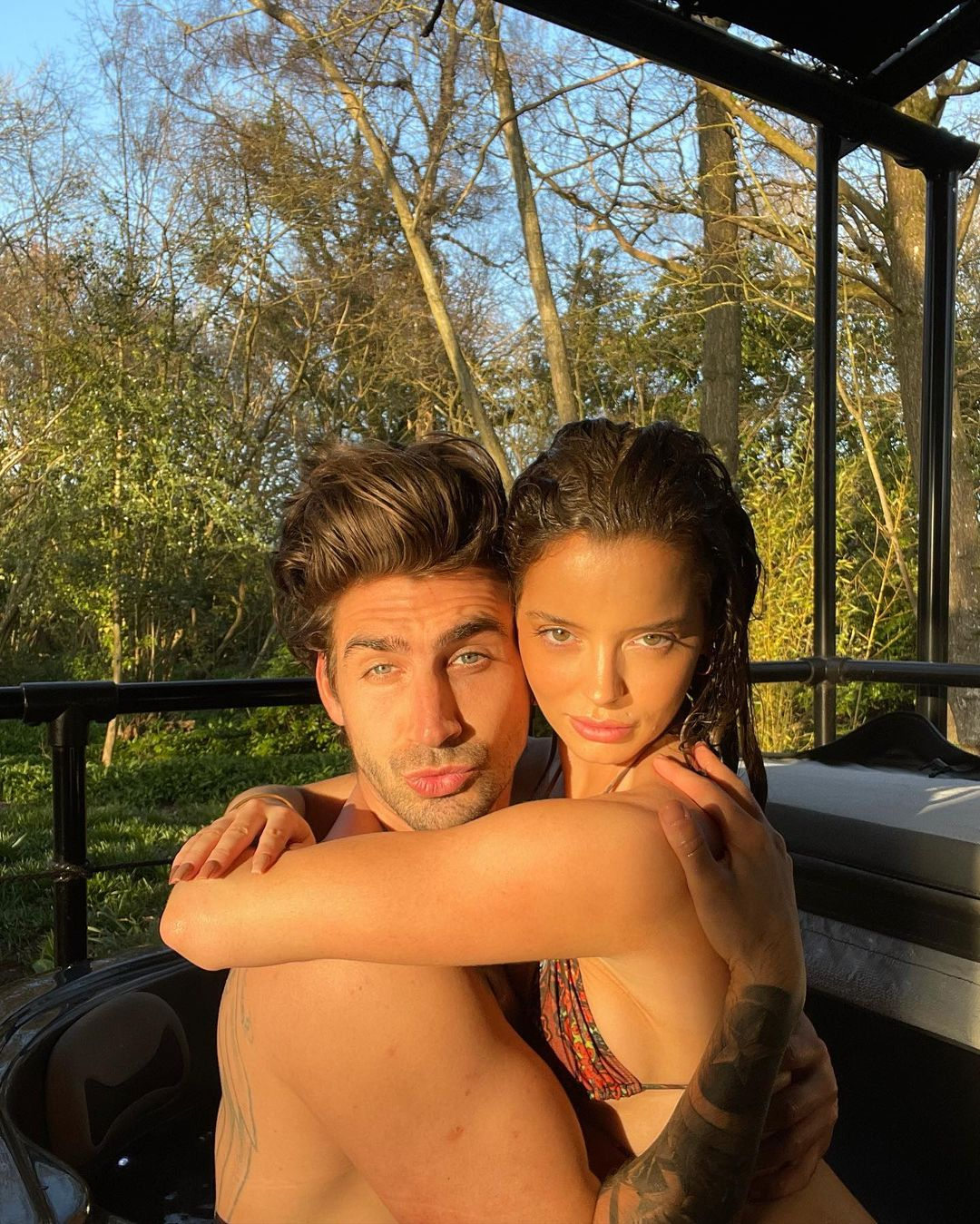 Maura broke the news on Instagram earlier this month that she and Chris, 30, had parted ways after realising they were better off as friends.

The couple, who met on Love Island, revealed their friendship had turned into romance in November of last year, but just six months later they called it quits.

Chris is also distracting himself this week and has gone on a boys' trip with some of the Love Island lads, including Joe Garratt and Jordan Hames.