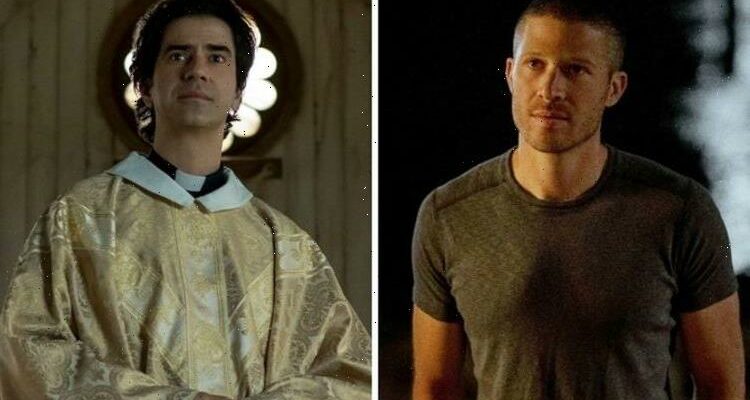 Mike Flanagan has continued his streak of horror hits after The Haunting of Hill House and The Haunting of Bly Manor with another chilling drama set against the backdrop of a small fishing community. Midnight Mass has horrified Netflix viewers this past week, but the limited series’ tragic ending might need some explanation.

Mike Flanagan has opened up about the devastating twists and turns in his new supernatural horror series, Midnight Mass.

The limited series has once again cemented the writer-director as a master of horror and Netflix viewers have been gripped over the last few days.

After a slow start to the proceedings it quickly becomes clear not all is as it seems with the island town of Crockett, or its new priest Father Paul Hill (played by Hamish Linklater).

The tiny community is soon sent into a frenzy by a series of miracles and disturbing omens.

However, a horrific plot is eventually uncovered as it’s revealed Father Hill has been gradually feeding his parish the blood of a vampire he met on a religious pilgrimage.

Flanagan revealed to Entertainment Weekly he had been developing the series for years, and the result certainly didn’t disappoint.

Even so, many viewers were distraught by the fate of recovering alcoholic (Zach Gilford), who returned to Crockett after four years in prison.

The creator told EW: “It became clear that no one was going to live.”

While young siblings Leeza (Annarah Cymone) and Warren (Igby Rigney) made it out alive, the rest of the town became victims of Hill’s misguided schemes.

Riley’s demise was particularly tragic, as he decided to end his own life after being turned into a vampire himself.

To prevent himself from slaughtering his childhood sweetheart Erin (Kate Siegel), he rode out into the sunlight to end his torture.

Flanagan explained: “The story had the kind of Jonestown sequence that made it clear we were fully telling a parable and a tragic, terrible one at that.”

Midnight Mass also deals with heavy themes such as religion, alcoholism and life after death.

These elements have been present in Flanagan’s other work, including his adaptation of Stephen King’s sequel to The Shining, Doctor Sleep, but truly take centre stage in his latest project.

He continued: “For most of this project, there was a preoccupation that I had with what happens after we die.

“What is the correct answer? How do we answer that question in life?”

After searching for an answer throughout his career as a film and television director, he ultimately realised what we do in life before death is far more important.

“The only thing that matters is how that belief changes our behavior toward each other while we’re alive.”

Rather than accepting the curse of eternal life, Riley overcomes his dark past and makes the ultimate sacrifice to prevent others from harm.

Viewers may have been upset by Midnight Mass’ shocking final blow, but the bleak conclusion is hiding an encouraging message just beneath the surface.

Midnight Mass is available to stream on Netflix.