Suffering from cold sores and desperate for a cure? How about smearing a little ear wax on your lip? Unconventional, sure, but apparently it works. And don't worry if you haven't enough of your own wax to do the job – you can use anyone's. At least according to one home remedy pitched on Medicine or Myth?, SBS's new reality TV program.

Hundreds of people applied to appear, all keen to share their passion for home-grown treatments, including using sauerkraut for acne, sage tea for hot flushes and even a beer that cures a cough. 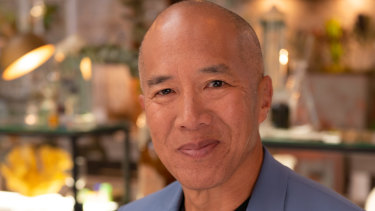 The show sees them pitch their ideas in the hope of helping others deal with medical ailments, big and small. Some are ancient remedies, others more recent. Hosted by journalist Jan Fran, it's like a Shark's Tank specifically for health issues.

The experts hear about the treatments people have devised, discuss their merits and then decide whether further investigation is warranted. At the end of each episode, feedback is given as to whether the remedy is viable. While there's a clear respect between the panellists, they do disagree.

So, were there any standout treatments? Teo says so many were wonderful but at a push he nominates the ear wax for cold sores. "How gross is that?"

My mother's Chinese, so it was Tiger Balm treatment.

There is credible science behind it though, he says, because ear wax contains anti-viral and anti-bacterial qualities.

Most of us grew up with home remedies of some variety: a teaspoon of white vinegar for the hiccups, ginger for nausea or gargling with salt water for a sore throat, to cite just a few.

Growing up in Singapore, Teo's upbringing was no different. "My mother's Chinese, so it was Tiger Balm treatment – I put Tiger Balm on my head when I had a headache, on my lips or nose when I had a cold, on my chest when I had a cough, on my tummy when I had a bit of a tummy ache. We had it in food or gravies when we had bad gastro."

For him, there were two significant factors at play in the process of making Medicine or Myth?

"There's the scientific, incredibly intriguing part of the program and then there's the emotive part of the program, which I didn't predict actually, and that is that these people truly know that their remedies work and they altruistically want to spread the word and have other people benefit from them."

"But when they tell people – certainly a doctor or a health practitioner about it – they get that look, the eye-rolling, and then they go 'Oh f— it, I'll use it but no one else wants it or believes me.'

"Then funnily, someone listens to them and gives them affirmation. There were tears on the program – it meant so much to them. Suddenly people were listening, after all these years."

Medical history is full of discoveries made through people self-testing. Michael Mosley of the BBC's Trust Me I'm A Doctor fame comes to mind, having swallowed tapeworm in a quest to investigate the benefits of parasites in the gut. He struck gold when he inadvertently created the 5:2 diet, developed during efforts to treat his type 2 diabetes. 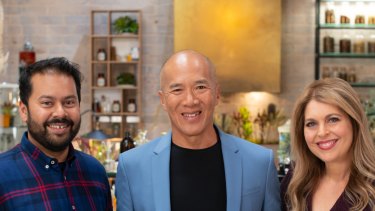 Closer to home, West Australian doctors Barry Marshall and Robin Warren were awarded the Nobel Prize for their discovery that ulcers were caused by bacteria. Marshall infected himself with bacteria, which he treated with antibiotics to prove the point. Previously, patients with ulcers often had to undergo drastic surgery, even having their stomachs removed, to treat the condition.

Teo first came to public attention when he featured on Australian Story in 2003. A paediatric brain surgeon, his work is controversial, with some arguing he gives false hope to terminally ill patients. He argues the contrary, that he spells out the risks and provides people who would otherwise die with a chance.

"All I've done is do what any doctor should have done. When I operate on these inoperable tumours, I think everyone should do that. You should say to the patient, 'look I'm not quite sure this is going to work, the books say that you shouldn't do it, everyone else tells you that you shouldn't have surgery, but your child's going to die in the next few weeks but if you're willing to give it a shot, I'll do it'."

Medicine or Myth? is Teo's first television role. His presence lends credibility to the show and he saw it as a chance to allow people a voice; it underlines his thinking that sometimes the unorthodox is worth considering. "I've always thought that the medical fraternity suffered from closed-mindedness."

When Teo was a surgical registrar at Sydney's Concorde Hospital he was also lecturing in acupuncture and chiropractry. When word got out that he was doing so, the head of surgery told him to stop. There was no discussion to be had; it was an ultimatum. "I realised that they just hated the fact that other people were invading their space."

Now, some 40 years on, Teo argues the medical fraternity has not changed a bit.

My response was how will we know if it works or not?

Last year he supported a clinical trial into cannabis and its effects on people with malignant brain tumours, alongside standard medical treatment. The research explored whether it could improve patients' quality of life by reducing symptoms such as headache, nausea and vomiting.

"I thought my colleagues would be happy, thinking ‘Thank god he's doing something scientific'. Instead I had anonymous phone calls saying I had to stop, how dare you even think about cannabis…"

These reactions were from all over, including oncologists and radiologists. "My response was how will we know if it works or not?"

Produced by Warner Bros International, the eight-week series was filmed over five days, starting at 5.30am and finishing at 10.30pm. As an in-demand brain surgeon, Teo has a fairly hellish schedule; to enable him to participate in the program, filming was organised around his availability.

"Yeah, that was my vacation time!" he says with a laugh, admitting he was exhausted by the time shooting finished.

Teo is bullish about what the program has already achieved, with several of the alternative treatments featured looking promising.

"The great thing about the show is I'm sure there are 100 times as many remedies [as we've seen]. All of those remedies could hold answers to questions we don't have answers to at the moment."