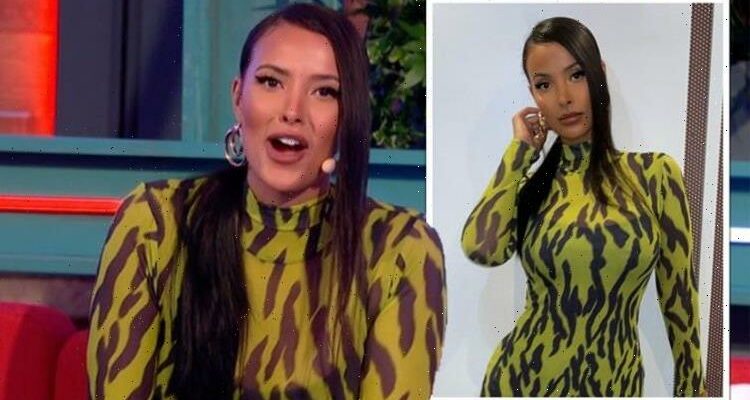 Crouchy’s Year-Late Euros: Live aired on BBC One last night (June 18) with Peter Crouch, Maya Jama and Alex Horne delving into all the big matches of the Euro’s including reaction to Scotland versus England. They were joined on the show by guests Harry Redknapp, Anne-Marie, Jordan North and Mo Gilligan. But, it seems many viewers were left distracted by Maya’s outfit choice.

But, it seems it was Maya who was getting the most attention from viewers as many took to social media to share their thoughts on her appearance on the show.

The star showed off her hourglass figure in a skin-tight green and black dress on Friday night’s episode of the BBC sport show.

She paired the dress with some black high heels and gold hoop earrings. 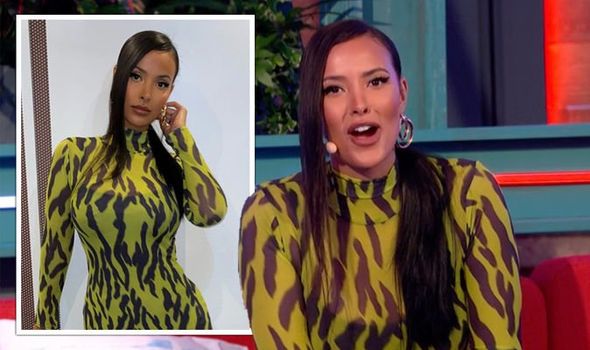 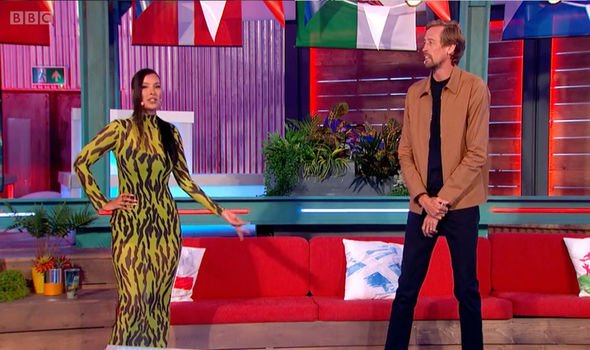 The presenter’s choice of outfit caught the eye of a number of viewers, with many quickly taking to Twitter to comment on her appearance.

One viewer wrote: “Looking much better than England did.”

“Already the best thing about this evening,” another fan agreed.

“Highlight of the game,” a third added, commenting on the presenter’s looks. 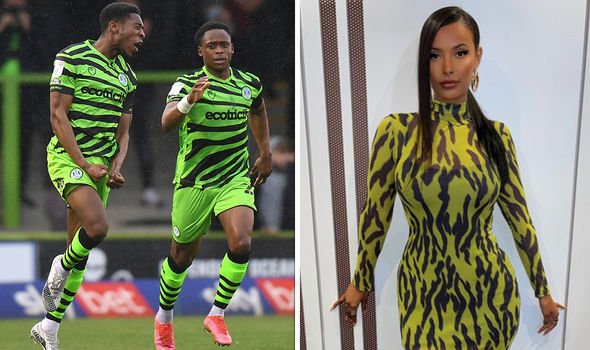 Ahead of the show Maya shared a photo of herself donning the green dress in a post on Twitter.

A number of fans replied to her post, commenting on her good looks.

Meanwhile, other viewers of Crouchy’s Year-Late Euros commented on the eye-catching print on her dress.

A number of fans jokingly compared her outfit to the football kit of Forest Green Rovers.

One Twitter user commented: “Are you wearing the new @FGRFC_Official kit for this season.”

“Snap” another viewer wrote, while sharing a photo of the Forest Green Rovers kit.

Maya ended the show by informing viewers she’d be back on screens again soon alongside Peter.

The presenting pair revealed the show would return on Wednesday (June 23) night.

Maya told viewers: “We’d love to see you guys enjoying the matches too, so send us your goal celebrations via the BBC website.

“In the meantime, good luck to England, Scotland and Wales,” she added.

Crouchy’s Year-Late Euros: Live next airs on Wednesday June 23 at 10:45pm on BBC One.