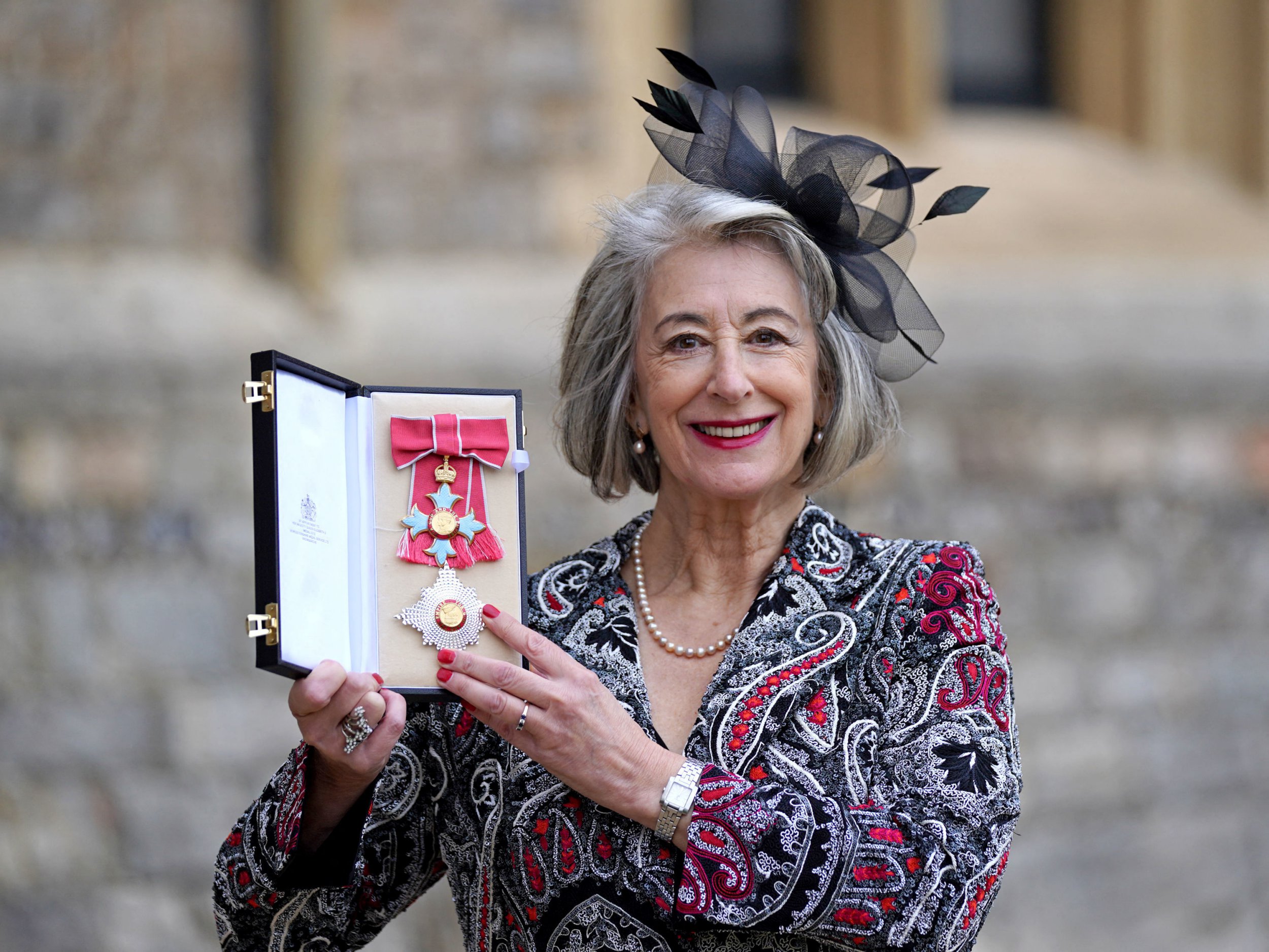 The actress, who portrays Evelyn Plummer on the ITV serial drama, received the honour from Prince Charles during an Investiture ceremony at Windsor Castle.

The 75-year-old was made a Dame Commander for services to charity, entertainment and the arts for her career which has spanned more than 50 years.

‘It’s been a long time coming,’ she said of receiving the honour, ‘I heard about it in 2020 and then I couldn’t collect it. And so the coat you bought becomes like something you don’t want to wear.’

Maureen, who is also known for starring in BT ads during the 1980s, said she raided Corrie’s wardrobe department for the special occasion.

‘Then it becomes: “What the heck do I wear on my head?” and then in the end I went to Coronation Street and I said: ‘Have you got any fascinators in wardrobe?’ and they gave me seven.

“I travelled back from Manchester with seven hats and on Tuesday I had friends round and they said, ‘Wear that, no that, not that.’

‘And I completely blew it this morning and changed my mind.’