Will Chicago Fire vet move to Med? Is SEAL Team due for a shake-up? Will the Manifest baby be full of surprises? Read on for answers to those questions plus teases from other shows!

Since Annie Ilonzeh is leaving Chicago Fire, are there any plans to bring Foster to Chicago Med? –Tiera
Well, when Fire returns on Wednesday, Nov. 11, it will be a “a few months later” in the show’s timeline, and “Foster has gone off to medical school at Northwestern,” showrunner Derek Haas tells TVLine. “We will hear some updates about how she’s doing as the season progresses.”

This Is Us has two episodes airing tonight, Oct. 27. Election coverage will air next Tuesday, Nov. 3. Is NBC going to continue to air Transplant after that, or am I going to have to resort to Amazon to see the rest of Season 1? — Andrea
Fear not, Transplant’s NBC run will resume on Nov. 10.

How will Manifest Season 3 explore Eden’s legacy as a post-Flight 828 baby who may have inherited both callings and a death date? –Kristi
“Baby Eden will become increasingly central to our Season 3 storytelling,” showrunner Jeff Rake affirms, teasing: “It will be someone outside the Stone family who first vibes there may be something special about this child.”

Will there be information about what NCIS: LA‘s Hetty is up to in the early episodes of Season 12? –Maria
Hetty’s whereabouts figure “first and foremost” in the Sunday, Nov. 8 season opener, says showrunner R. Scott Gemmill. As he reminds, “The last we saw Nell, she was going to resign and Hetty wasn’t exactly trying to talk her out of it, but suggested she takes her vacation days and think about what she wants to do. Well, in our first episode Nell has come to speak with Hetty, only to find that Hetty is not there” but “off on some misadventure” that will make her largely “incommunicado” for a few episodes — and set up at least a temporary transition of power.

I came across the announcement that Prime Video (at least in the U.S.) has acquired the show Wayne, formerly a YouTube Premium Original. Is there any hope the show will get a second season renewal at Prime Video? –Bernd
I asked around, and while one should “never say never,” I would not count on Amazon ordering Season 2 of the action comedy, which got cancelled way back in August 2019. 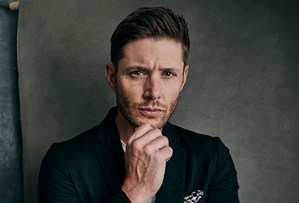 I started watching The Boys when I heard that Jensen Ackles is going to be joining the cast as Soldier Boy. Any scoop on his character that you can share? –Adder
As indicated by the original, pretty scoopy news story on his casting, Ackles’ Soldier Boy will play a pivotal role in Season 3, showrunner Eric Kripke assures TVLine, adding: “With him comes the big season mythology that he threads all the way through. The season is sort of about him.”

Any scoop on S.W.A.T. Season 4 (premiering Nov. 11)? Especially something on “Stris,” but I’ll take anything at this point. –Karen
As part of my in-depth Fall Preview Q&A with Aaron Rahsaan Thomas, the EP shared that “through the course of the season we’re going to take Chris through an emotional kind of whirlwind that’s going to test her in a way that she hasn’t been tested before — and certainly, her and Street’s friendship will be affected by that.”

Anything about Supernatural’s Castiel? –Nicki
Castiel’s deal with The Empty has not been forgotten and will play into the show’s final episodes. “It’s something we introduced last year, knowing to a degree where it was going. The story can always take twists and turns,” co-showrunner Andrew Dabb says. “But obviously, The Empty’s been a little bit more of a character this year, played by Rachel Miner, who’s done a great job. It has still got a grudge against Cas, and that will not go away.” 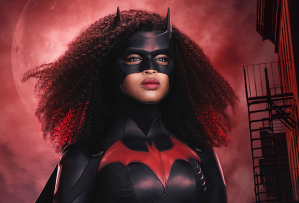 Is there any chance the new Batwoman will get to battle the Joker? Or is he definitely dead on the show?— Eve
It certainly sounds as if the CW series’ Clown Prince of Crime has had his last laugh. “One of my favorite comic books is The Killing Joke,” showrunner Caroline Dries shared with me, “and when I finished reading it, I fell into a big hole on Reddit about people’s theories about it, and it was sort of left up to interpretation if Batman had actually killed the Joker. But because we did a huge arc about Kate making her first kill (Dr. August Cartwright), I wanted to showcase that heroes cross the line sometimes, and her mentor in life did something very similar. That kind of allowed her to forgive herself, so she could move on from that chapter.”

Is there any word on an airdate for SEAL Team or what we can expect from this season? –Michelle
With Jason, Mandy, Clay and others all at distinct professional crossroads, “a lot of those characters will make some choices in the first few episodes — and some will have choices made for them,” showrunner Spencer Hudnut told me. Add in the fact that the Marsden letter (detailing a cover-up) remains a threat to the team, “When we get to these first two episodes, the audience will be surprised by what Bravo looks like,” says the EP. 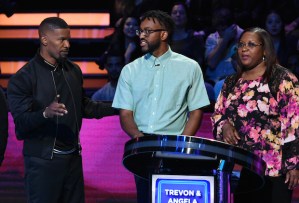 I have two questions, about Fox shows: Did Spin the Wheel officially get cancelled? And when will Beat Shazam air? (I believe they filmed a new season.) –Mike
Indeed, Beat Shazam‘s pre-COVID Season 4 is in the can and ready to come off the bench as needed. As for the Dax Shepard-hosted Spin the Wheel, which last aired well over a year ago, no official decision has been made about its fate.

If you want the Inside Line on a favorite show, email [email protected]! Questions left in Comments will not be read and may count against your final score. (With additional reporting by Vlada Gelman)