Charlotte Edwards and Isabelle Westbury on the challenges facing women in sport, broadcasting and journalism

Horse racing: Don't rule out this 14-1 shot at Lingfield who has recent winning form at the course Is there room for two queens on a single island? In a single movie? The answers, according to “Mary Queen of Scots,” are “not quite” and “almost.” The monarchs in question are Mary, played by Saoirse Ronan, and her cousin Elizabeth I, played by Margot Robbie. The history books cast them as bitter rivals, but the film imagines them as long-distance frenemies.

Flashing back from the moment of Mary’s execution in 1587 to her arrival on a Scottish beach more than a quarter-century earlier, the director, Josie Rourke, and the screenwriter, Beau Willimon (“House of Cards”), conjure parallel courts in which the monarchs are sometimes pawns of entrenched male power. Mary, already a widow and still in her teens, alights from France as an avatar of worldliness and modernity in a rugged, clannish country. Her dresses bring a splash of bright color into the dark, brooding atmosphere, much as her temperament flavors the dreary affairs of state with wit and charisma. (The costume designer is Alexandra Byrne, who won an Oscar for her work on “Elizabeth: The Golden Age.”)

Meanwhile, in England, Elizabeth, a virgin for whom a politically suitable husband can’t be found, dwells in a prison of pageantry and high pomp. Her clothes, hair and makeup are more lavish than Mary’s — Elizabeth’s kingdom is an expanding empire — and her freedom of action more severely constrained. The two rulers, both fairly young when the story begins, are joined by blood and separated by religion. Elizabeth, daughter of Henry VIII, is Protestant while her cousin, once married to the King of France, is Catholic.

[A conversation with the stars of the movie.]

This creates a set of conflicts between them and ample opportunities for treachery among their subjects. Each queen is, to some degree, a pawn, manipulated by opportunistic courtiers and politicians who proclaim loyalty to the sovereigns they seek to undermine. No man is entirely trustworthy. Ostensibly loyal ambassadors pursue their own agendas. Suitors, lovers and ministers of state prove less than reliable.

Even Mary’s beloved older brother, James (James McArdle), is capable of betrayal. She doesn’t always realize how much danger she is in. Elizabeth, for her part, enjoys more security, but at the price of her happiness and autonomy. As Mary thrives and tests the limits of her independence, surrounded by affectionate ladies in waiting, Elizabeth becomes increasingly brittle and remote, alienated from her own affections and encased in elaborate costumes.

The narrow question that drives the plot has to do with the coexistence of two countries with overlapping royal lines. An heir to Mary’s throne might also claim Elizabeth’s, and Mary herself is seen as a threat to her cousin’s position. History has generally treated Mary as a villain, and “Mary Queen of Scots” seeks both to revise this judgment and to examine its sources in misogyny, nationalism and bigotry.

Its case in her defense is somewhat persuasive and enjoyably anachronistic. At times, Mary’s declarations of tolerance — for foreigners, sexual nonconformists and freethinkers — sound a bit too closely tailored to 21st-century sensibilities, but the overall picture of a fractious and diverse 16th-century Britain also serves as a corrective to tidy, traditional views of the past. 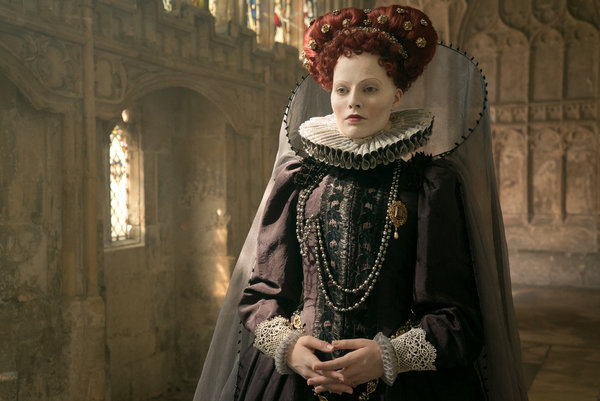 Not that sex can be separated from politics. As Mary’s ambitions become more apparent, John Knox (David Tennant), a powerful Protestant preacher, excoriates her from the pulpit in language that links her power with sexual wantonness. Mary’s body, like Elizabeth’s, is a symbol and vessel of the nation’s integrity, and therefore it isn’t entirely hers. The tragic implications of that fact, and of her rebellion against it, are what hold “Mary Queen of Scots” together, giving it a political sharpness that goes beyond the usual costume-drama murmurings.

That coherence, and the contrast between Robbie’s spooky, mannered performance and Ronan’s spirited openness, make the movie consistently interesting even if it’s not always convincing. It looks beautiful and moves swiftly but never quite takes full imaginative flight.

Part of the problem is that the script’s ideas about gender and power can seem simple and schematic, resting on notions of women’s natural solidarity and compassion that European history doesn’t quite support. The supposition seems to be that the two queens would have been natural allies — and England and Scotland might have settled their differences — if it weren’t for all the meddlesome men in their doublets and beards.

At the same time, in order to rehabilitate Mary, the filmmakers are driven to humiliate Elizabeth, who is a neurotic, indecisive introvert in contrast to her vivacious, outgoing cousin. The possibility that Elizabeth could have been a shrewd and ruthless political player in her own right — a Machiavellian prince rather than a cursed fairy tale princess — is ruled out.

No doubt the usual pedantic fact-checking will follow the release of “Mary Queen of Scots.” I have neither the expertise nor the temperament for such an exercise, and I admire the audacity and intelligence of the performers and the filmmakers in pursuing a vigorous and provocative historical fiction, even one that doesn’t entirely work. 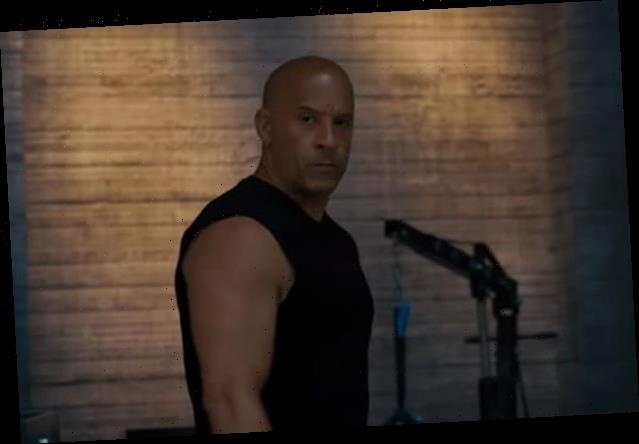 'Moxie': What Else Has Patrick Schwarzenegger Been in?
WORLD NEWS