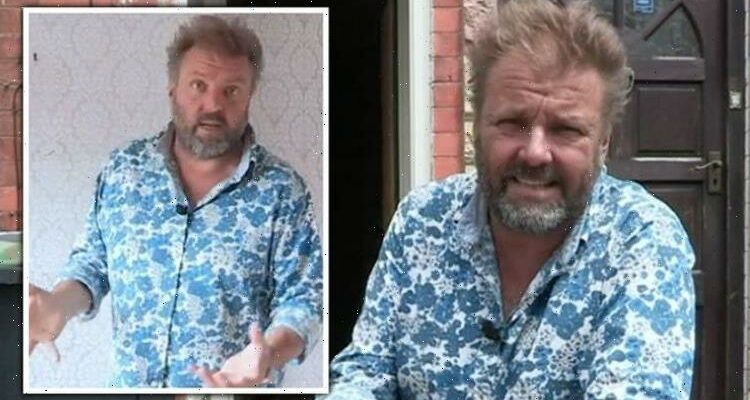 Homes Under the Hammer: Martin says loft hatch is 'unusable'

Martin Roberts visited Rushden in Northamptonshire to take a look around a property in a previously aired episode of Homes Under the Hammer. The BBC presenter noted the house had plenty to offer but was confused by one “unusable” element which he warned may need further investigation.

Martin began: “Well very close to the centre of Rushden is a property I’m going to see, it’s a mid-terrace £50,000 but I have to say in terms of curb appeal it’s not doing too well.”

Once inside, he continued: “So what have we got? Entrance hall here, nice bit of tiling.

“And then through into this knocked through the living area but before I go any further the thing that hits you when you walk through the door is the smell.

“I don’t know what it is but it’s not very nice,” he remarked. “The thing is with smells you’d think they’d go if it’s not being lived in but not if stuff has seeped into floorboards.” 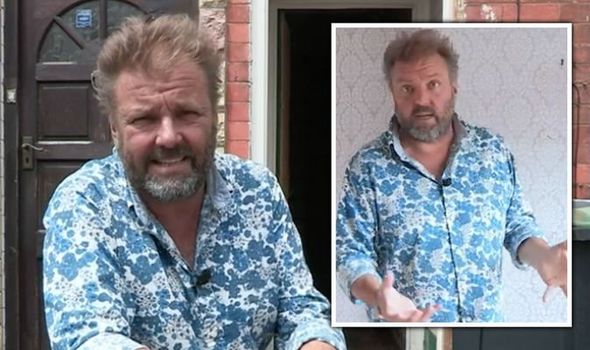 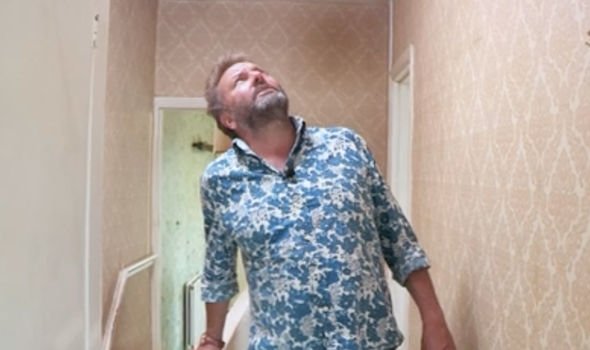 Despite the smell, Martin noted the potential storage space the house had to offer as well as a derelict small outbuilding.

The Homes Under the Hammer presenter wasn’t impressed with the enormous apple tree in the overgrown garden.

Back in the house, Martin spotted a large bathroom that was in desperate need of renovation. 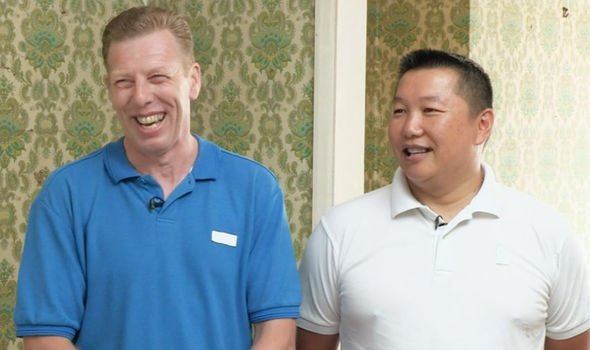 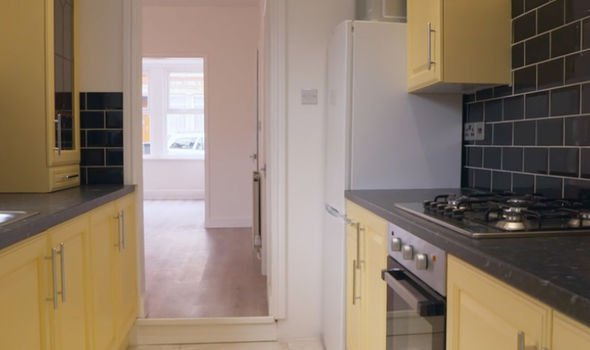 Martin commented: “At the top of the stairs, a nice surprise, a really good sized bathroom, almost too big.

“You’re going to need a new bathroom suite unless you’re a reptile and then it’s perfect.”

Stopping in the hallway, Martin looked up to the ceiling and remarked: “I love that.

“As a loft hatch, that’s a little bit unusable for the majority of people.”

The loft hatch was found on the house’s very high ceiling with no clear way to reach it.

Explaining why they decided to purchase the property, Gareth said: “We were looking for a new project in the area and this fits the bill perfectly.”

“We’re going to do up the whole house because it’s quite dated, with the living room we’re going to strip the walls and level the floor,” Tony explained.

“With the kitchen, we’ll obviously fit in new units and for the outside toilet we might open it up and put a utility/cloakroom in there.”

“Upstairs we might squeeze a toilet into one of the bedrooms and try and turn it into a three-bed again,” Gareth added.

The business partners hoped to spend £10,000 on the project and complete it within 16 weeks.

Martin returned 12 months later and was thrilled to see the house had been renovated to an excellent standard.

Homes Under the Hammer airs on BBC One on weekdays at 10am.