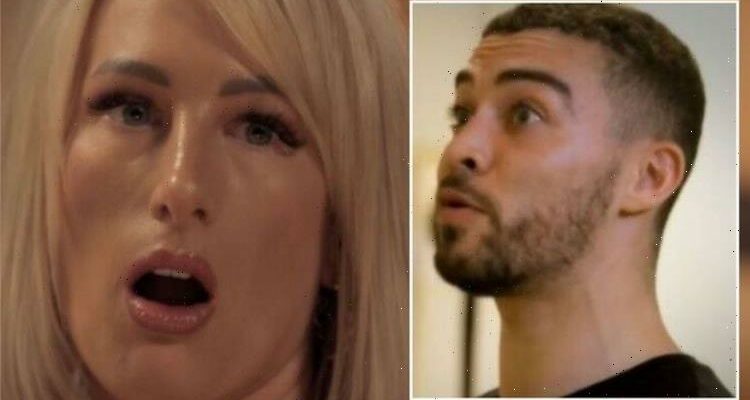 Married At First Sight UK is set to make its returns to Channel 4 screens later this year, sending fans into meltdown. The bold social experiment where single people, matched by experts, marry total strangers, whom they meet for the very first time on their wedding day. The show’s bosses have hit back at rumours claiming many of the cast members had dropped out of the new series.

The Sun had reported that a number of singletons had changed their minds before making it down the aisle but Channel 4 have addressed the claims in a statement.

A spokesperson said: “We take the matching process on Married at First Sight UK extremely seriously to ensure we make the right matches for all potential contributors.

“For this forthcoming series, we had a record number of applications and the series is now fully cast with some amazing couples-to-be.

“We can’t wait for you to meet them,” the broadcaster added.

The seventh series was announced in January, following the huge success of its previous seasons.

Former cast stars Daniel McKee and Matt Jameson, from season six, are still together and even relocated to Dan’s home in Northern Ireland after filming.

As the show’s first-ever gay couple, Daniel, who is from Northern Ireland, said: “It’s amazing to be one half of the first gay couple.

“Gay marriage has only been legalised very recently in Northern Ireland, which is absolutely shocking.

“And, now that I can share my relationship with the world, I find that so important,” he told Heart UK.

In last year’s season, five out of the seven couples had split.

Amongst those who had parted ways,  Franky Spencer and Marilyse Corrigan broke up weeks after the reunion show.

Franky has met Marilyse’s friends and sister and has revealed he is prepared to move back from Dubai but did share his concerns over dating someone who had children.

She told The Sun: “It’s really sad as we got on really well and Franky has a heart of gold.”

The reality star confessed the experience was ‘full-on’, after she admitted: “I saw a lot of Franky and that probably spoiled it because we spent too much time together.”

“Eventually things just went a bit dry and we ended up being more like friends than people in a relationship.”

Another couple to have split was Amy Christophers and Josh Christie, who had a great start to the show.

Unfortunately, the pair decided to call it quits, despite saying yes to their relationship when renewing their vows.

After Amy went home to Cornwall to spend time with their family after the experiment, she accused her husband of “checking out” of the relationship.

“Something happened and that was it,” Amy told the experts, continuing: “10 days isn’t a lot, and I’m sorry if you can lose your feelings in 10 days, then were they even f*****g real?”

Amy went on to admit she had been in love with Josh, continuing: “I still have a lot of feelings.”