Mark “The Beast” Lebbett wasn’t impressed with player Felix’s quip on the ITV gameshow, and told him to “leave the dad jokes to Bradley”. It came as the player made a Tom Jones pun over one of the questions he had answered incorrectly, resulting in Mark’s disgruntled remark. However, presenter Bradley Walsh stated, “I love it”, and had the audience laughing as he attempted to take the credit for it.

Felix, 26, had been storming through his round after achieving £6,000 in his cash-builder, an amount he opted to play for.

During his head-to-head against The Beast, Felix made a joke over one of the questions.

It came as he was asked: “Which of these singers performed a Bond theme song first?”

The presenter smiled as he commented: “I love questions like this.” 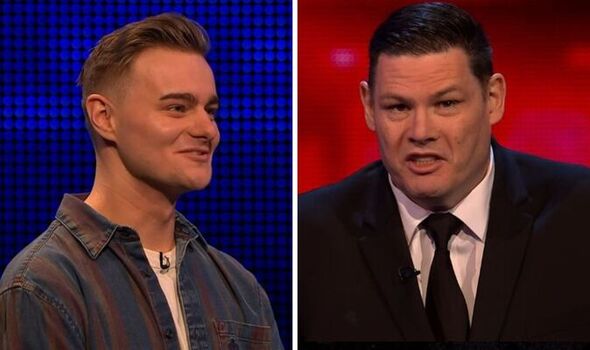 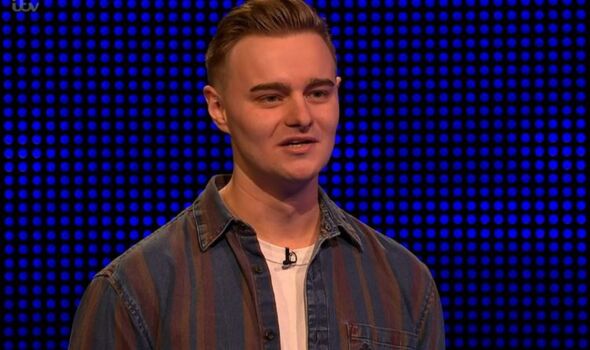 Felix incorrectly went with Rita Coolidge, and typically, the Chaser had answered correctly. Bradley confirmed: “It was Tom Jones.”

He added: “Thunderball. The Chaser’s put… Tom Jones.” Mark explained his thought process for the answer.

“Definitely Thunderball in the ’60s,” he remarked. “Sheena Easton was For Your Eyes Only and Rita Coolidge was All Time High, which was the theme tune for Octopussy.” 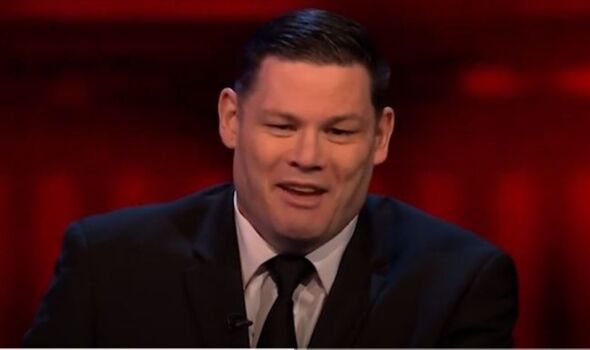 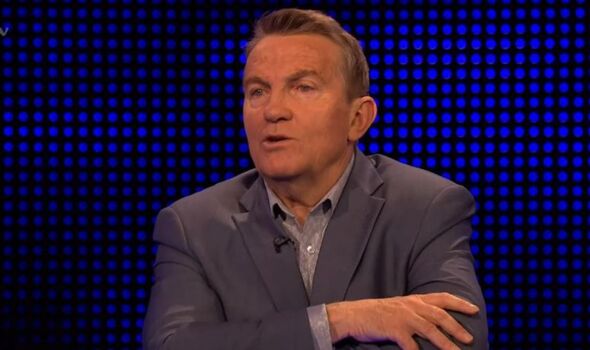 “I thought it was What’s New, Octopussycat,” Felix joked, referencing another of Tom Jones’ famous hits.

Bradley smirked while the Chaser replied: “Look, leave the dad jokes to him!”

He couldn’t help but play along though, repeating: “So, you know what, I thought it was What’s New, Octopussycat.”

Joker Felix managed to get through his round and take the £6,000 back to his team.

However, he and teammate Kimia faced a tough challenge after that

Unfortunately, Suzi had already been caught by the Chaser, and with Craig up last, the stakes were high.

His fellow players appeared shocked after advising him to take a minus offer.

Despite a strong performance, Craig was caught, leaving just Felix and Kimia alone to face The Beast in the Final Chase.

Sadly, the two lost the £13,000 they had jointly won because they were no match for Mark.

The Chase airs weekdays from 5pm on ITV.