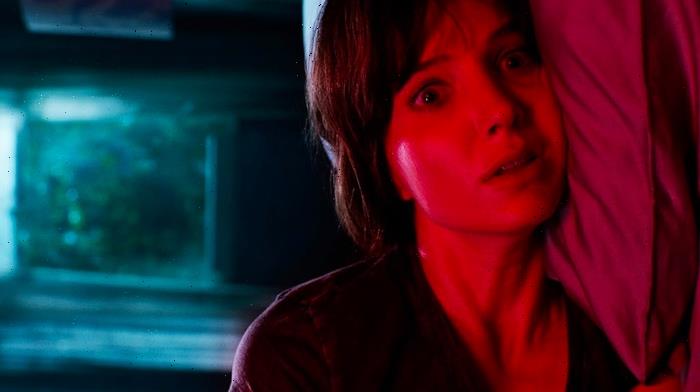 Some new Malignant footage just arrived via a TV spot, and while it’s not much — 30 seconds, all told — we’ll take what we can get.

The upcoming movie is James Wan‘s return to horror, marking the first time he’s helmed a horror movie since 2016’s The Conjuring 2. According to Wan himself, Malignant is going to be something different. “I don’t want peoples’ perception of me to get stale,” he said. “I don’t want people to keep thinking, ‘Oh, James is just doing the same thing again and again because he’s able to do it. He does it well, and that’s all he does.’” Watch the Malignant TV spot below.

*Only available on the Ad-Free plan, streaming in the US only for 31 days from its theatrical release. pic.twitter.com/tfhkJguy3s

I’ve been eagerly anticipating James Wan’s return to horror and, thankfully, the wait is almost over. Saw helped launch Wan’s career, and he went on to direct horror (or horror-adjacent) titles like the criminally underrated killer puppet movie Dead Silence, the gnarly Death Sentence, haunted house flicks Insidious and Insidious: Chapter 2, and the Conjuring entires The Conjuring and The Conjuring 2. But Wan also went off to dabble in other genres, helming Furious 7 and Aquaman.

Thankfully, he’s back helming horror with Malignant, a giallo-inspired movie that arrives in theaters and on HBO Max in September.

In Malignant, “Madison is paralyzed by shocking visions of grisly murders, and her torment worsens as she discovers that these waking dreams are in fact terrifying realities.” Annabelle Wallis (Annabelle), Maddie Hasson (Mr. Mercedes), George Young (Containment), Michole Briana White (Dead to Me), Jacqueline McKenzie (Reckoning), Jake Abel (Supernatural), and Ingrid Bisu (The Conjuring: The Devil Made Me Do It) star.

You can catch Malignant in theaters on September 10, 2021, and also on HBO Max via their Ad-Free plan in 4K UHD, HDR10, and Dolby Vision on supported devices starting the same exact day, for 31 days.

This Is Not a Jump Scare Film

While so much of Malignant remains shrouded in secrecy, some of James Wan’s comments give us clues as to what to expect. Wan has said that Malignant “is not a jump scare film,” adding:

“And I worked very hard to make a movie that doesn’t really have my traditional jump scares because it’s not that kind of a movie. And I feel like I know that people now associate me with demonic possessions, and haunted houses, and stuff like that. And so with that in mind, I knew I wanted to play with peoples’ perception of me.”

Wan also said that the film is his homage “to Argento’s Opera and Terror at the Opera, and it really has shades of all those ’80s and sometimes ’70s of more violent and visceral thrillers.” Brain De Palma was also an influence, with Wan stating: “I would definitely say it’s more in the vein of Raising Cain, Dressed to Kill…It’s in the vein of [his] most outrageous whodunit vision.”

All of this sounds pretty damn great to me, and I remain excited for Malignant.