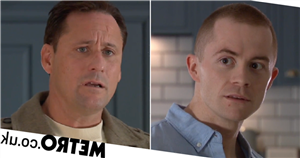 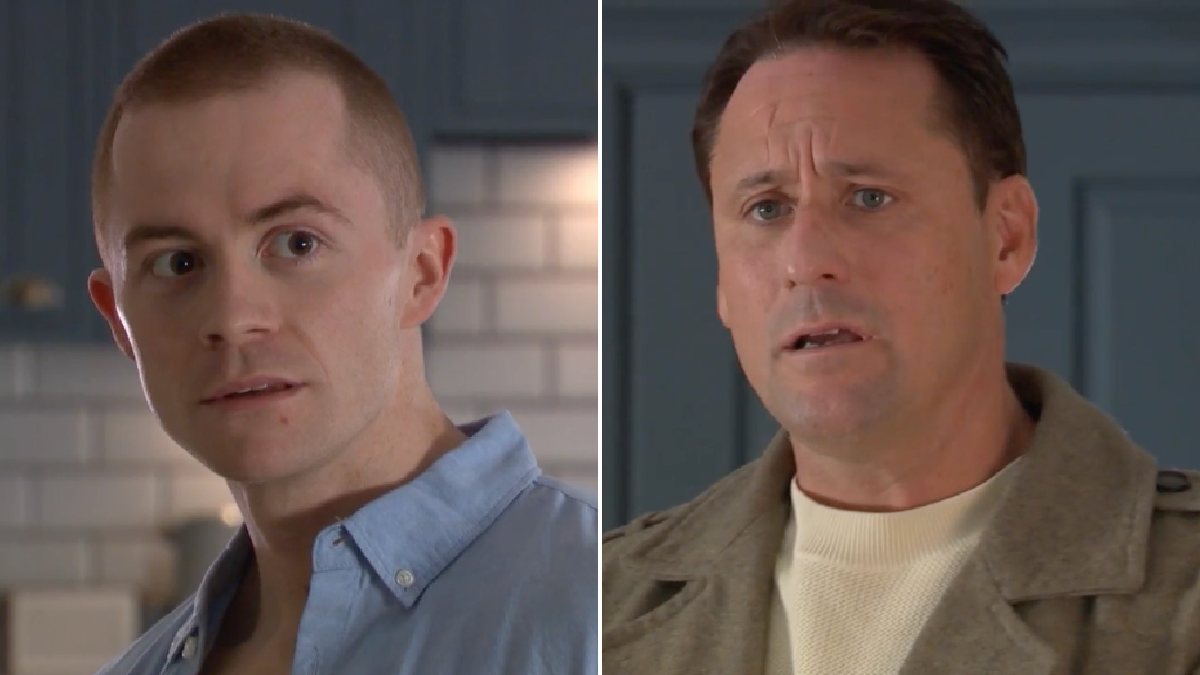 Hollyoaks legend Tony Hutchinson (Nick Pickard) was taken aback to find a young man in his home, but the bigger shock came moments later when he discovered that said young man was his own flesh and blood.

Eric (Angus Castle-Doughty), is biological brother, rocked up in the eponymous village several weeks ago in a bid to find Verity (Eva O’Hara).

But upon locating her, the newcomer decided that he’d made a mistake, and thus scarpered, but Wednesday’s (April 6) edition of the Channel 4 soap saw him reconsider his decision, as he returned to Hollyoaks once more.

Eric arrived in The Dog, asking for his sister.

Theresa McQueen (Jorgie Porter) was piqued by his interest in Verity and thus made it her mission to find out more about the mystery man who’d propped himself up against the bar.

An accident, however, soon left her apologetic, as she spilled Eric’s drink on his shirt. In a bid to make amends, she invited him upstairs to get out of his wet clothes and into something of Tony’s.

It was here that Eric came face-to-face with brother Tony for the first time, as Verity – stunned by Eric’s presence – made the introductions.

Just how will Tony react? Will he be keen to get to know Eric? What’s more, just what is it that’s brought Eric to the village?

The answers to that last question may well be revealed, with Thursday’s (April 7) offering of the show seeing Verity question her brother about his presence in the village.

But will he tell her his reasons for turning up?

Hollyoaks continues Thursday April 7 at 7pm on E4, or catch the next episode on All4 that very morning.