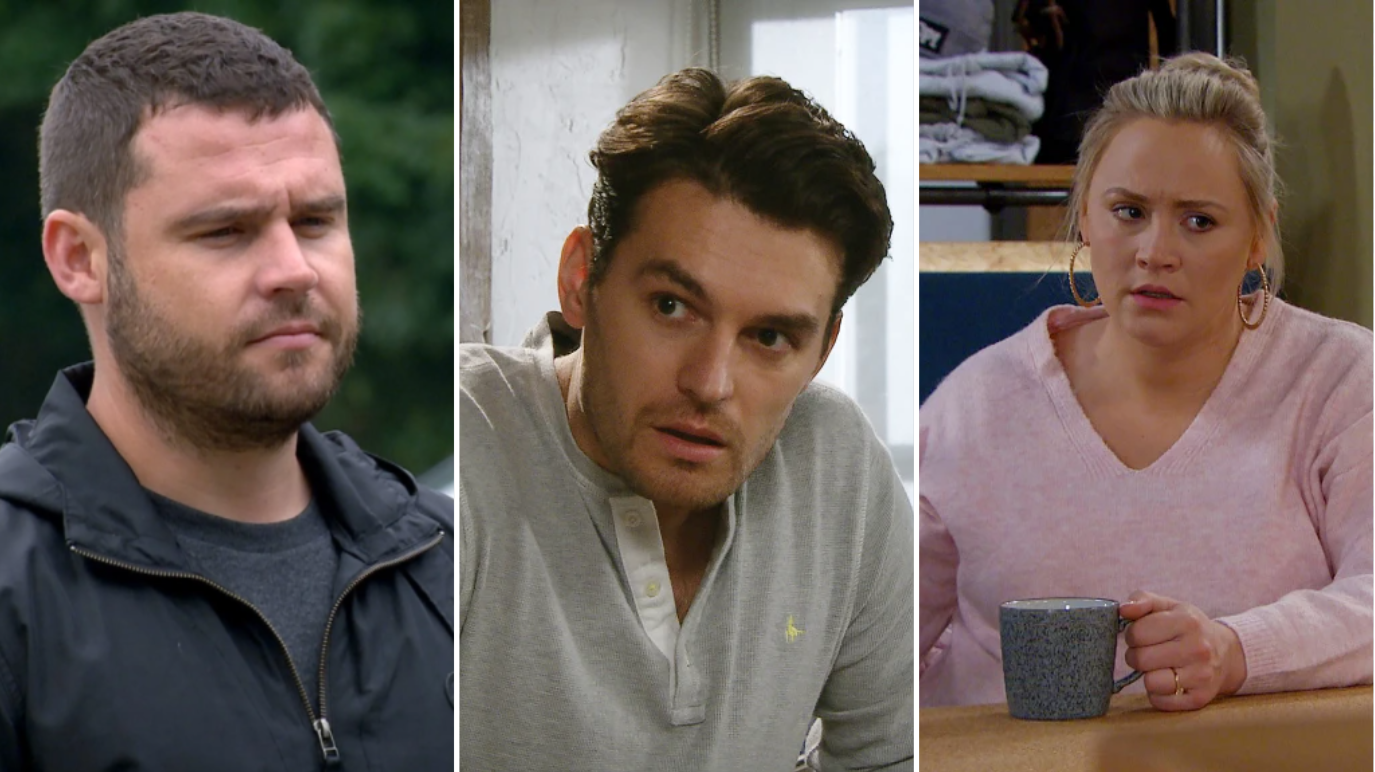 The mystery surrounding Mackenzie Boyd’s (Lawrence Robb) one-night stand continues in Emmerdale, and it’s left many fans wondering if the person he slept with has something to do with the characters returning to the village for the soap’s 50th anniversary.

Alright, Diane (Elizabeth Estensen) aside, Aaron (Danny Miller) and Tracy (Amy Walsh) are two people heading back to the Dales soon, which has caused speculation one of them could’ve been in bed with Mack last week.

Regarding what we know so far…short answer? Not a great deal.

One thing we did recently discovered is that the person Mackenzie slept with is a visitor to the Woolpack, as they made a deal to keep at a distance if they ever spotted each other in the pub.

The theory Mackenzie and Aaron could’ve reignited their spark is a good one, we’ll say that – and a lot of fans are in agreement with each other.

‘That was Aaron in bed with Mack, right?’, one Twitter user said.

So I don’t think the secret person Mack slept with is a female. Just not sure who from the village it could be. Is this going to be how Aaron makes a return maybe? ð¤ #Emmerdale

That was Aaron in bed with Mack right? ð¤ª #emmerdale

I think its Aaron he’s coming back they always had a connection and it would be a twist just my thoughts !! ð® #Emmerdale

Unfortunately though, the official Emmerdale Programme Information (PI) states that: ‘Later, after opening up to Moira, Charity is intent on fixing things with Mack unaware he’s in bed with a mysterious woman.’

So, that puts the theory that Aaron slept with Mack to bed.

When it comes to Tracy, previous producer comments allow us to know she’s returning with a secret set to shock Nate (Jurell Carter).

Could it be that she slept with his friend? This fan thinks they’ve worked out the connection.

‘Just had a thought what if Macks mystery woman Is Tracy that’s why they had him tell Nate she’s due to come back to the village soon I’m definitely calling it it’s Tracy’, they wondered.

It would make for an interesting aftermath when the truth is revealed, that’s for sure!