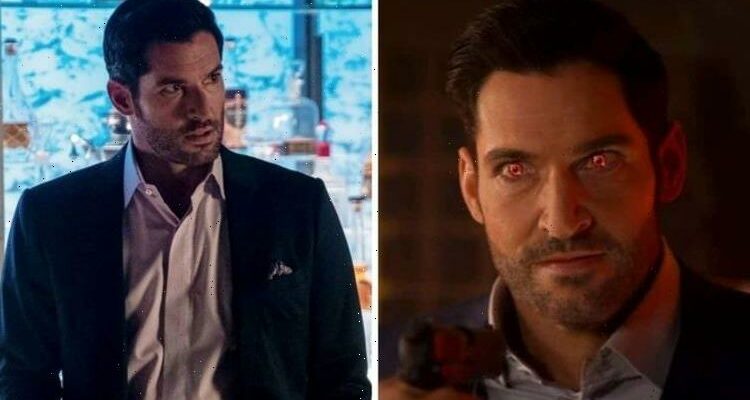 The wait for new Lucifer content has started once again as most fans have now had the chance to devour all eight episodes of the thrilling conclusion to season five. Thankfully, Netflix has given its subscribers a treat in the form of a compilation of the latest outing’s best blunders, goofs and outtakes.

Tom Ellis decried his three years at drama school in an uproarious clip from the set of Lucifer season five.

After the fifth season finally concluded at the end of May, the Netflix series decided to feature the cast at the best and worst in a hilarious new gag reel.

The clips feature a cavalcade of botched line readings, awkward moments and funny outbursts from the all star cast.

Near the end of the compilation, British actor Tom Ellis appeared frustrated as he and his co-star Lauren German got ready for another signature interrogation scene. 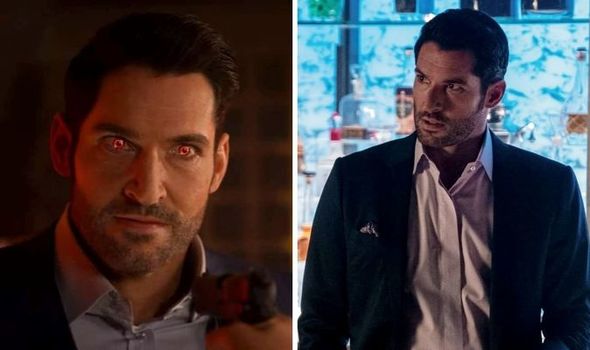 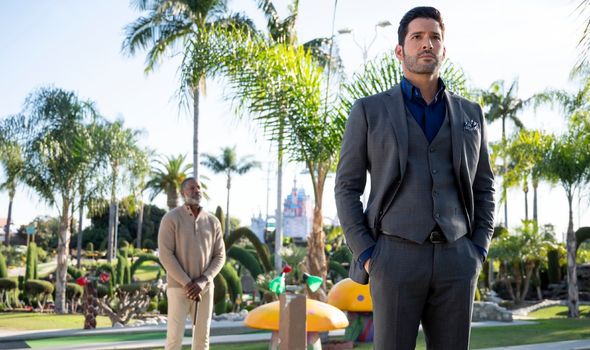 The star sighs heavily whilst looking through Lucifer’s stacks of paperwork as German giggles next to him.

He then exclaims: “Three years of drama school for this s**t. Okay.”

It’s unclear what exactly it was that annoyed the Lucifer leading man, but German’s response seems to suggest his outcry wasn’t entirely serious.

Even so, it’s easy to see why season five’s interrogation scenes may have tested his patience. 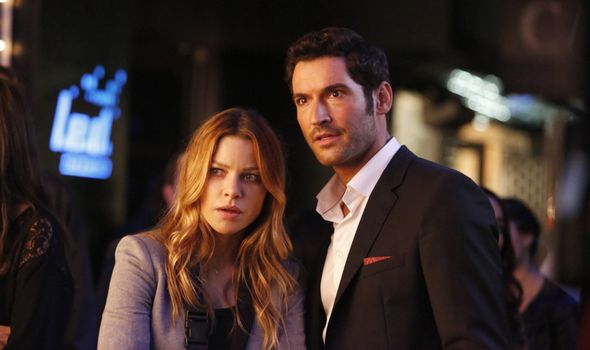 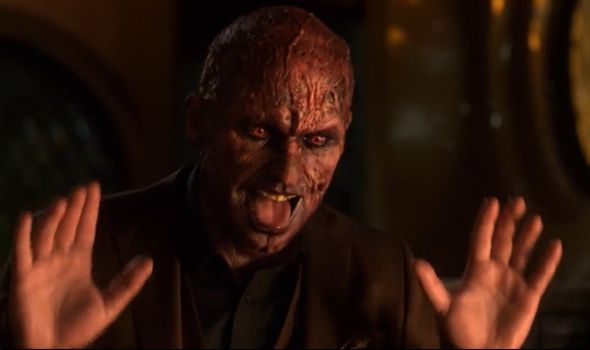 Both halves of the latest outing featured a lengthy montage in which Lucifer and Chloe question a wide array of potential suspects.

These sequences would have likely taken days to complete, which would have meant a lot of sitting still in the same position.

The Welsh-born performer did, in fact, spend three years studying acting at the Royal Scottish Academy of Music and Drama.

Having started his career in the sitcom Miranda, as well as supporting parts in Merlin and Doctor Who for the BBC, he was an unconventional pick for the lead of a major US drama.

Ellis may still be surprised as his earlier fans were that he was then spending most of his time shooting one of the worlds biggest shows in Los Angeles.

However, his comment put the perfect cap on the new gag reel, which proved that the tone on set wasn’t always as serious as some of the show’s darker moments.

At one point, Ellis’s frustration got the better of him yet again as, in character as an enraged Lucifer, he takes his anger out at a piece of the show’s set.

And another of the show’s steamier moments saw Ellis flub his line when he propositions Chloe, prompting an exasperated ‘for f**k’s sake!’

Finally, the actor teased his co-star Lauren German by joking her water bottle was actually filled to the brim with vodka.

Season five of the series was already packed with more jokes than any other instalment so far, and the new gag reel has proven the cast are just as funny when they’re not in character.

One viewer commented on the new video: “The best and funniest cast in the world, I would die for them.”

Lucifer Season 5, Part 2 is available to stream on Netflix.