Things got hot and heavy on tonight’s Love Island.

After the Islanders received a text nominating one couple to spend a romantic night away together, Anna Vakili and Jordan Hames were soon picked.

Jordan made sure he gave Anna the night of her life as he performed a strip tease for her.

The hunk soon blindfolded the London pharmacist before tickling her with a feather duster.

He soon stripped down in a raunchy tease for the brunette bombshell.

Reflecting on her alone time with Jordan, she said: “It was everything in one.

“It was romantic, it was funny, it was sexy.” 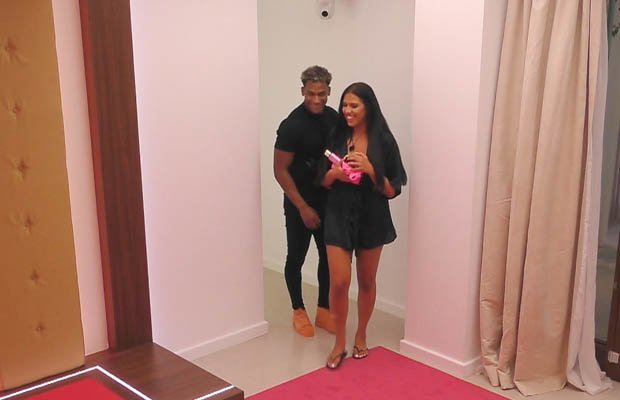 Elsewhere in the villa, Maura and Curtis were seen getting handsy under the duvet.

The next morning, Anna warned Jordan not to tell the boys they had “done bits”.